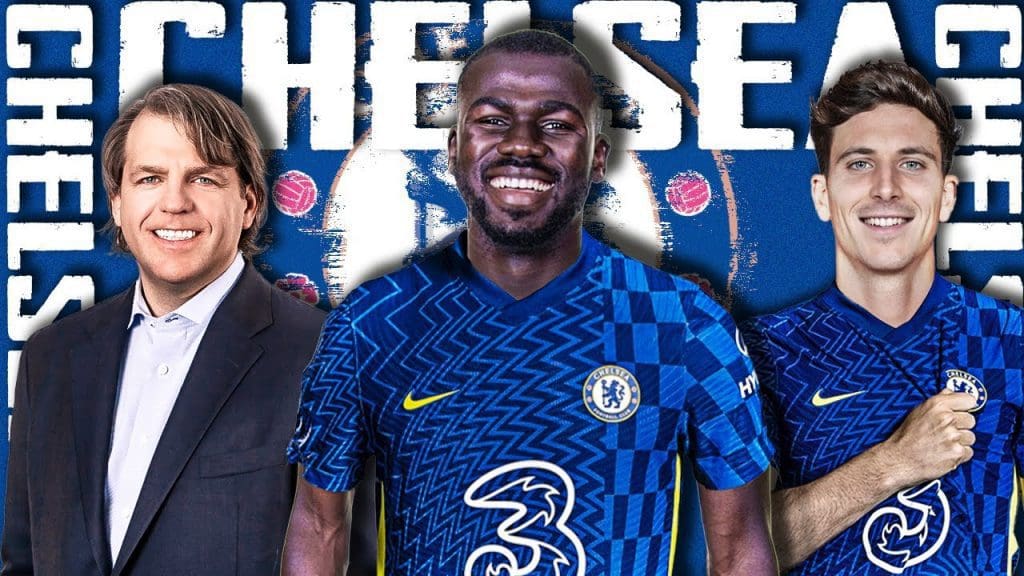 A big summer of change awaits at Stamford Bridge. As the chosen bidder Todd Boehly sat in the executive box at the Bridge last Saturday, he saw Chelsea squander a 2-0 lead to be held by Wolverhampton Wanderers – an occurrence that has become way too frequent with the club hanging in limbo following the sanctions handed to their outgoing owner Roman Abramovich.

Not only have the sanctions directly affected a team who seem to have lost a chunk of their momentum, but their indirect impact has also been felt – there seems to be a lot of player uncertainty at the Bridge at the moment, with multiple defenders seemingly on their way out of the club. While Andreas Christensen, César Azpilicueta and Marcos Alonso are all linked with a move to Barcelona, key man Antonio Rüdiger has recently signed a contract to join Real Madrid following the end of the season – majorly weakening the Blues on the defensive front.

While the other departures would certainly deal a blow to their defensive depth, it is the German defender’s loss which is likely to be felt the most – Rüdiger cemented himself as one of the first names on the team sheet over the past year or so, imposing a dominant figure on the left side of Thomas Tuchel’s back three. Not only has Rüdiger been one of Chelsea’s key defenders under his compatriot Tuchel, but he has also proven to be integral to the Blues when it comes to progressing the ball – adding to his reputation as an intimidating leader on the pitch. As a result of his impending departure, the West London side are likely to dive into the transfer market this summer looking for the required reinforcements: and a few names have already been linked.

While Chelsea continues their pursuit of Sevilla defender Jules Koundé following their failure to land the Frenchman last summer, he is likely to slot into the right side of the back three instead of the left. In order to plug the gaping hole that Rüdiger will leave, Chelsea are reportedly interested in RB Leipzig’s Joško Gvardiol and Villarreal’s Pau Torres – both of whom have been touted as a direct replacement for Rüdiger. The latest name to join this shortlist is Napoli’s Kalidou Koulibaly, as the defender is reportedly looking for a move away from Naples.

With his current contract at Napoli set to expire next summer, Koulibaly’s agent Fali Ramadani has reportedly offered the Senegalese defender to a number of top European clubs this summer. Chelsea are reportedly one of the clubs interested, having previously shown interest in the defender as far back as in 2016 – and with only one year to go until his deal runs out at Napoli, Stamford Bridge has been earmarked as a potential destination for the Senegal captain. The move seems to make perfect sense from the club’s perspective, as when purely comparing by profiles – Koulibaly is the closest to Rüdiger amongst all of the Blues’ other defensive targets.

HOW CAN KOULIBALY FIT INTO THE BLUES’ SYSTEM?

A big, dominant centre-back who is an imposing presence at the back much like Rüdiger, the Senegalese is aggressive and physically strong – making him a suitable heir for the departing German. Inspire by his mammoth stature standing at 195 cm, Koulibaly has bags of recovery pace and is very quick over short distances like his potential predecessor – an attribute that has made Rüdiger such an intimidating opponent over the past year. While his physicality makes him the most similar to Rüdiger out of the other names in the shortlist, it is Koulibaly’s experience and reading of the game that makes him stand out as the foolproof solution to Chelsea’s woes.

At 30 years old, Koulibaly is approaching the prime years of his career as a centre-back – a career that has seen him cement himself as the main man in defence for both club and country. Napoli and Senegal owe a lot of their success to Koulibaly, who has built a reputation for himself as one of the best central defenders in the world courtesy of his reading of the game. Koulibaly’s anticipation helps him rack up a lot of tackles and interceptions, while his positioning ensures that his teams are barely caught sleeping at the back – as the Senegalese is ever-present to cut out the danger whenever his teams require him to. Koulibaly also has a reputation for being adept in the air, as the intimidating centre back wins a majority of the aerial duels he takes part in.

Besides the physical characteristics and defensive attributes that make Koulibaly such a difficult defender to go up against, the Senegalese is also known for his passing ability and technique. Koulibaly is reputed as a world-class progressor of the ball from deep, with his passes, carries as well as accurate long balls to switch play – something that he particularly excelled at under the tutelage of Maurizio Sarri. Koulibaly is known to be a good passer with both feet as well as carrying the ball out of the back, an attribute that he shares with his potential predecessor as well. Rüdiger has been the Blues’ chief ballplayer in defence over the past year, and as far as the progression duties bestowed on him are concerned – Koulibaly can fit the bill to quite an extent.

Apart from the many similarities, one of the major differences between Rüdiger and Koulibaly is while the former was dominant on his right foot, the latter is left-footed – making him a more natural option on the left of the back three. While it is Koulibaly’s imposing physique that makes him the ideal physical replacement for Rüdiger, his ball-playing ability makes him more of a fit for Tuchel’s system than Gvardiol or Torres. Koulibaly’s versatility in defence also helps him slot into a back three or a back four according to the team’s requirement, while he has also been deployed as a defensive midfielder in the past due to his confidence and composure on the ball.

Upon joining Napoli from Belgian outfit Genk in 2014, Koulibaly has racked up a total of 234 appearances for the Serie A club over eight seasons – where the Senegalese was a regular starter for five different managers. Now a mainstay in the heart of the defence, Koulibaly’s heroics as a left-sided centre back for Luciano Spaletti’s side has helped ‘Gli Azzurri’ concede a modest 31 goals in 36 games this season, a tally that puts them on par with title contenders AC Milan and Inter Milan in terms of goals conceded. His 60 appearances for Senegal to date add international experience to his portfolio and makes him the complete defender that he is considered to be.

WHAT MAKES KOULIBALY A BETTER FIT THAN THE OTHER TARGETS?

It also has to be considered that the role that Rüdiger played for Tuchel often involved certain intangibles. As a result of his indomitable presence on the pitch and his relationship with his teammates in the dressing room, Rüdiger became a leader in the dressing room – pushing his younger teammates onto greater things. Leadership and character are intangibles associated with Koulibaly as well, as he has led the Naples outfit from the back for a number of years now, besides donning the armband for his national team over the past few years. Koulibaly led the Lions of Teranga to African Cup of Nations success earlier this year, leading a fearsome defence that also included Chelsea goalkeeper Édouard Mendy – someone Koulibaly knows all too well.

Not only does Koulibaly have an understanding with Mendy, but he also has experience playing alongside midfield metronome Jorginho – having turned out for Napoli together under former Chelsea head coach Sarri. Koulibaly’s expertise in French and English will help him settle in more quickly compared to the other names on the shortlist, helping him communicate with his potential teammates in West London. The character that Koulibaly brings to the table is likely to rub off on some of his juniors in defence, as he could help in the development of the likes of Trevoh Chalobah, the returning Levi Colwill or indeed, Jules Koundé – reminiscent of the impact that another experienced campaigner Thiago Silva had when he joined two summers ago.

Reports coming out of Italy have suggested that Chelsea are currently in talks with Ramadani, however, it is felt that a “super offer” is needed to convince Napoli to sell a player who is such an important cog in their machine. Chelsea will also have to conduct business with Napoli president Aurelio de Laurentiis, who has a history with the London club having dealt with Marina Granovskaia when the Blues struck a double deal to land Sarri and Jorginho from Napoli in the summer of 2018. De Laurentiis holds a reputation as one of the toughest negotiators in football, and it will not be easy to strike a deal. However, if the Blues do end up bringing the Senegalese to London, it would not be an exaggeration to say that Chelsea will have found their ideal replacement for the departing Antonio Rüdiger and a more natural profile suited to their needs. 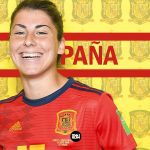 Could Lucía García move to Manchester United this summer?
Next Article 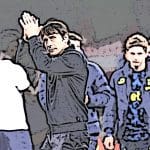 Antonio Conte fires back at Mikel Arteta
Leave a comment