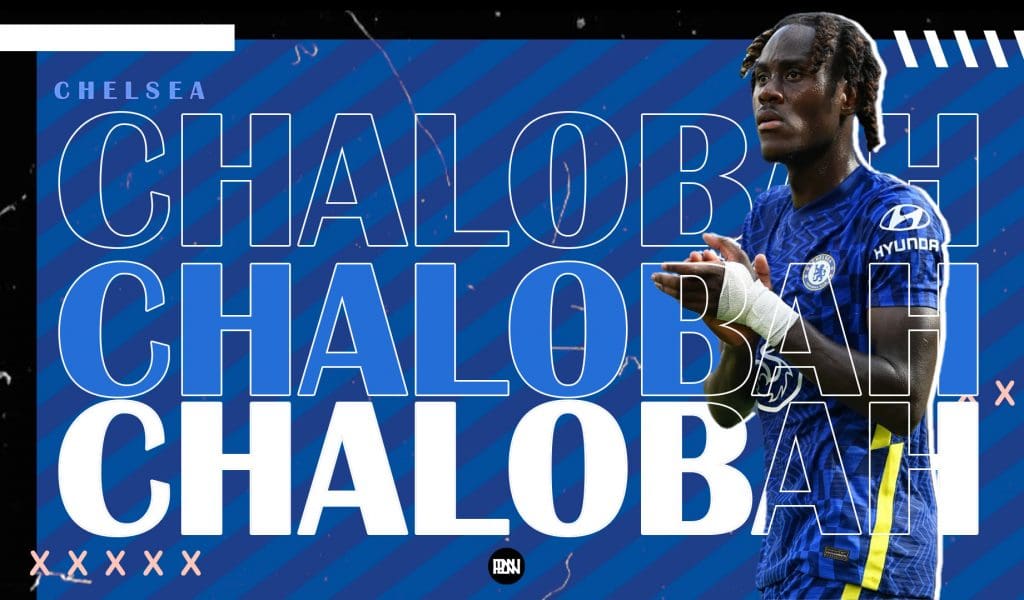 It has been a wild month or so for Trevoh Chalobah. The 22-year-old who joined the Chelsea academy at the age of eight was fresh off his third loan spell in Lorient, as he came back to join the newly crowned champions of Europe with a number of first-team players out on international duty.

After having loan spells at Ipswich, Huddersfield Town, and the latest one in France, Chalobah wanted to make an impression on Thomas Tuchel – amidst the massive mob of the rest of the loanees coming back as well – and make his mark on the first team, as hard as it might be. It would not be an exaggeration to say that Chalobah did just that, and more. Tuchel must have been keeping an eye on Lorient defeating his former side Paris Saint Germain in the Ligue 1 last season, and Chalobah’s experience abroad coupled with his determined display in training made the German start the Englishman in both games of the Mind Series in pre-season.

Trevoh Chalobah made the most out of his chances and looked composed at the right side of Tuchel’s back three against both Arsenal and Tottenham Hotspur – prompting the Chelsea manager to start him in the UEFA Super Cup. Chalobah’s full senior debut for his boyhood club ended in glory, as he was influential in a depleted Chelsea side keeping things tight at the back against Villarreal – and eventually edging the game on penalties.

But his week was about to get even better, as Chalobah started Chelsea’s first match of the new Premier League season against Crystal Palace. Slotting in as the right-sided centre-back, Chalobah’s precocious composure on his league debut made it seem like he has been playing in the Chelsea team for years – and he capped his performance off with a brilliantly taken debut goal.

The 22-year-old came up with line-breaking passes from defence, and also displayed great ability with the ball progression – but none of the other things that he did were better than the strike that he produced on his debut. Already two goals down in the first half, Palace were sitting very deep and almost inviting shots – and Chalobah took his chance with a grounded shot with his right foot that fizzed past Vicente Guaita into the bottom left corner of the goal.

An overwhelmed Chalobah went down on his knees – unable to conjure up any celebration that did total justice to the emotion of scoring on his full debut for the club he has been at since the age of eight. As his delighted teammates piled upon him, it was a moment to savour at Stamford Bridge for the young man who grew up in the Chelsea ranks alongside players such as Mason Mount and Reece James – and now accompanied them in what was a brilliant start to the league campaign for the champions of Europe.

His impressive display did not stop there, as he showed vision and playmaking ability soon after to find Timo Werner running through on goal – and could have been rewarded with an assist if Werner managed to find the back of the net. Trevoh Chalobah’s complete performance earned him the Man of the Match award on his full Chelsea debut, and it would not come as a surprise if he does end up becoming an important part of Tuchel’s team this season.

Trevoh provides Tuchel with versatility more than anything, as he can play a plethora of roles in both defence and midfield. Despite primarily playing as a centre-back in his formative years at Cobham, He also played as a central midfielder both for Ipswich Town as well as Lorient – and he particularly impressed for the latter in the French first division last season. When compared to midfielders in Ligue 1 for the 2020/21 season, he ranked in the 99th percentile for interceptions (2.53) as well as in the 98th percentile for clearances per 90 minutes (3.74).

Tuchel’s pursuit of a right-sided player this summer saw Chelsea try and fail to get Achraf Hakimi on board, and while efforts are still being made to sign Jules Koundé – Chalobah has excelled as the right-sided centre back so far. The English youngster made two interceptions and clearances apiece, and won a whopping 100% of his tackles on his debut start – also completing 93% of his total passes and 5 long passes out of 6 attempted.

It is still early days but Chalobah showed enough pace to cover up for the aging César Azpilicueta playing ahead of him against Crystal Palace, completing three ball recoveries – and he also has enough ability on the ball to slot in midfield as well. When Reece James came on from the bench, Chalobah had insurance to venture forward with the ball – where he commanded the right half space like an experienced midfielder.

Chalobah can act as a deputy for either Jorginho or Mateo Kovacic in Cup games, playing as one of Tuchel’s ‘double sixes‘.

The impressive start to his season is set to continue, as veteran defender Thiago Silva is still trying to get back to full match fitness after returning to pre-season late – and a start against Arsenal next week is likely to be on the cards.

Chalobah will be hoping to recreate what his elder brother Nathaniel did in the 2016/17 season, playing his part in a successful league campaign for the Blues where they won the Premier League title. There are still 37 gameweeks to play before we know for sure, but there is absolutely no doubt now that Chalobah has proven his worth and stamped his authority in both pre-season as well as in a couple of competitive matches so far – and it is a massive season lying ahead for the young Englishman.

Tottenham Hotspur could move for Wilfried Zaha
Nikolaj Moller: Arsenal’s very own solution to their striker predicament?
To Top