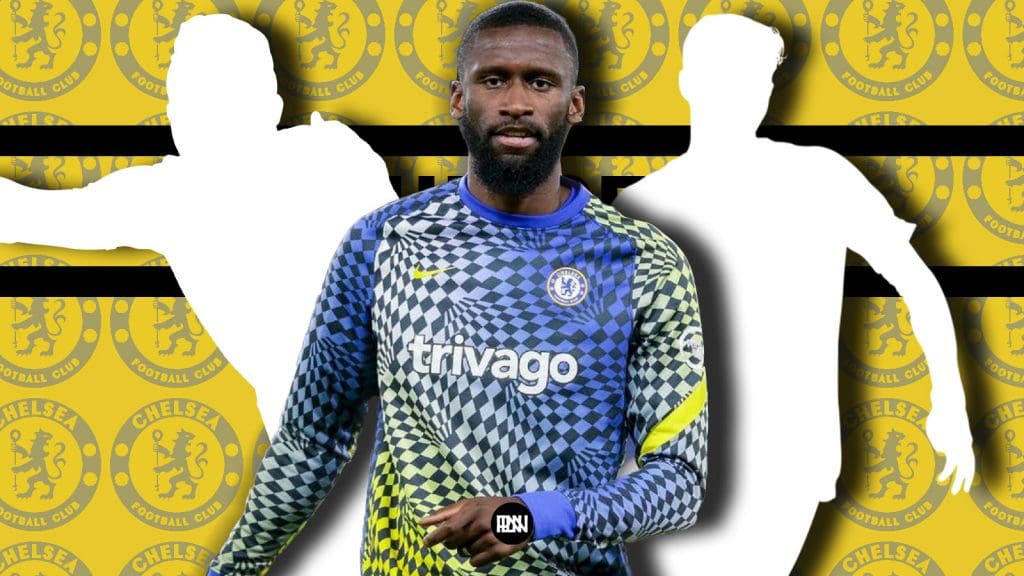 After much-waited speculations, the curtain over Antonio Rudiger’s future has been finally unveiled but to the disappointment of Chelsea fans, the German will be leaving Stamford Bridge despite being a key member of Tuchel’s squad. The uncertainty with Chelsea’s ownership has forced the German to leave the club this summer as his contract run-outs. Rudiger has been one of the pillars of this Champions League winning squad but now the Chelsea board will have to go in for replacing the center-back who can fill in the large-sized boots of the German.

With Christensen leaving too, Chelsea looks very thin in the center-back position and will be looking for at least two quality center-backs. With Kounde being Chelsea’s priority as the left-sided CB is also a must now. The left center-back position is a very important position in Tuchel’s system as not only does the player has to be creative but also has the freedom to run up and down and even go for long-range shots. The defender has to be quick and more importantly must have the game awareness to decide his position. Here we look at some replacements which Tuchel might put on a scout for!

The Dutch center-back was definitely the most talked youngster when he made the switch from Ajax but his Juventus spell has not been delivering the same bragging rights. Still 22, De Ligt still has a lot of time to steady the graph and a good opportunity is by leaving the Italian outfit. There have been rumours of Juventus looking on to cash on the defender and maybe Chelsea owners might be the ones to aid the team. De Ligt is any manager’s delight as the player has that on-pitch concentration and has all the physical abilities to win a duel. He even can do all the dirty work if needed and be a constant annoyance in the opposition’s head. He is a perfect example of ‘using the inside and the outside of the head’ perfectly.

The only problem can be him being right-footed and a left-footed player having an advantage playing on the left, but we just can not forget the man he would be replacing. Rudiger himself is right-footed but had the ability, as De Ligt promises, to be defensively aware and be present at the right positions. His move at Stamford Bridge could be the big move he has been looking for and finally prove his potential. Under the leadership of Thiago Silva, De Ligt could very well hope to replicate the career of the Brazilian and maybe better him with golden years ahead of him. Also with Thiago Silva ageing, De Ligt could eventually move to his preferred central position with other youngsters holding up the left side. Also, if Tuchel decides to shift to a back 4 in future, he could be secured by the presence of the Dutch sensation.

Pau Torres – The Perfect Piece of the Puzzle?

While everyone is in love with the dream run of Villareal, the praises for Pau Torres just cannot seem to go downhill. The Spaniard has been on the watchlist of many scouts and has been in the headline for every European giant. After missing out on a move last summer window, it looks certain that Villareal might be looking to cash on the Spaniard in order to strengthen themselves up. The left-footed player in the left-centre back position is ideal and many believe Torres is indeed the best available left-footed center-back right now. To replace Rudiger, Chelsea do need a man who can slot in from the first match and match the German’s quality. Pau Torres has been well appreciated for passing and Tuchel just loves his center-backs to have the ability to play with the ball at their feet. The big match mentality has already been proven by Torres as Villareal’s dream run has been very much influenced by the Spaniard’s presence at the back.

Torres has been linked to many teams over the last two seasons with many teams coming close but not able to materialize things. With many teams in England interested, it will be a tough nut to crack for Chelsea, but the new owner wind might help Chelsea to be the winners, with Tuchel really wanting the man. Just being 25, Pau will be entering his prime years and for Chelsea, this might be the perfect time to cash on the next biggest name amongst the defenders.

A Premier League proven center-back with high potential who has performed at big levels is just an ideal situation right now and Chelsea might actually have their hands on the same if they can rope in Wesley Fofana from Leicester. The 21-year-old has been able to make an instant impact in the Premier League for Leicester as since his arrival he has been praised as one of the best in the league. He helped Leicester win their FA Cup title in the previous season, only to be disappointed due to a pre-season injury which kept him out for a major part of this season. Talking about his game style, analysts define him as a complete package. He can regulate the ball well, has great positional awareness and is one of the best when it comes to defensive decision making. Also, he is a threat in the air both defensively and offensively, one trait that Tuchel loves in the box in terms of Rudiger. While Chelsea fans have enjoyed Rudiger dribbling past midfield lines, they might not miss much with Fofana incoming as the French would also love the freedom to move up the pitch.

But the main question raised is the availability of the player as Fofana has very recently committed a long-term contract to Leicester. This would make it very difficult for Chelsea to make a move this summer, but with the right price, Leicester might actually sell the defender. A French player moving from Leicester to Chelsea, in form of Kante, just gives goosebumps to Chelsea fans and they would just love something similar yet again!

With so much uncertainty with the owners, Chelsea really does not know what to expect from their owners. Thus, they would need some security at home to make their lives easier come the next season. They do have a gem in their hands in form of Levi Colwill, who is a left-footed center-back rising well at Cobham. Rising from the academy, the youngster has been dubbed as Cobham’s one of the best products in some time. The English youngster is on loan to Huddersfield Town in the Championship and has been one of the best defenders in the league despite just being 19. While many are in awe of his sheer strength, many fans just love his through passes from the back to create chances for his team. Tuchel indeed loves his defenders to contribute in attack and he would love Colwill’s ability to find his runners behind the lines. Praising him highly, people around him appreciate his quality to stay calm under pressure even at this young age.

Tipped to be a big player at Chelsea, Colwill might certainly be a part of Chelsea’s first team next season but will definitely not be guaranteed many minutes. But, like Chalobah, if the youngster his able to impress Tuchel in pre-season training, he might find himself in the Chelsea line-up more than often as Tuchel does not fear giving his youngsters a shot. Chelsea do need to tie up the defender as he has been under the radar of many big English teams and Chelsea definitely does not want it to be a situation similar to Guehi or Livramento.