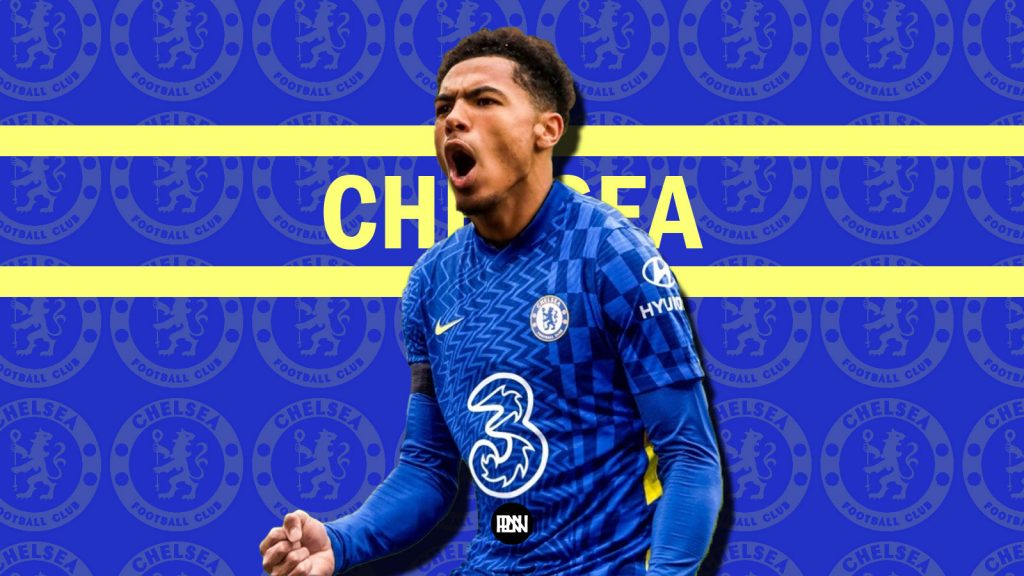 Like every season, Chelsea continues to produce some of the best talents from their esteemed academy at Cobham with the likes of Mason Mount, Reece James, and Jamal Musiala being some of the names who have managed to shine in their senior teams. Levi Colwill is the latest academy graduate who seems to be destined to follow the path set by his predecessors. Aged 19, the central defender has had an amazing campaign in The Championship and now looks very likely to make his Premier League debut for the Blues in the 2022-23 season given the likely departures of Antonio Rüdiger, Andreas Christensen & César Azpilicueta.

Dubbed the ‘next John Terry’, Colwill has played 2300 minutes for Huddersfield Town A.F.C, helping the side sit third with a guaranteed playoff spot. Like his idol, Colwill chose to wear the number 26 shirt at his loan spell in West Yorkshire. His time there is so impressive that Leicester City attempted to hijack his loan in the January transfer window so he could spend the second half of the season at the King Power Stadium.

Huddersfield has had a great track record for providing opportunities for future Premier League stars. Ben Chilwell came on loan from Leicester, current first-team player Trevoh Chalobah and Emile Smith Rowe from Arsenal all came in search of opportunities and crucial league minutes which help them break into their respective first teams. Leigh Bromby, the head of football operations at Huddersfield has praised the youngster saying, “We looked at Levi last January, so we were aware of him before we signed him. I am sure there was more interest around Levi. As a person, he has fit in so well. It’s his professionalism, the way he has conducted himself and approached the loan has been fantastic. Some players come in from bigger clubs and think maybe it will be easy. He has humility and openness to come in and work for his place and buy into what we are doing. The players and staff really like him and love working with him. He’s looking to improve and working to get better. Talent-wise, for his age, he is the best I’ve seen when I’ve either been playing or coaching.”

His impressive performances were celebrated by GOAL.com, naming him into the ‘NXGN 2022: The 50 best wonderkids in football’ a list headed by the likes of England international Jude Bellingham, Florian Wirtz, Gavi, Harvey Elliott & Jamal Musiala. These some of the established names in football and for Levi Colwill to make this list is an amazing achievement and shows what a talent Chelsea have on their hands.

Standing at a huge 6 ft 1 inch, Levi Colwill’s stature gives him a physical advantage against his opponents & combines that with good speed and you are looking at a player who is tough to get past. His ability to play accurate long balls is a trait that every ball-playing centre-back should have in today’s football with Virgil Van Djik who is considered to be one of the best in this characteristic making 4.9 compared to Colwill’s 3 per match. Also, he is well versed in playing from the back philosophy, something that is a ‘must’ for every member of Thomas Tuchel’s defensive personnel.

Chelsea and Thomas Tuchel now have a decision on their hands. The question is where will the Southampton-born youngster play his Premier League football and not a question of if he can. They look back at the career arc of Reece James, who went on loan to Wigan Athletic and slowly was integrated into the first team by manager Frank Lampard. What decision Chelsea take is one that we need to wait till summer but The Blues do have a player who most probably will be the next ‘John Terry’.

Is Cody Gakpo the solution to Arsenal’s striker problem?
Agnes “Aggie” Beever-Jones: The 18-year-old prospect lighting up the Championship
To Top