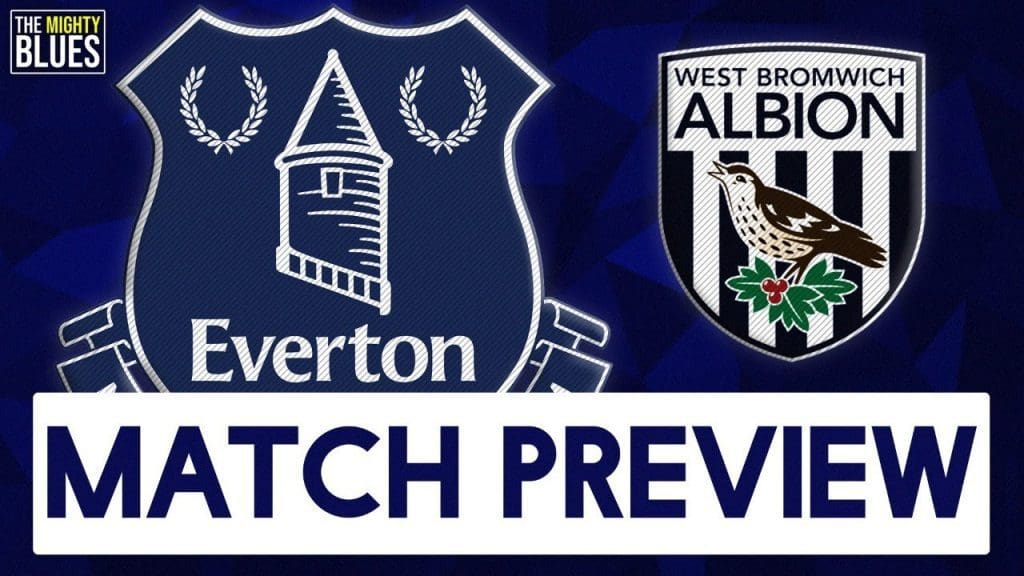 West Bromwich Albion vs Everton, on Thursday evening, is going to be a tricky affair for the Toffees as they look to push for a place in the Top 4 of the Premier, while West Brom are also looking to thwart off being relegated this season, and whilst they have minimal chances of avoiding it, stranger things have happened in the Premier League. But to give a picture of how dire West Brom have been this season, on Saturday, they picked up only their 3rd win of the season out of 26 Premier League games.

Statistically speaking, West Brom has been the worst side in the league this season as they have conceded 55 goals already. On the other hand, Everton has had a revelation of a season under Carlo Ancelotti. In the beginning, the Toffees picked up the pace faster than anybody in the league with their new signings in James Rodriguez, Abdoulaye Doucoure, and Allan adjusting to the system and the country seamlessly. While now, almost into the deep-end of the season, Richarlison and Gylfi Sigurdsson are coming good for the club, as they now have 43 points with a game in hand above the likes of West Ham, Chelsea & Liverpool, all of whom they could overtake if they win their game in hand.

Both teams will be going to the game with a win over the weekend but with Everton’s quality up-front, it is hard to see how West Brom will come out of this with a positive result. However, the bigger question for Everton is if Josh King will finally start a game for them, after his arrival in January 2021. The Norwegian has been brought on as a substitute for  5 occasions till now but has not started a game yet. King started 24 Premier League games for Bournemouth last season as he contributed to 6 goals & 4 assists, courtesy of which Everton brought the striker to Goodison Park on deadline day. While Josh King plays a similar role to Richarlison as an inside left, there are various ways the 29-year-old could feature for the Toffees on Thursday evening.

Carlo Ancelotti could revert to a 4-3-3 formation and could field Allan, Doucoure, and Sigurdsson in the midfield zone with Josh King and Richarlison on either side of Everton’s top goalscorer this season in Dominic Calvert Lewin. While this formation may seem too attack-minded, West Brom has averaged 40% possession this season, so it would not be the worst idea in the world to feature an extra attacker in the starting XI. Besides a 4-3-3, Ancelotti could also opt for a 4-2-2-2 formation, with Allan and Doucoure in a double pivot in central midfield, while the likes of Richarlison or Josh King could move out on the left-wing position while the other partners Calvert Lewin in two striker role.

Apart from Everton’s forward line, their defensive performances have also shored up in the past couple of weeks, as they have managed clean sheets against both, Liverpool and Southampton. Moreover, Lucas Digne’s return to the starting lineup in recent weeks has also been a delight for the club, as he is the club’s top assist provider currently with 6 assists this term, while the French full-back has also been extremely unlucky this season, as he has hit the woodwork 4 times.

MUST READ: Moise Kean: Scotched at Everton, thriving in Paris

West Brom, on the other hand, has had a tumultuous season which started off with the sacking of Slaven Bilic, and the appointment of Sam Allardyce, which have led to heavy defeats at the hands of Leeds, Arsenal, and several other clubs. If the Baggies have any hope of picking up points on Thursday, they would have to be defensively resolute like they were over the weekend against Brighton.

Moreover, Conor Gallagher will need to be on his best game, as the Chelsea loanee has been the most creative midfielder for West Brom this campaign. Ainsley Maitland Niles will also need to prove his worth towards the end of the season, starting with the game on Thursday, where the midfielder will need to show his athleticism against the likes of Allan and Doucoure in Everton’s midfield.

Sam Allardyce after the game on Saturday said – “We’ve missed big opportunities and that means we are now in the must-win game situation. That happened against Brighton and continues against Everton, which is almost a must-win, and after that Newcastle.” – This statement clearly tells you that West Brom’s days in the Premier League are numbered, and if they are to upset the odds, it will take a team effort and a little bit of luck till the end of the season if they are to overcome this herculean task.

Could Arsenal & Spurs both finish in Premier League Top 4?
Liverpool vs Chelsea: Who is hungrier to finish in the Top 4?
To Top