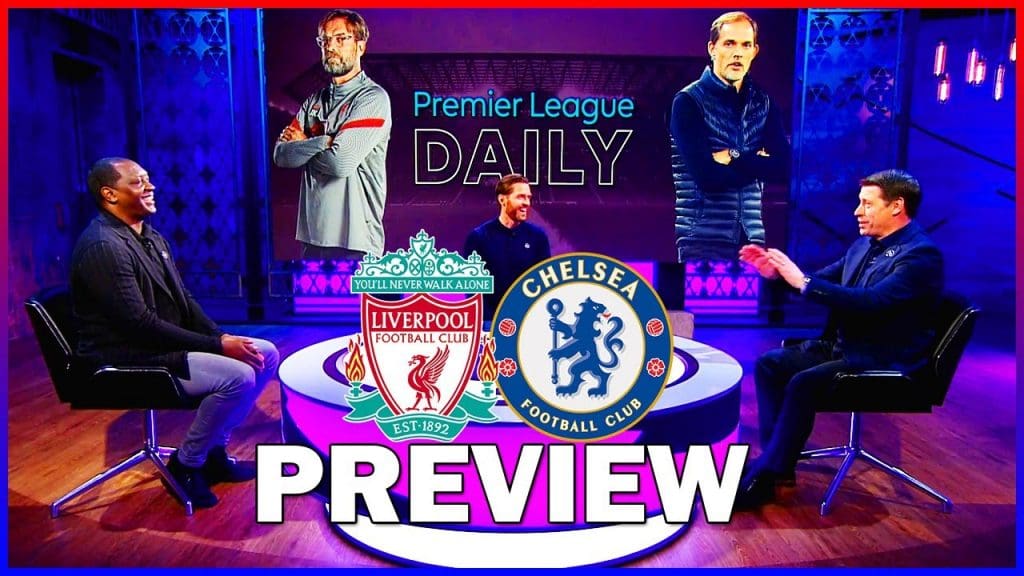 The race to the Premier League Top 4 is heating up and with only 12 games left, every single point is going to count. Chelsea and Liverpool who face each other on Thursday night, are well aware of the importance of this game. Liverpool have won only 1 out of their last 5 Premier League games, and have not won at home for almost 2 and a half months now, which is a record you wouldn’t normally associate with Liverpool & Jurgen Klopp. While Chelsea’s form is a little better in comparison to Liverpool’s, the difference between the two teams is only of a single point. Both teams will be playing to win this game because the winner of this game will be in the Top 4 by the end of the night, as West Ham doesn’t play until next Monday. The only question being, who is hungrier to finish in the Top 4?

While Chelsea have not lost a game under Thomas Tuchel, they have drawn 2 of their last Premier League games against Southampton and Manchester United. Chelsea have not fared well at all against the Top 10 this season, and they would want to improve this record when they go to Anfield on Thursday. On the more tactical side of the game, it has been over a month since Thomas Tuchel’s appointment as Chelsea head coach and fans are still not sure about what to expect from Tuchel’s Chelsea apart from solid defence. Thomas Tuchel was always renowned for his attacking approach and he seems to have lost that touch ever since he arrived at Chelsea.

While Tuchel has shored up the defence quite a bit, the attacking side of the game is no different than it was towards the end of Frank Lampard’s reign. Timo Werner finally scored a Premier League goal after 3 months, but that is where Werner’s highlights under Tuchel end. Kai Havertz, Chelsea’s 72 million pound signing, has still not been incorporated into a position while Christian Pulisic, somebody who was given his senior debut in European football by Tuchel, is nowhere to be seen around the team sheets. Tammy Abraham has been widely unsettled due to Tuchel’s changing lineups and the continuous links with Erling Haaland aren’t helping either.

MUST READ: Why Does Olivier Giroud deserve a new contract at Chelsea?

The only mildly successful stories in the attack have been Mason Mount, Callum Hudson-Odoi and now Olivier Giroud. Jorginho, Kovacic and Kante have been effective when they have all played in a double pivot with each other, but apart from that, their contribution in the attack has been next to non-existent. Tuchel needs to come up with a win against Liverpool,  because the current pragmatic style of football is only good enough to earn Chelsea draws, and while every point matters, a single point in every game is not going to get Chelsea Champions League football next season, something Tuchel was brought in specifically for.

Tuchel will quite certainly play in a 3-4-2-1 formation on Thursday, but he needs to continue putting Hudson-odoi, if he is fit, on the right wing back position as his effectiveness from the wide areas is crucial to how Chelsea set up in games. While Marcos Alonso is a great aerial presence and amazing when he is attacking, Ben Chilwell might be the more reasonable option on Thursday to keep up with Salah and Trent Alexander Arnold, something Tuchel also did against Manchester United. Kante will be slotted in alongside Kovacic or Jorginho, because the defensive work that Kante does is important for the ball retention that Tuchel demands from his team. Upfront, it is anybody’s guess currently, but, after Chelsea’s game against United, Tuchel might opt for a Werner-Mount and possibly Hakim Ziyech or Pulisic.

Ironically, Liverpool’s problems are not all that different from Chelsea’s. Liverpool are faltering in front of the goal with Mo Salah picking up the mantle for most of the season with 17 goals to his name. However, after Salah, there is a huge drop in the goal-scoring numbers with Sadio Mane scoring only 7 goals this term. Liverpool’s goal-scoring has been affected to a certain extent due to the countless injuries the club have suffered this season, with Van Dijk, Fabinho, Matip, Henderson, Diogo Jota, Thiago, Joe Gomez, Naby Keita all being injured at various moments of the season.

The injuries to the 3 center backs of Liverpool forced Jurgen Klopp to play Henderson & Fabinho in defence and while they were good at it, it takes away the energy they provide in central midfield. While Thiago is the most technically sound player in Europe, he does not provide the defensive cover or the aerial presence of Fabinho in midfield. Similarly, Curtis Jones has been incredible since he has been slotted in to the midfield, but Henderson’s voice and tenacity in tackles is something the youngster can’t provide. Wijnaldum along-side Thiago and Curtis Jones is trying his best but it seems like his shoulders have also dropped since the turn of the year.

MUST READ: Liverpool’s need for a proper number 9 is now more evident than ever

But fortunately for Jurgen Klopp & co, in some good news for the club, both Diogo Jota and Fabinho will most certainly be available to face Chelsea on Thursday. Liverpool’s number 1 in Alisson will also be back after he missed the Sheffield United game over the weekend due to the demise of his father. Jurgen Klopp will not change the front 3, while the Jones-Thiago-Wijnaldum midfield will also be the most realistic choice in the center of the pitch. In the defence, Fabinho might come back to partner Ozan Kabak, who has looked shaky since his arrival but along-side Fabinho, Kabak might finally have a partner he can rely on to a considerable extent. Alexander Arnold and Robertson will continue to act as the high-flying fullbacks while Jota might also come off the bench to replace one of the front 3 or revert to a 4-2-3-1, which Klopp has not shied away from trying this season. Klopp needs this win to be in a position to secure Champions League football next season and it would be a huge drop and disappointment if last year’s champions don’t even finish in the Top 4.

Former Dortmund managers, current Premier league rivals, both the Germans in Tuchel & Klopp will aim to beat the other with their tactics. While Tuchel would want Chelsea to keep the ball, Liverpool will want to press Chelsea and catch them off guard. At Anfield, under the lights on Thursday, Klopp will be urging Liverpool to gegen-press the lives out of Chelsea, while Tuchel’s defensive guard will try to stretch Liverpool, and fork out their recent defensive vulnerabilities. The match is set up perfectly, but only tactics will tell who comes out on top on Thursday.

West Bromwich Albion vs Everton: Will Josh King finally get a start for Everton?
Will Curtis Jones be the heir to Gini Wijnaldum with both Inter Milan and PSG keen on the Dutch midfielder
To Top