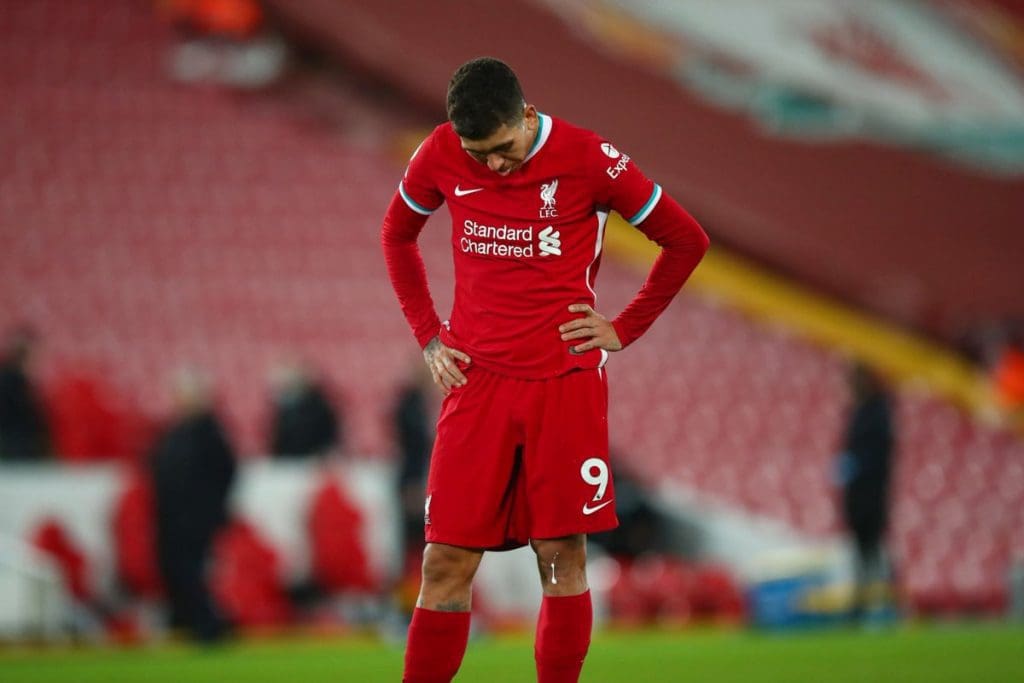 Pierre-Emrick-Aubameyang, Victor Osimhen, Timo Werner, Kylian Mbappe, Erling Haaland. Just some of the names Liverpool have been linked with since 2016. What this tells you, is that Liverpool has been in the hunt for a proper number 9 for quite some time now, but these moves do not capitalize for a number of reasons.

Sometimes, Liverpool does not have ‘that kind of money’ to fork out for a striker or sometimes they go back to putting their faith into Roberto Firmino, the current number 9 at Liverpool and somebody who has been so since 2015. In all honesty, with Roberto Firmino, Liverpool has won the Champions League as well as the Premier League which had eluded them for 30 years before they won it last season.

This is what confuses the Liverpool fan base. There is a fine line between winning a trophy with somebody and winning a trophy because of somebody. It can also be argued that Mohammad Salah and Sadio Mane have flourished under Klopp because of Firmino’s defensive contributions and sacrifices in the attacking third. However, this has now started to affect Liverpool’s results and in all honesty, Jurgen Klopp had this coming and had this coming for a while now.

Jurgen Klopp’s reluctance to go into the market and fork over big money for a striker has come back to bite Liverpool and now due to Liverpool’s unfortunate injury list, they are paying the piper.

NOT ADDRESSING THE MAIN ISSUE:

Diogo Jota was brought into the team in the summer for 43 million Euros and to be fair to Klopp, this was a smart signing. Not the right one, but a smart one. Jota hit the ground running as he scored 5 goals in 9 games for the Reds along with a Champions League hat-trick against Atalanta. However, a knee injury sidelined the high-flying Portuguese from continuing his incredible start to the campaign. On the other hand, it was also recently revealed that Liverpool originally wanted Ismaila Sarr at the club, however, the Senegalese’s 35 million move failed and Diogo Jota shortly joined the reds.

Yet, neither of a couple of aforementioned players were proper number 9’s who would fix the main issue for Klopp. Targeting someone like Timo Werner and to an extent that Klopp was confident that the German would join him in the summer, just went on to show what Klopp wanted from his number 9. He wants a poacher, somebody who will finish the balls that are whipped in by Trent Alexander Arnold and Robertson repeatedly. He does not want an intricate passer who will shimmy his way through challenges and put the ball into the back of the net. He has Mo Salah and Sadio Mane for that and Roberto Firmino is certainly not the answer anymore to Liverpool’s troubles.

THEN HOW HAS FIRMINO UNDERPERFORMING GONE UNDER THE RADAR FOR SO LONG?

Apart from this insane goal-scoring record, what has been the main reason for Firmino’s poor performances to go under the radar has been Salah and Mane’s fitness for the past 5 years. The wingers rarely miss a game, and if there was any season in which their importance was to be highlighted, it was the 2018/19 season, where Mane and Salah both finished as top goal scorers and that is exactly what it took for Liverpool to compete with Manchester City till the last day of the season.

Liverpool’s need for a proper number 9 must certainly be addressed in the summer by the Liverpool hierarchy because the effects of not doing so in the past can be seen now as Liverpool have lost 4 consecutive Premier League home games this season, something that last happened in 1923.