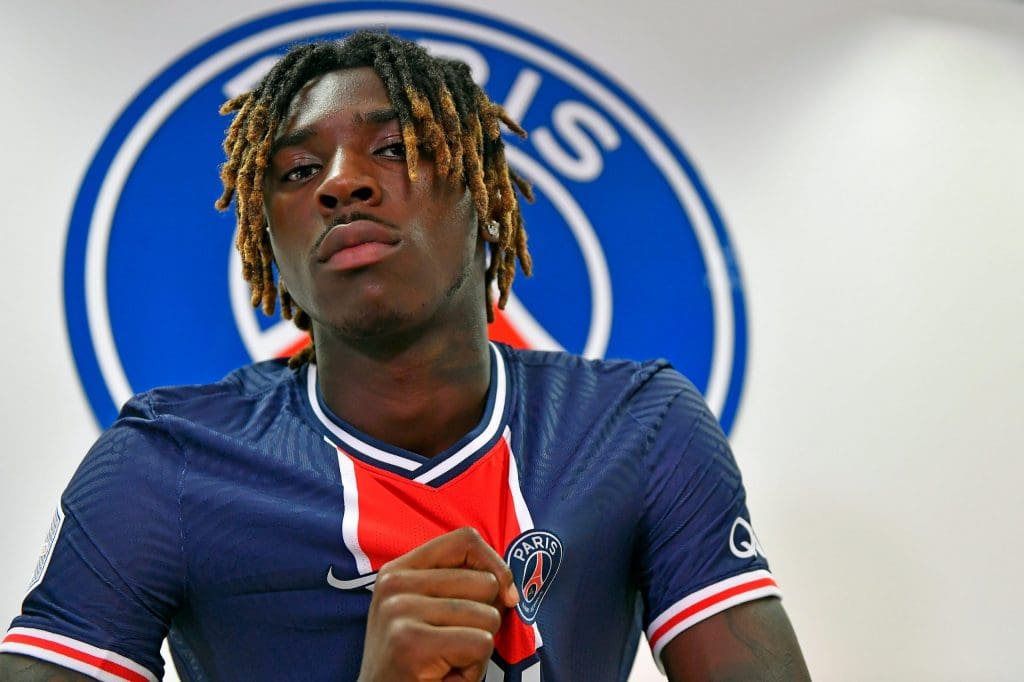 Moise Kean burst onto the world stage when he started for Juventus as a 16-year-old five years ago, becoming Juventus’s youngest club goal scorer and he was destined to become the next big thing in world football.

This was followed by a loan move to Verona in 2017, where the 17-year-old scored 4 goals in 19 games but his performances were so convincing that the then manager of Juventus, Max Allegri recalled Moise Kean for the 2018-19 season where the Italian starlet scored 7 goals in 17 games, most of them coming off the bench and most of them being alongside the talismanic Cristiano Ronaldo, somebody who was very fond of the youngster and that itself spoke volumes of how good Moise Kean was and could become potentially.

His performances did not go unnoticed as Everton in 2019 went out and spent €27.5 million with an additional €2.5 million in bonuses to secure the 19-year-old’s services, as Everton looked to bring in someone youthful who could bolster their attack with his pace, an eye for goal and somebody who could dribble and make direct runs at the opposition.

It is safe to say that things did not go according to plan, as Moise Kean only managed to contribute to four goals in 33 appearances, albeit he came on as a substitute in 23 of them, but it was clear that this was not the right fit for him at all.

Under Max Allegri, Juventus had a pragmatic approach to games, and more often than not, they controlled games thus creating several goal-scoring chances. This in turn led to Moise Kean being on the end of such changes which resulted in him scoring regularly as a substitute.

This was, however, not the case at Everton, as, under Marco Silva, Moise Kean could not find his shooting boots and failed to create an impact in the Premier League.

Moise Kean in all honesty could not cope with the pace and aggressive nature of the Premier League but a lot of this could also be down to how Everton set up in games, their tedious long ball approach at times, and their lack of creation of chances. All of this eventually led to Marco Silva being sacked as Everton’s boss and Carlo Ancelotti replacing him at the helm as the new Everton manager in December 2019.

NOT LOT UNDER ANCELOTTI

Moise Kean would have hoped that things would change under a new boss but unfortunately, Carlo Ancelotti was brought in to steady a sinking ship, and thus his selection more often than not featured the more experienced players in the squad, and thus, Kean did not feature as much as he would have liked for the remainder of the 2019-20 season.

The 20-year-old Italian started the 20-21 season in a flying fashion as he scored a couple of goals in as many EFL Cup matches but it was becoming pretty clear that he was not going to play a starting role in Ancelotti’s Everton and thus both parties were convinced that a loan move would suit everybody involved.

In step, Paris Saint Germain who were looking for a young striker who could slowly develop in their ranks and contribute to goals every now & then, and Moise Kean fit the requirements. Kean considered this a very good move as Paris Saint Germain, like Juventus, controls games and creates a lot of chances and as compared to the Premier League, the games would be played at his pace and his physicality was perfect to compete in Ligue 1.

So Moise Kean sealed a loan move to PSG in October and had a very promising debut against Nimes, where he came on as a substitute. This eventually converted into goals in his next game against Sporting Dijon and the 20-year-old was settled at life in Paris.

Kean went on to score a brace in the Champions League against Turkish club Istanbul Basaksehir in their group stage matches which proved crucial as PSG were in a tricky group with Manchester United and RB Leipzig.

POCHETTINO TAKES OVER FROM TUCHEL

Now under new manager, Mauricio Pochettino, Kean is getting several chances and he is certainly making the most of it as he recently scored the only goal in PSG’s 1-0 win against Caen in the Coupe de France which helped PSG move on to the round of 32.

However, Moise Kean’s most notable contribution came yesterday in PSG’s Champions League knockout match against Barcelona in Camp Nou where he scored a free header from a set-piece as PSG romped 4-1 winner, giving themselves a huge lead going into the 2nd leg. Kylian Mbappe will have received most of the credit as his hattrick sunk Barcelona, but Moise Kean’s contribution will not have gone under the radar as the youngster toiled in the defensive part of the game as well and actively contributed in PSG’s speedy counter-attacks.

What works for Moise Kean in this PSG team is the fact that there is no immediate game plan and he can adapt himself in games and focus more on acting as a penalty box striker rather than playing an active part in the build-up to goals against teams who set up defensively against them. Moise Kean’s strengths are his awareness in the opposition penalty area, his strong aerial ability to get above oppositions, and his ability to spring onto through balls during fast counter-attacks.

The 18-year-old Italian starlet’s potential is scary and his development alongside the likes of Neymar and Mbappe is only going to flourish and it will not be long before there is a new star in World Football in the form of Moise Kean.