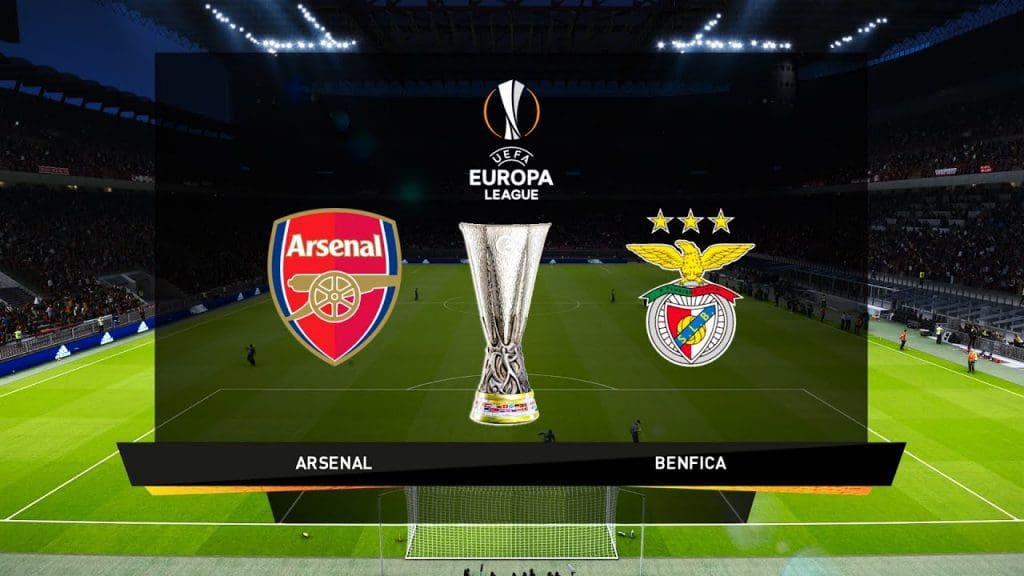 The first leg of Arsenal’s Round of 32 clash against Benfica in the UEFA Europa League will be held at the Stadio Olimpico in Rome. The leg will be considered as Benfica’s home leg.

After securing a perfect 100% winning streak in the group stages, Mikel Arteta will wish to continue this in the first knockout round of the tournament. Benfica will not prove to be easy opponents though, as they too were unbeaten in their group. The Portuguese side has a decent record in the competition, making it to the finals in consecutive seasons, i.e., 2013 and 2014.

Andre Almeida is a long-term absentee, who suffered a serious knee ligament injury back in October during the side’s win against Rio Ave. Jorge Jesus will also be without right-back Gilberto, who suffered a muscular injury earlier this month.

Mikel Arteta confirmed that he would be without defensive midfielder, Thomas Partey, and left-back, Kieran Tierney, for the game against Benfica. Despite the latter being present in training, it is extremely unlikely that we will see him feature in the first-leg.

SL Benfica are on a mixed run of form, with their most recent result in the Primeira Liga being a 1-1 draw against Moreirense. A week ago, the side secured a 3-1 advantage in the first leg of the semi-final of the Taca De Portugal against Estoril Praia.

The Gunners are fresh off an impressive 4-2 win against Leeds United in the Premier League. Pierre Emerick Aubameyang made his return to the starting XI in the game and scored an impressive hat-trick to secure his side the win after back-to-back losses against Wolves and Aston Villa.

Moise Kean: Scotched at Everton, thriving in Paris
Wolfsberger vs Tottenham Hotspur: Preview | UEFA Europa League Round of 32
To Top