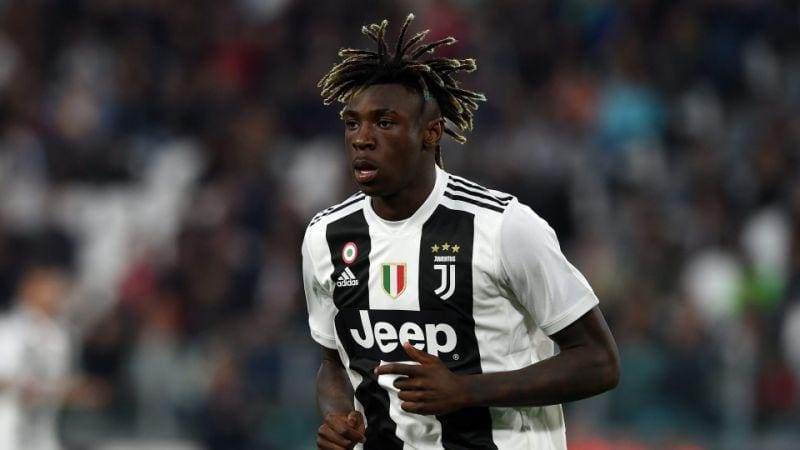 Kean made a breakthrough with Juventus last season and went on to score 6 goals in 13 league appearances for the club. The departure of manager Massimiliano Allegri has led to the player consider his future, possibly for more game time.

The 19 year old is wanted by clubs like Inter, Ajax, Borussia Dortmund, Barcelona. However none of these have made a formal approach for the player.

Everton on the other hand met Juventus’ sporting director Fabio Paratici in order to enquire about the youngster’s availability.

According to ​Gianluca Di Marzio, “Silva’s men have strong interest in the Italy international, but face strong competition from fellow European sides”.

Everton have agreed to a €40m fee for Moise Kean and the striker has given his consent to a move. Negotiations are still ongoing though because Juventus want to include a buyback clause. The deal is expected to be completed very soon. [Romeo Agresti] pic.twitter.com/3qjJzKtGI3

Juventus reportedly want a fee in the region of €35m-€40m for the player and will likely include a buy back clause in the player’s contract.

Everton have secured the signings of Fabian Delph and Andre Gomes but have not made any addition to its front line but they are chasing Palace winger Wilfried Zaha as the club looks to fill in the void left by the departure of Nikola Vlasic to CSKA Moscow (although he didn’t play much).