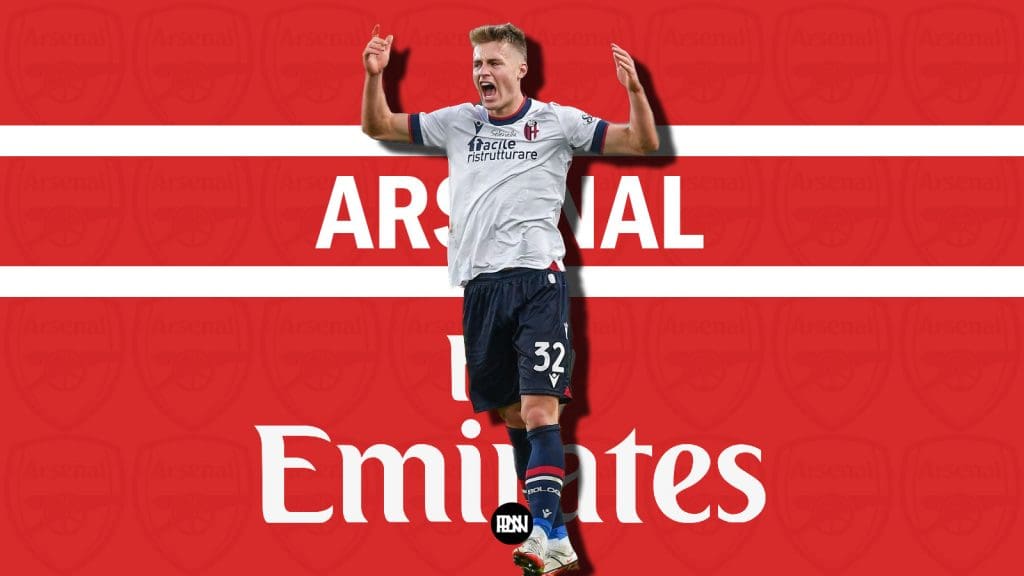 Few rebuilds work, but once they do, it is perhaps the best feeling in the world. Mikel Arteta is not there yet, but he sure has gotten the wheels moving towards this process. There was criticism after criticism hurled at him last season and at the start of this campaign. But technical director Edu asked for the fans to judge the club after their squad was fully functioning. Arsenal had a point to prove when they spent the most money in the market this summer. They are making sure that the other clubs are hearing them after their success over the last month.

They invested young, and they invested smartly. Moreover, they invested despite the doubts and questions that were raised about it. People could not believe that the Spanish boss actually splurged £50million for Ben White, even though there was no competition for his signature. At the same time, Manchester United signed Raphael Varane for £34million. There were no doubts about who was the better buy. Yet, three months into the season, the Frenchman is undergoing a recovery process after his second injury in the last month while the Englishman is living up to his billing.

Albert Sambi Lokonga was always going to be a punt, but for £17million, the 21-year-old can be given some time to prove his worth. Nuno Tavares is pushing Kieran Tierney for a starting role, and that is all Arteta could ever ask from his deputy full-back. Martin Odegaard is the slick passer and hardworking attacker he was advertised to be, and it is only a matter of time before he becomes the first name on the team sheet. There was an uproar about Arsenal spending more than £20million to buy Aaron Ramsdale, but he has perhaps been their signing of the season. Bologna star Takehiro Tomiyasu was a rabbit out of the hat, especially after several clubs failed to secure his services. But Edu got the deal done, and the full-back has brought defensive stability and attacking tenacity to this side.

However, it does not look like the Gunners are done doing business with the Italian club. There is a new name on the market and on the transfer list of Arteta – Mattias Svanberg. The bustling midfielder is slowly catching the eye of a host of European clubs, and the Emirates outfit are one of them.

Thus, it begs the question, who is Mattias Svanberg?

A product of the Malmo academy, Svanberg was in the club’s set-up for the longest time. He played for them as a boy and re-signed for them when he was a teenager. That rarely happens unless the ‘boy’ has turned into a ‘wonder-boy’ or has the potential to do so. Malmo FF are one of the best clubs to hone talent, evidenced by their academy graduates – Robin Olsen, Pontus Jansson, Zlatan Ibrahimovic, and several others. They do not produce world-beaters year after year, but they do have the knack for delivering talented professionals. That is what sets them apart from the likes of Sporting CP, Benfica, Ajax, Genk, Monaco, who have been the hotbed for young stars over the last decade.

Regardless, Svanberg was a piece of the Malmo pie and grabbed his opportunity with both hands. He moved from the U-17 side to the U-19 side and straight into the senior team in the same year. This often means the same thing at every club–the boy’s got talent.

The youngster spent three incredible years in the senior team but only racked up 47 appearances for them and contributed to 17 goals in that time. However, it is what he learned from that experience that made him into the player he is today. He developed his positional skills and technical game as a midfielder and learnt his trade in both phases of the game at the Swedish outfit, which was enough to convince Bologna to shell out a paltry £4million to sign him in 2018. The Italian club had a plan and convinced him that they are the right club. Sure enough, Svanberg slotted seamlessly into the senior set-up of a mid-table Serie A club.

Let us now take a look at why Arsenal need a midfielder and if the 22-year-old is the man for the job.

Arteta always knew he had to conduct a midfield overhaul at the Emirates. He began the process last summer itself after he signed Thomas Partey. The box-to-box midfielder was long touted for a move out of Atletico Madrid, and given his consistency and versatility, it was a no-brainer. Matteo Guendouzi was sent away, as was Lucas Torreira. There was no place for them, and their inconsistencies would have hindered the results rather than improving the team. Granit Xhaka was retained for his experience and his performances towards the back-end of last campaign made Arsenal fight tooth and nail to keep him at the club this summer despite foreign interest. Mohamed Elneny could be moved on soon, and it is a matter of when rather than ‘if.’

Sambi-Lokonga was brought in to inject enthusiasm and a youthful drive. He is bound to deliver a return on his investment sometime this season. Ainsley Maitland-Niles has also been given chances in the centre of the pitch this term, but it remains to be seen where his long-term future lies. Basically, Edu & Arteta have assembled a decent midfield line, but that is only good enough for a club that is competing in the Premier League. European competitions bring their own baggage, and squad depth is a problem area the board needs to ponder over.

Moreover, quality squad depth is more important than just acquiring sub-par players. For all his qualities, Cedric Soares was a perfect example of that. A player well past his best years but brought in to signify depth.

The strategy for the recruitment needs to be the same, as it would help the club build on the good progress. It is a marathon, and if squad players are being signed, they need to be young enough to accept a bench role and old enough to deliver when called upon. They need to have the experience of playing in one of Europe’s Top 5 leagues but must be an unknown quantity.

Svanberg ticks all of these boxes, but is he the right fit for the Gunners?

The midfielder operates in a 4-4-2 formation for Bologna and in a 3-4-2-1 for the national team. This experience has given him a foray into two different formations, and his qualities are, thus, varied. One thing, however, that must be noted is that he does not have a single outstanding quality. Then again, he has not been allowed to develop one yet.

His passing could be improved upon, especially given his type of attempts. He is the progressive midfielder in a double pivot but always tries to hit the long ball and distribute it to the wingers or the frontmen, which is more the job of the deep-lying playmaker beside him. Additionally, he is not particularly an expert at intercepting passes or pressuring the opponent into making a mistake or conceding possession. He can run the hard yards, but his posture and balance allow opponents to go through him with ease. These are his shortcomings, but if he is to move to a top club, it is important to focus on what he can add to the side, in this case, Arsenal.

Svanberg is a player that gets alive in the final third on either end of the pitch. He loves taking a shot on because he is good at it. This season, the youngster is in the 95th percentile of Non-penalty goals for players functioning in the same area as him. He is also in the 97th percentile of total shots taken and in the 93rd percentile of non-penalty goals plus assists. The Swede enjoys taking up positions just outside the box, and he finds the pocket of spaces to take the exquisite long-rangers he has been infamous for this season. He also finds a way to maneuver past defenders if the opposition closes him down quickly. It is the determination and desire that count, and he is full of it.

Moreover, Mattias Svanberg’s numbers for receiving passes in the attacking phase of the game are increasing by the day. This is because he also thrives on picking the pass before his teammates deliver the final pass. Sort of a ‘pre-assist’, Svanberg occupies the area beyond the first line of the opposition midfield and quickly turns and looks up to find a runner. He times his short passes brilliantly, and more often than not, finds his teammate. Mattias always had a knack for playing through balls from his time in Malmo, where they operated in a free-flowing full-throttle attacking system. He is used to players moving around him constantly rather than staying ideal. This indicates that his talents lie in a counter-attacking team, but it can also be used in a possession-heavy side that implements positionally interchanging wingers and strikers, a method that Arteta is trying to bring about into his side.

Similarly, his defensive qualities may not be top-notch, but his contributions in and around the penalty box often bail Bologna out of tough situations. He sits back when the opposition attack rather than being the first man out and closing down a runner or the player receiving a pass. It may be easy to get past him, but he is certainly a hard worker and often blocks shots from outside the box while his 6’1 stature also allows him to be an aerial presence. Often engaging in winning the second ball, he times his jumps well and tries to head the ball down rather than clearing it away. He also has a unique sense of sniffing out danger and man-marking the crucial player in the box during a set-piece. Bologna shot-stopper, Lukasz Skorupski, is not the tallest goalkeeper in the league and often needs help at the first post during corners. Svanberg, more often than not, is the first man to head the ball away and divert the danger.

All in all, the midfielder is not the finished product but excels in areas Arsenal might need a midfielder to excel in. He adds qualities that are missing in their existing ranks, and his profile suits the kind of player Arteta would be open to bringing in. They are always willing to take a punt on an unknown quantity, but Tomiyasu can now provide his gaffer with some insight into his former teammate. There is a lot to get excited about with Svanberg and a lot to discover.

If the Swedish international is slotted into the current Arsenal system, he might just about be a bit-part player. He might blow hot & cold, and it could end his career in England before it even starts. However, with a bench role for a while and under the proper tutelage, he could shine. The Gunners just need to extend him a chance to prove his talent in one of the hardest leagues in the sport. He might not cost as much and shall certainly be eager to learn rather than becoming a troublesome & inconsistent mistake.

The rebuild is working, and it is time to add to the good work done – the addition of Svanberg shall certainly be a positive step in that direction.

– Why is Granit Xhaka so hard to replace at Arsenal?
– Pierre-Emerick Aubameyang isn’t a finished article
– Charlie Patino: The Rolls-Royce midfielder Arsenal have been brewing in their ranks
– Is Aaron Ramsdale a good buy for Arsenal at £32 million?
– Martin Odegaard: Arsenal’s very own Luka Modric