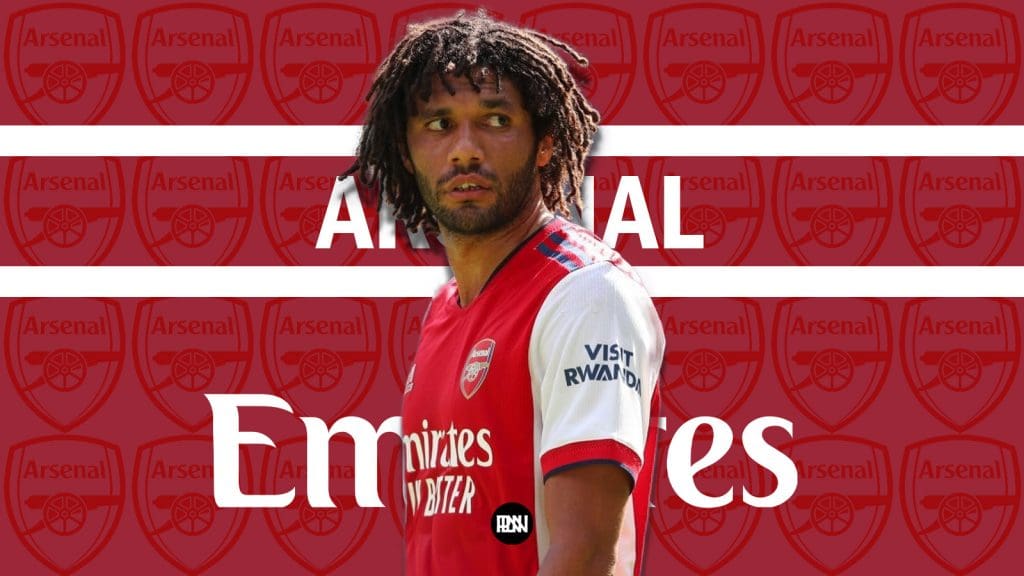 There have been reports about some interests from the Turkish sides for the signature of the Egyptian international midfielder Mohamed Elneny. The 29-year-old football had won four Super League Championship in three and half-season with Basel before joining Arsenal in 2016 and becoming the first Egyptian to play for the Gunners.

He enjoyed a blissful start to his Arsenal career, starting from a thunderous effort from outside the box against Barcelona in the Champions League Round of the 16-second leg. He won the Arsenal player of the month twice (consecutively in March and April 2016), while his goal against Barcelona won him the goal of the season award for Arsenal. Despite his impressive start with the Gunners, his simplicity, energy, and spectacular long-range goals haven’t won the Gunners’ fans over at the Emirates. His inconsistency, lack of pace, and comfortability on the ball have been highlighted to have hindered his game and performances.

Elneny’s name has always been making the headlines during the transfer window. His long loan move to Besiktas on August 31, 2019 – looked like the end of his Arsenal’s adventure, considering an optional buyout clause inserted in the deal. Though his time at Besiktas was fairly successful considering the amount of game time he had and how important he was for the team. However, an agreement couldn’t be reached to activate the buyout option.

His return to the Emirates was met with an indifferent feeling considering his performance against Manchester United, sitting at the midfield with Thomas Partey, both players were able to combine well to deny Paul Pogba and Bruno’s influence in the game and earned Arsenal their first win at Old Trafford since 2016. Upon good combination with Partey, his subsequent performances and presence on the field couldn’t win enough confidence from the manager and the fans, leading to continuous links with a move away from Arsenal.

Mohamed Elneny’s ability doesn’t seem to fit into Arteta’s plan, as the manager requires highly technical midfielders who are progressive passers and capable of making a half-turn while receiving a pass before finding their teammate in a better position. As basic as it sounds, Elneny struggles while receiving the ball under pressure near his penalty area. He often passes sideways and backward, mostly moving the ball into safe passages rather than initiating an attack from a deep position. His style of play has often attracted a lot of criticism but his energy, calmness, and commitment have made him an impressive character in the dressing room.

Mikel Arteta’s preference for Granit Xhaka and Partey’s combo, the signing of Sambi Lokonga, and the surprise decision to block Maitland-Niles’s move to Everton on transfer deadline day means Neny has decent competition for a spot in the middle. Considering how polished, refined, and exceptional Sambi Lokonga has been since making his Arsenal debut – he jumps ahead of the Egyptian (and possibly Xhaka) in the pecking order.

His technicality, maturity, and football intelligence hasn’t gone unnoticed, which was affirmed with his selection for international duty with Belgium. With Lokonga sniffing around, with the aim to get an opportunity in the midfield ahead of the usual duo Thomas Partey and Granit Xhaka, coupled with Chambers’ ability to play in the central midfield, Elneny’s place in the midfield is increasingly in doubt.

Chambers and AMN are both defenders but are reputably comfortable with the ball at their feet and are versatile, impressively, they’ve shorn brightly while playing a similar role to Elneny. Chambers had been awarded the 2018/2019 Fulham player of the season with 48.4% votes after being deployed in the central midfield position. Even if Elneny departs from the club, there seem to be capable replacements in the team.

Mohamed Elneny last renewed his contract on March 26, 2018, which expires next summer but there hasn’t been an intention from the Arsenal board to offer him an extension. With a year left on his contract and the possibility of leaving the club as a free agent next summer, it’ll be financially wise for the club to cash in on the Egyptian before the transfer closes in Turkey. Despite no transfer fee being reported in the media, Arsenal can still command some amount of money and also continue their strategy of clearing out the older players, reducing the wage bill, and also creating more room to sign a non-homegrown player in January with a quality target like Aouar making headline lately.

How could Leeds United lineup with Daniel James?
Who should Jonas Eidevall keep at Arsenal?
To Top