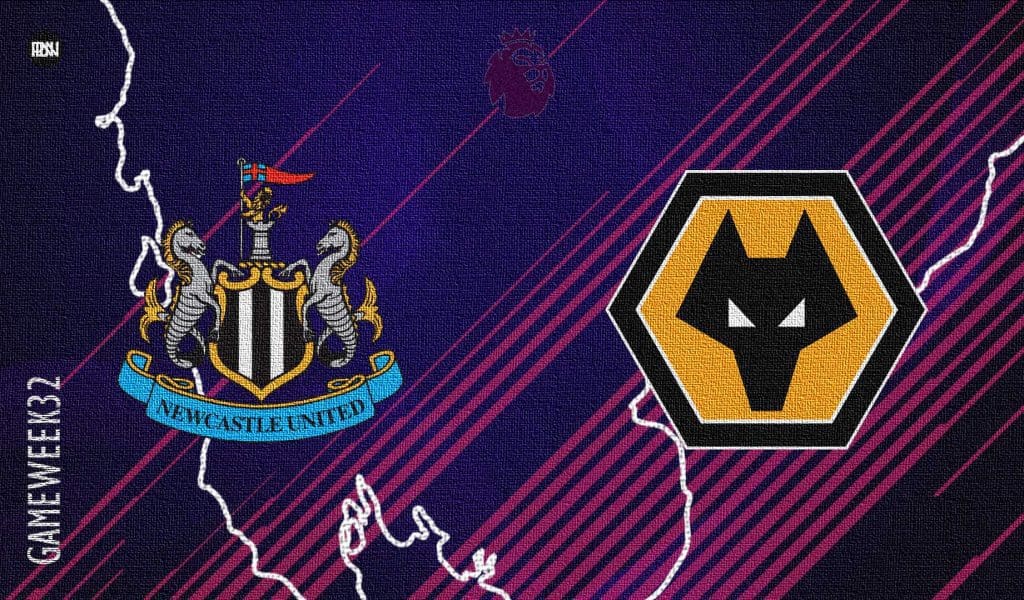 Newcastle United will look to bounce back from three consecutive defeats in the Premier League as they welcome Wolverhampton Wanderers to St. James Park.

The Magpies were humiliated by Tottenham Hotspur as they put five past Martin Dúbravka‘s net. Having gone 1-0 up through a Fabian Schär free-kick, the North London club took control of the game and comfortably secured the three points to keep them in the mix for a Champions League place finish. Meanwhile, Wolves continued their push for a Europa League finish with a win over Midland rivals Aston Villa.

Newcastle United have a long list of absentees for this game. Callum Wilson, Isaac Hayden, Kieran Trippier, and Jamal Lewis are all out through injury concerns while Miguel Almiron has tested positive for COVID-19 & Federico Fernandez is out owing to an abdominal issue. Joe Willock is a doubt after he injured his knee so that might sign that Bruno Guimaraes could make his first home start for the club on Friday night.

Joelinton is expected to make it for this game after he was ruled out of the visit to Tottenham Hotspur Stadium while Emil Krafth and Jacob Murphy are pushing to return to the starting side.

As for Wolves, Raul Jimenez will continue to serve his three-match ban so Fabio Silva could be assured of starting role in the side and Ruben Neves being out for the season after suffering a medial collateral ligament injury to his knee against Leeds United means that Leander Dendoncker should continue alongside Joao Moutinho.

Wolves come into the match unbeaten against the Magpies having last tasted defeat against them back in a Championship clash in February 2017. The Midlands club are much improved under the tutelage of Bruno Lage both in terms of league standings and overall quality of football. He has stuck to some of Nuno Espirito Santo’s key principles such as employing a three-man backline & also continuing to show faith in Conor Coady, Ruben Neves, and Raul Jimenez. But his man-management skills coupled with his ability to nurture talents like Max Kilman and Rayan Ait-Nouri, Lage has made Wolves a more watchable team again.

It’s a similar story in Newcastle where a change in ownership and management along with an excellent winter transfer window has propelled them from a side of relegation battlers to one which will stay in the Premier League for many more years to come. The Magpies appointed Eddie Howe after letting go of Steve Bruce who was not a fan favorite owing to the tactics he deployed during his tenure. Howe has managed not only to change the way the team plays but also has averted the possibility of relegation.

Newcastle are in a bit of a slump currently. After their nine-game unbeaten streak was broken by a last-minute Kai Havertz winner, they have gone on to lose to Everton & Tottenham. Kieran Tripper’s absence is hurting the team as his leadership and ability to organize his side on the pitch is something Newcastle are seriously missing. Wolves managed to comfortably overcome a lackluster Villa side. Spanish defender Jonny struck a spectacular half-volley after only seven minutes before Villa defender Ashley Young inadvertently scored an own goal to make it 2-0. Lage will look to continue Wolves’ domination against Newcastle though Eddie Howe does have the ability to pull out a result when his side needs one.

Following Tripper’s injury, the side’s creative plays are now heavily dependent on French winger Allan Saint-Maximin. The team’s primary ball carrier, Saint-Maximin ranks in the 98th percentile for progressive carries and dribbles completed in Europe’s top five leagues and creates 4 shots creating actions per match. No doubt his end product needs improving with just 5 goals and 3 assists in this campaign. But under Eddie Howe, a manager revered to play an attacking brand of football, Allan can rest assured that it will improve drastically.

Fabio Silva needs to start turning up his game or else he risks his Wolves career. A Jorge Mendes managed player, Silva moved to the Midlands club on a reported £35 million from FC Porto. But things have not gone according to plan. Silva’s lack of playing time has hurt his development too much. At 19 years of age where other young prospects continue to get thousands of minutes, Fabio has managed to get 346 Premier League minutes and with no goal, output to show for it. Consecutive Premier League starts should give him the confidence and allow him to kick start his Wolves career.