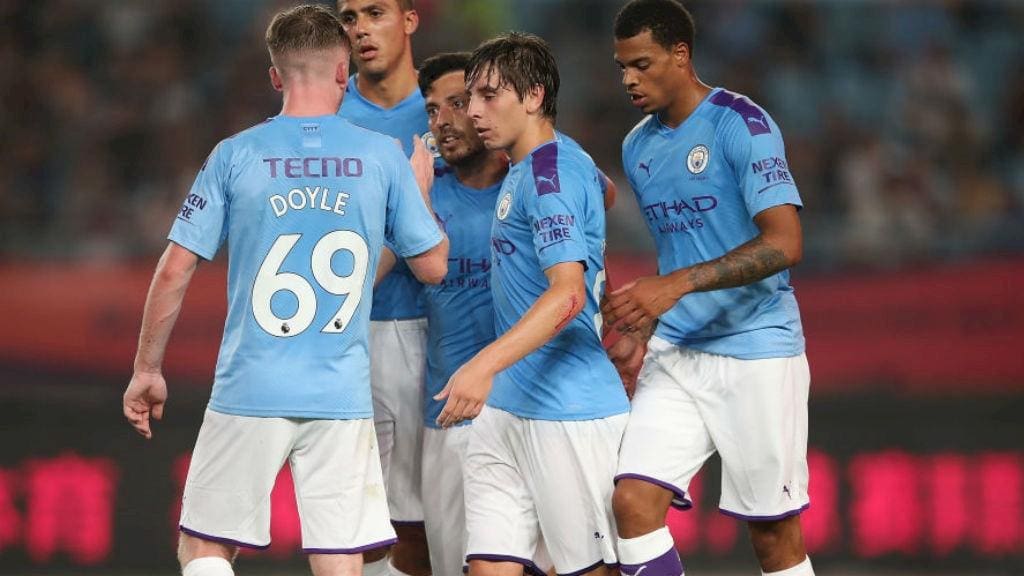 Manchester City comfortably secured win against West Ham by 4-1 in a semi-final of Asia Premier League match in China.

Mancity’s star striker Raheem Sterling scored a brace in the end after David Silva and Nmecha scoring in the early half. To the first practice match, Pep Guardiola also introduced club new signings, the midfielder Rodri and the left-back Angelino.

Rodri, signed for £62.8m from Atletico Madrid, played for almost 70 minutes in his first game for the club and it went quite well for him. While, in the contrary, it was a bad day for Angelino as because of his silly handball, the opponent were awarded with a penalty which caused the early breakthrough of the match and West Ham were leading by one to nil.

David Silva diminished West Ham jubilant by an equaliser in no less than 10 minutes and Nmecha’s penalty stroke, got them into lead before the first half. Raheem Sterling substituted in the second half, showed his excellence by scoring two goals for Pep.

West Ham was an easy opponent for the domestic treble winner and they start their 2019/20 journey on a successful note, despite being late to the planned schedule for Asia tour by two due to some administrative errors. Still Pep’s team was ready for continuing their glorious win after a successful previous year.