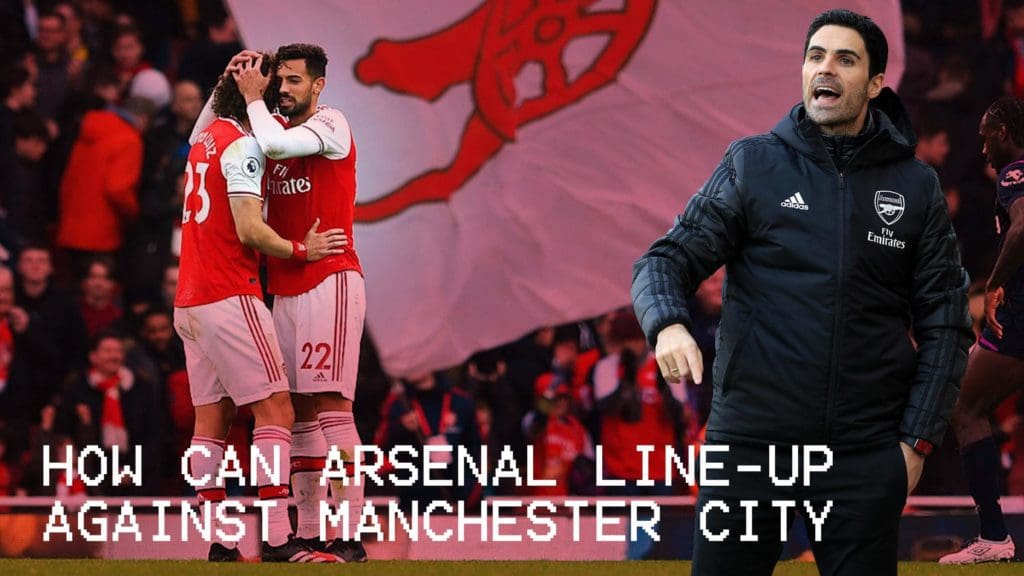 It’s about time now, the Premier League is ready to be back. And it’s starting off with a blockbuster fixture in Manchester City versus Arsenal. A battle of two titans, one is a powerful force across Europe while the other is looking to achieve its former glory again. One is managed by a tactical genius while the other used to be his No.2 who’s all but ready to challenge the throne of the genius.

All eyes are on the team that Mikel Arteta decides to lineup against the Manchester giants. Would he entrust the youth in Joe Willock and Eddie Nketiah or start with his trusted generals in Alexandre Lacazette and Mesut Özil. Whatever he may decide is for the future to recognise, for now, this is our probable lineup.

We’re suggesting a 4-2-3-1 formation with the reliable Bernd Leno guarding the goal post, Hector Bellerin, David Luiz, Pablo Mari and Kieran Tierney making up the back four. Dani Cabellos and Granit Xhaka started as the two pivots with Mesut Ozil taking up his favourite No.10 spot with Pierre Emerick Aubameyang and Nicolas Pepe starting on either side of him. Eddie Nketiah would be leading the line for Arsenal.

This formation could very well shift into a 2-4-4 in possession with Luiz and Mari playing deep and with Xhaka playing as the pivot. Kieran Tierney and Hector Bellerin can occupy the half spaces to nullify City’s two No.8s, Xhaka and Ceballos would guard the midfield with Cabellos also entrusted with the responsibility of feeding Mesut Özil. The German’s job would be to keep control of possession and to feed pinpoint passes on the counter-attack. With Aubameyang, Nketiah and Pepe would be primarily responsible for spearheading Arsenal’s attack.

It won’t be an easy job for Arsenal to take points from Pep Guardiola and his men but if they can successfully keep them at bay and hit them on counters then Mikel Arteta might get an unlikely result over Manchester City. 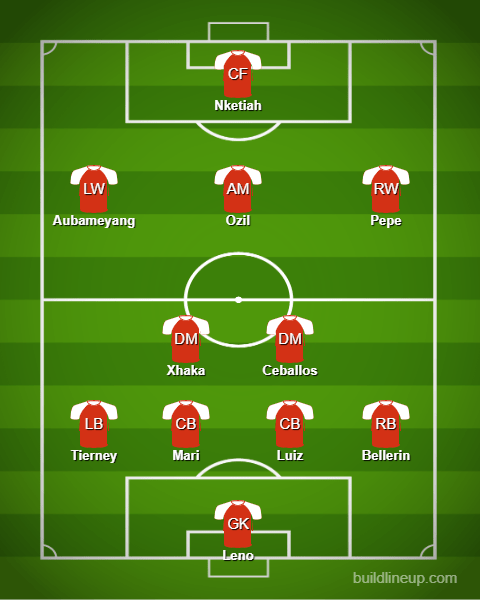