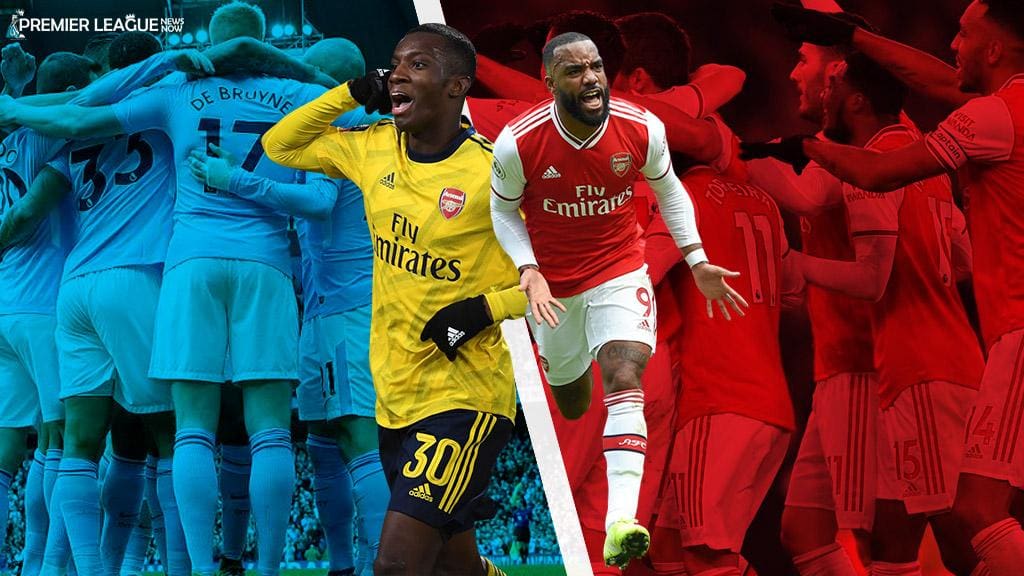 When Mikel Arteta lines up his team for Manchester City all eyes on would be on the player leading the attack for Arsenal. If we go by their natural positions, Arsenal have three strikers in the squad, Alexandre Lacazette, Eddie Nketiah and Pierre-Emerick Aubameyang. However, it’s pretty much an established fact that Aubameyang is going to start on the left-hand side of the 4-2-3-1 or 4-3-3, whichever formation Arteta decides to go with.

“I watched him train and I was very convinced he was the right player for us to move us to the next level, that he can contribute in a big way to the way we want to play.”, These were Arteta words when he was asked about his opinions on Eddie Nketiah. 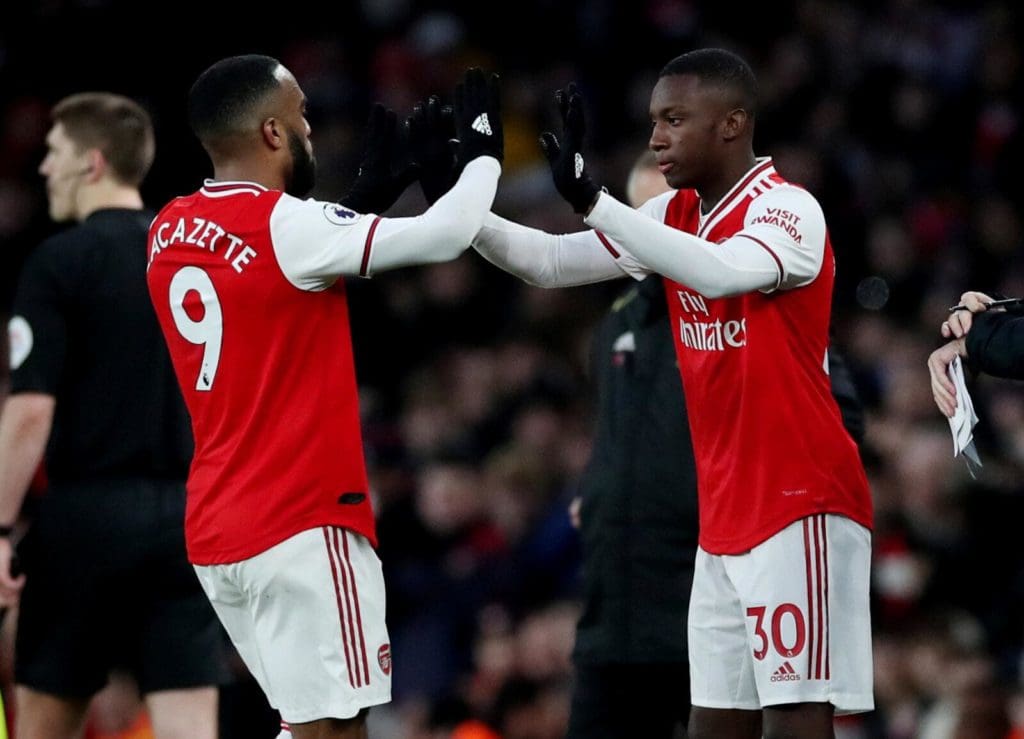 It looks mighty clear that the Spaniard entrusts Nketiah to be the next big thing and also values him as a valuable asset to Arsenal’s current campaign. However, he also has a certain Alexandre Lacazette, last season’s player of the season awardee, waiting in the ranks. One hand he has a young passionate and rapid poacher and on the other hand he has a much more established and complete forward.

While it seems like the better idea to go with Lacazette against a big team like Manchester City, however, Nketiah might just be the better option, how? 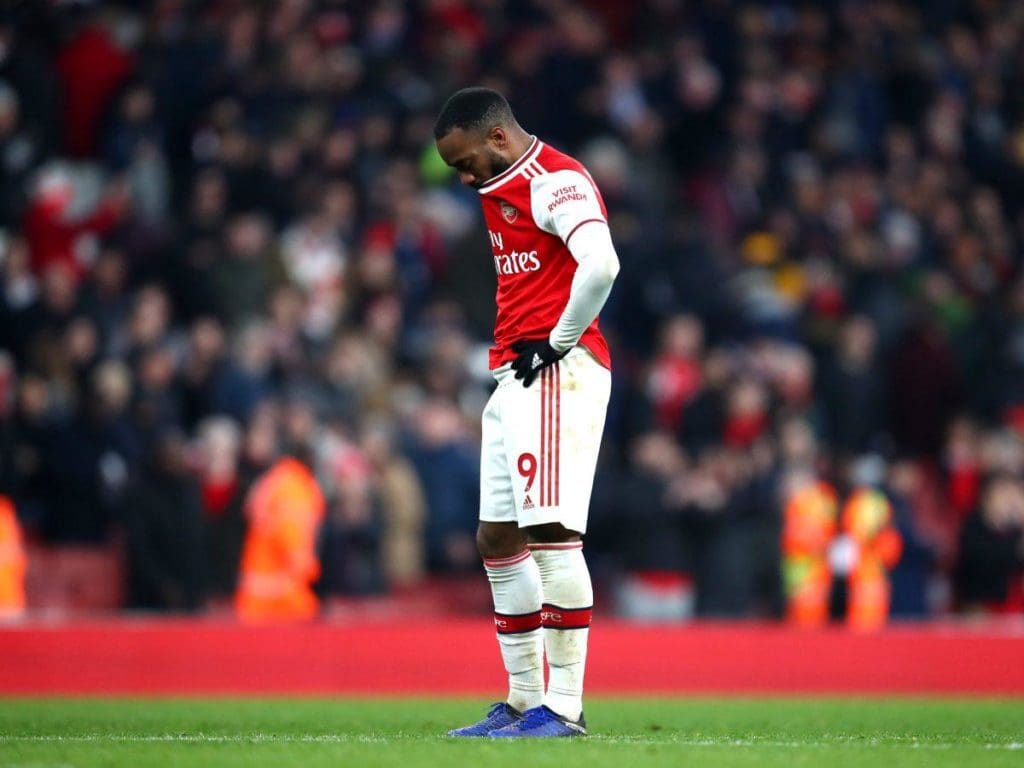 Under Mikel Arteta, Lacazette has been instructed to drop deep and make an overload in the opposition midfield. And this tactic has worked well for the Gunners as it has allowed them to dominate in the midfield and build a base to attack with Aubameyang and Pepe being benefitting from it.

However, against Manchester City, this might not be an effective tactic as they’re a side which always enjoys a large share of possession. And trying to dominate the midfield without a significant share of possession won’t be the smartest idea. 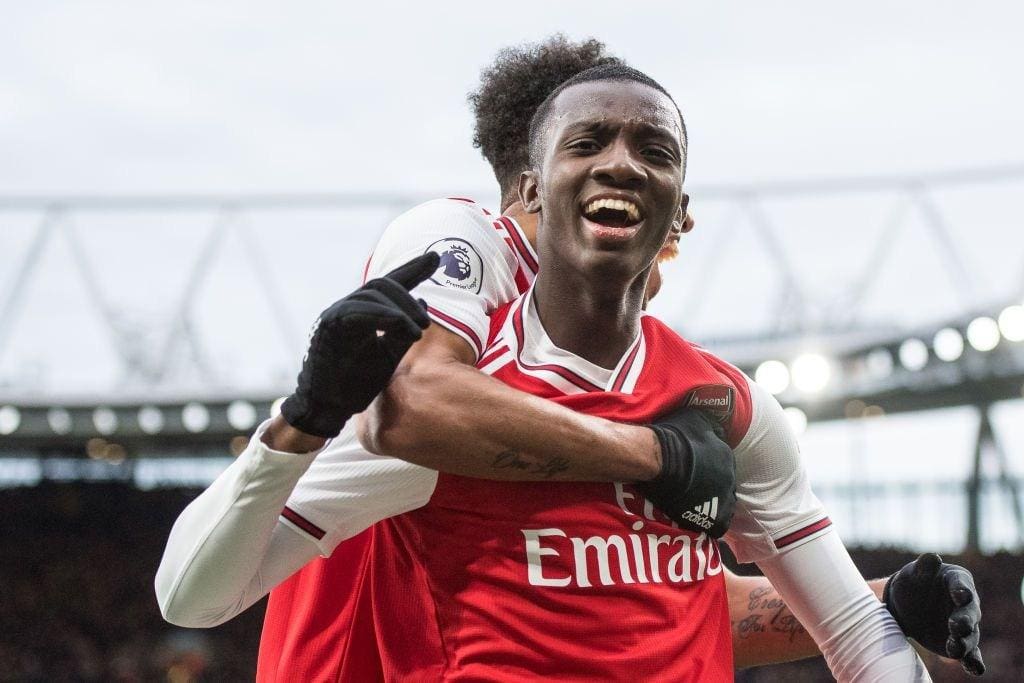 With Eddie Nketiah playing up top, Arsenal would be missing out on Lacazette’s hold up play as well as his physicality. However, Nketiah has fantastic poaching abilities and can run behind the defence with his pace. These skill-sets could come in handy against the Manchester giants as they’re a team who are vulnerable to counter-attacks throughout the season.

With Aubameyang cutting inside from the left flank and Nketiah running down the middle, Arsenal could have a pacy duo leading their attack and it might just be the right tactic against Manchester City.

A look at Manchester United three midfield transfer targets
How can Arsenal lineup against Manchester City?
To Top