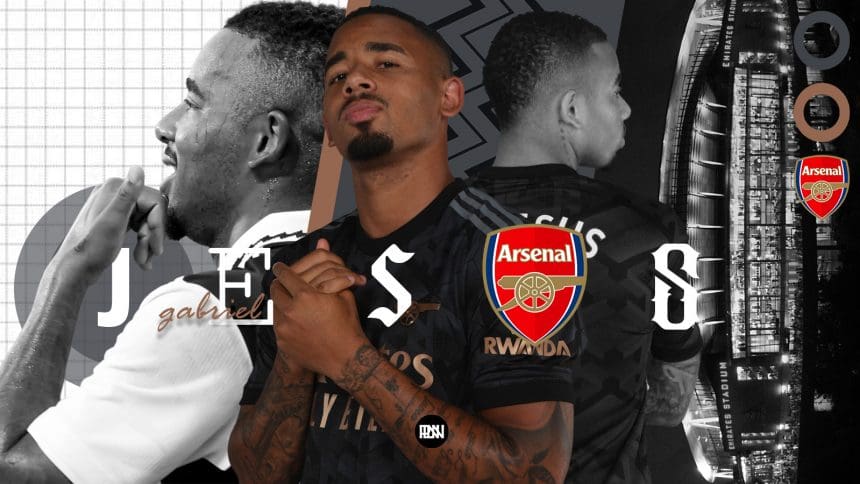 Although it’s only pre-season and games don’t mean much, Gabriel Jesus has been a breath of fresh air. In this article, I’ll try to break down some things I’ve found interesting and exciting from his first pre-season at the club.

7 goals in 5 games is impressive but the way he’s settled in like he’s been here for years is even more impressive. If you’ve been following my Twitter account, you’d know I said that I don’t see a flaw in his game. Did I overreact? Only slightly.

Other than his finishing, which could and mostly likely will improve, I don’t see anything you could point a finger at and say: Yep, that’s a weakness of his.

Watch how quickly he corrects his first position (not being an option for a wall pass and “not interested”) to having a defender pinned back and in control. The turn and ball control that follow just top the move off. Should’ve squared the final ball but look how quick and yet controlled he moves with the ball.

This time he wanders into the left-wing territory, interchanging with Martinelli in the process. He starts out very wide but is still willing to attack the box with pace and power after playing Xhaka through. The goal is just pure instinct of being in the right place at the right time. Martinelli should learn to do this regularly. Martinelli will love this switch and Arsenal have a different dynamic to try out in games but it’s worth noting that it’s been a while at Arsenal since a CF and a winger could fluidly change positions in the game without it looking forced.

When you look at what positions he ends up in attacks, you start to realize why he always ranked high with his xG numbers at City. You can’t learn goal instinct and Jesus has a nose for being in the right place as his corner goals versus Everton and Sevilla have shown. Also, it’s safe to say that his role on corners will be on the back post.

His goal against Chelsea looked classy at first but it looks even better when you realize how he fooled Mendy and had him right where he wanted him.

Now take notice of how he sells the fake shot (aggressive movement + opens his body) leading Mendy into thinking he’s going hard and across. He keeps his body open until the last second and chips with the inside of his foot rather than laces. Very hard to read that the shot will end up as a chip as a GK.

It’s well known that Jesus is one of the world’s best when it comes to suffocating opposition on the ball. When you break the tools he has at his disposal, you see why.

Pressing is more of a mental game than it is a physical one but he’s covered either way. Bulky frame, strong core and legs, and the ability to run non-stop. Jesus’ an absolute menace when it comes to closing down angles. If he sniffs a moment of insecurity on the ball, he’ll track to the end. He doesn’t waste energy needlessly tho, though he judges distances well but defenders have trouble doing the same as he has incredible acceleration. He doesn’t mind covering for teammates either.

Gabriel Jesus can carry the ball, shield it and play others through. However, I’m already seeing strong signs of cohesion between him and Martinelli but that’s not only for their Brazilian connection. Martinelli is a runner and doesn’t mind not getting the ball to his feet. Saka will absolutely make his in-behind runs but he loves to get the ball to his feet more. Having a runner with two players who love the ball to feet is crucial and that’s why I think Martinelli should be a starter this year, among other things.

Here Jesus doesn’t choose the pass over the top but you get a glimpse of how willing Martinelli is to make that run in behind.

Them switching positions will be a regular occurrence and they seem to be catching each other in-game preferences already. Keep an eye out on that combo.

All in all, it’s nice to have someone with a high technical base and an engine to match as a striker. Arteta asks a lot of his centre forwards and both Lacazette and Aubameyang struggled fulfilling everything. Jesus will combine and drop deep but still attack the box at every opportunity. Lacazette couldn’t do both regularly while Aubameyang struggled with dropping deep and making plays for others. Jesus is a brilliant acquisition for Arsenal and he looks like he’s enjoying the newfound responsibility on his shoulders. Let’s hope he can take his pre-season form into the season. 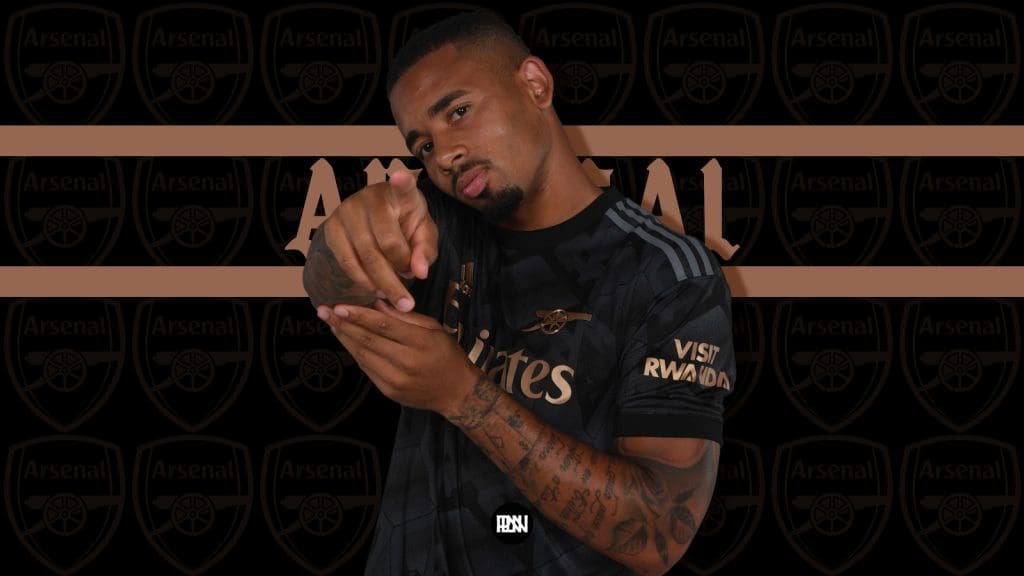 – Under the lens – Lucas Paqueta to Arsenal
– Are Oleksandr Zinchenko and Arsenal a perfect fit?
– Fabio Vieira: Arsenal’s maestro addition in midfield
– Why Eddie Nketiah staying makes sense for Arsenal 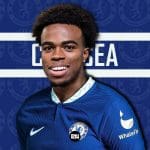 Signing Carney Chukwuemeka – a coup for Chelsea
Leave a comment