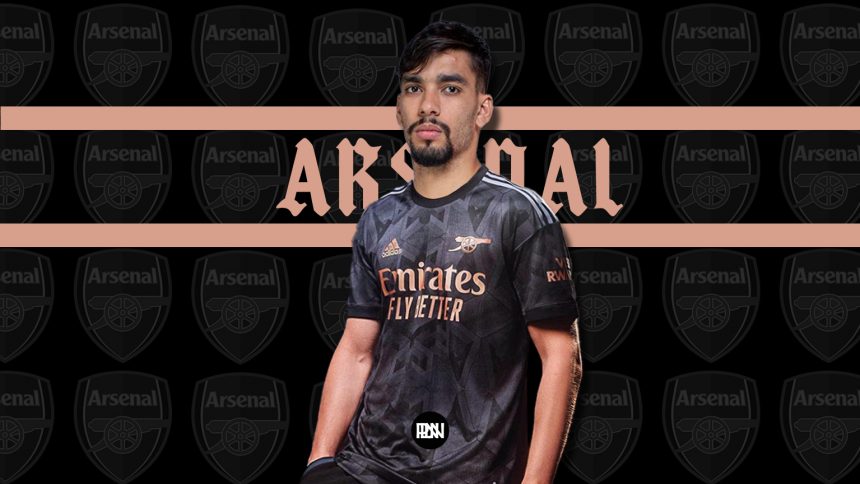 Arsenal have been making some of the most talked about moves in the ongoing transfer window. And recent links to Lucas Paqueta from Lyon, confirmed as strong, have certainly raised questions. Does Arteta plan on using him as a forward or an interior midfielder? Why yet another left-footer? What’s the plan for highly-rated academy player Charlie Patino – who has not been taken on tour with the first team?

Whilst a move is not certain, and we can’t answer all the questions surrounding a possible transfer, we can provide some answers by predicting his fit in Mikel Arteta’s team and in the process gain some insight into the thought behind the possible transfer.

The Gunners played a 4-3-3 formation for significant parts of last season which bears a strong resemblance to the same formation used by Pep Guardiola at Manchester City. Arsenal, however, lacked the same level of variety from their interiors (Xhaka and Ødegaard) that City have enjoyed from Bernardo Silva, De Bruyne and Ilkay Gundogan on occasion.

Arsenal lacked high-level presence in the box and in the channels, with Xhaka and Ødegaard unable to provide the running power of either City interiors as well as the instinct in the opposition box. Xhaka, more especially, would often attack the box but lacked neither the feel for goalscoring nor the fluid body motion to engineer his own shots, failing to fully shake the rigidity that he has come to be associated with as a deep-lying midfielder.

The signing of Fabio Vieira as well as strong links to Youri Tielemans and now, Paqueta suggests a desire from Mikel Arteta to improve the decisiveness and variety of his interiors. And also add quality depth and rotation options.

Lucas Paqueta can be described as having lots of variety to his game. He has an impressive technical base, paired with a great mentality which shows in his touch, guile and suppleness, allowing him to be super-inventive when faced with an opponent, tight spaces or other problems.

This variety has seen him used as a false 9, winger and a free role player last season. It ensures that he is able to find solutions on his own or through silky combinations with teammates at different angles of the pitch. He is also one of the best dribblers in his position.

As the parallels with Manchester City continue, he can be considered Mikel Arteta’s reply to Bernardo Silva – although he is yet to show the same level of comfort in deeper areas and the ability to receive directly from his defense.

Paqueta’s contrivance and technique makes him excel at quick passing combinations, finding teammates using a variety of touches. He also possesses the intelligence to make quick darts into space to free himself and receive effectively.

His associative tendencies allow him to develop a synergy with his teammates on the pitch; like with Neymar in the Brazil national team and Bruno Guimaraes, Moussa Dembele, and Houssem Aouar among others for Lyon. This is a factor to consider when predicting his adaptability to a new environment and country.

The Brazilian also shows a preference for through balls. In addition to this, he has great awareness and preemption of his teammates’ movements and is excellent at spotting runs. His through passes are mostly perfectly weighted and open up the game for his team. They also create a form of direct threat in offensive transition, where he always looks to find runners in behind.

Paqueta might get drawn to the ball a bit more than needed, but he shows a good sense of movement off the ball which gets more visible the farther he is from play. This means when the ball is on the far side, he makes runs in behind or runs to attack the penalty box. He also makes clever runs in anticipation of passes from deep.

In contrast, when close to the ball, he sees himself more as an orchestrator and likes to support possession, rather than make runs into the channels to open up space. He’ll drop off to receive, sometimes creating angles for the run of a ball-near teammate and to find teammates with through balls or clever passes in behind the opposition midfield line – to the blindside of the opposition midfield.

Sometimes, however, he drops when he should attack space ahead of him, making it easier for the opposition to defend against his team. 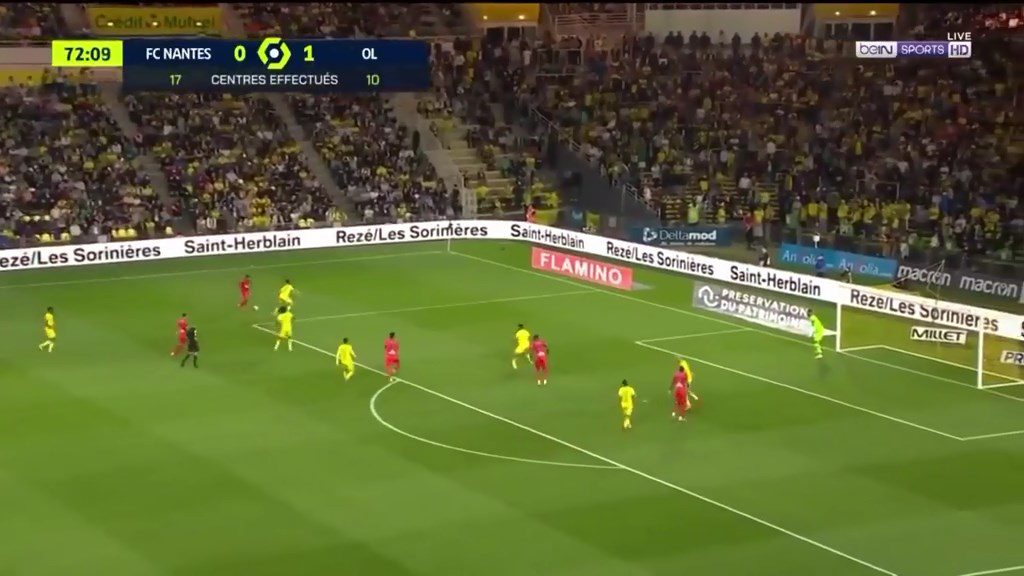 Paqueta also shows decent understanding of movement in the box. Positioning himself on the blindside of defenders at times and knows how to free himself to get shots at goal. His inventiveness also means that, despite being an average shooter, he can finish to a appreciable level when inside the box. 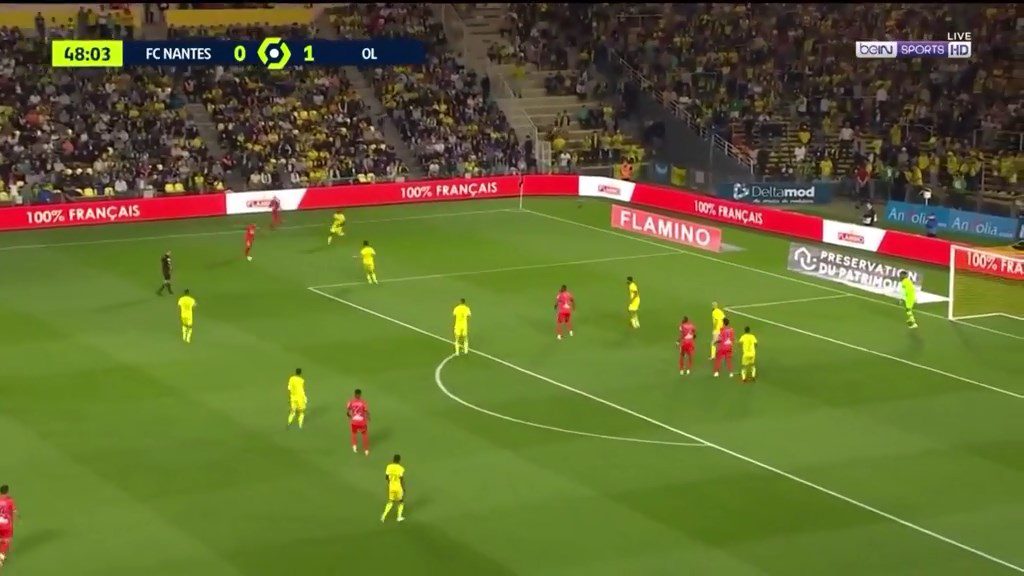 Defensive work and pressing have become a staple of Mikel Arteta’s Arsenal so far. And in these areas Lucas Paqueta is definitely no slouch. Like most other Brazilians, Paqueta enjoys doing defensive work and chases after the ball selflessly if needed. He readily assumes responsibility for tracking down runners, tackling, doubling up on opponents and setting pressing traps. All of this is paired with constant scanning of his surroundings to surmise which opponents are free and in dangerous positions, after which he readily applies himself to eliminate any perceived threat.

When used as a winger he will track the opposition’s wide threats, either the full-back or his opposite winger, and support his full-back defensively, which is one of the main requirements of wide players in Mikel Arteta’s defensive set-up. While if used in central areas he can step out to press the opposition defence aggressively, or block passing lanes into midfield and prevent ball progression.

None of Arsenal’s (starting) interiors have shown the ability to really deliver a punch in counter-attacking situations. Xhaka is mostly too deep and too slow to be effective, while Martin Ødegaard is yet to show consistent ability to create danger through his passing in transition, nor has he shown the zest for playing runners in behind.

In fairness, some of Arsenal’s inefficacy in transitions last season can be attributed to Alexander Lacazette’s lack of running power and passing ability over large distances – making him totally ineffective in central areas.  With new center-forward options, you can expect improvements in the level of threat from offensive transitions, but the major improvements will come from having midfielders who can force the issue in these situations.

This is one area where Paqueta presents a clear upgrade over the starting bunch. His passing in transition is consistently dangerous, and he is fairly quick – possessing the ability to exchange passes with pace or make runs of his own to stretch the opposition defence and is a capable finisher as well.

How much value can Lucas Paqueta bring to Arsenal?

Providing threat in transitions is not enough to justify a possible move considering Arsenal have just spent money on Fabio Vieira, and Emile Smith-Rowe is expected to assume a midfield role this season. Two players who have shown a strong eye for end product and possess similar and potentially greater levels of threat in the same situations.

Paqueta, for all his inventiveness, is not an expansive passer nor an excellent shooter. After close quarter combinations and through passes, there’s not much else to his passing game and he can’t strike through the ball. He also can’t provide the level of playmaking shown by Martin Ødegaard last season which made the Norwegian an integral cog in the Arsenal set-up.

The Lyon man also doesn’t run the channels with the running power of other space-interpreting interiors like Bernardo Silva, Jordan Henderson and often Kevin De Bruyne. A skillset which has proven to be important for teams who mostly face low blocks and play with inverted wingers. Like Arsenal.

So, if seen through, the move would be indicative of two things:

Most of Arsenal’s interiors are right-sided in their positioning. The main left-sided players being Granit Xhaka and the young Charlie Patino. Both players who are at the opposite ends of their respective careers, and can’t be faced with the burden of constant performance if Arsenal are to reach the heights they hope to reach next season. If conditions remain the same, one of Martin Ødegaard or Fabio Vieira will have to adapt to a left interior role next season.

That might prove to be too much change too soon for Fabio Vieira. Who has already shown a preference for the right side of the pitch at this stage of his career. Martin Ødegaard’s style of play is not certain to translate well to the left. And we can conclude from what we’ve seen of Smith-Rowe so far that the Hale End graduate is much better on the right side than left – as a midfielder.

So Paqueta is simply the more comfortable option on the left and keeps the team’s level high enough in the event that both players prove unable to maintain high levels of performance on the left.

Paqueta is a great player. Technically exciting, mentally resilient and physically impressive. He’s almost guaranteed to be a good signing for any club. Whilst Arsenal will gain certain benefits from signing him, will the benefits be worth the high amount Lyon are most likely to demand? I believe the possible fees might just be a fraction too high for a player who doesn’t provide all that Arsenal need. But if Mikel Arteta believes having a sure left-sided interior and quality rotation option is worth the outlay, then, by all means. 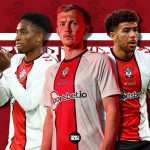 FPL 2022/23 Price Reveals: Whom Should You Target Amongst Southampton’s Assets?
Next Article 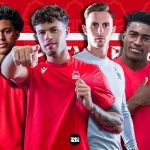 FPL 2022/23 Price Reveals: Whom Should You Target Amongst Nottingham Forest’s Assets?
Leave a comment