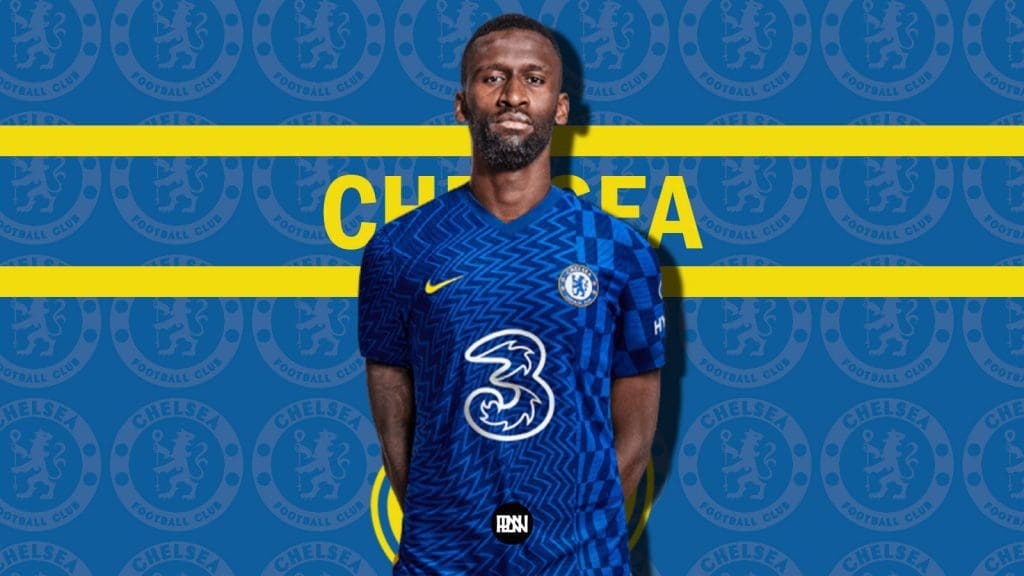 The Champions of Europe are not putting a foot wrong both on and off the field. Thomas Tuchel’s arrival has given the fans moments after moments to cheer about. His arrival has also changed the fortune of many players and the best example of it is Antonio Rudiger. But will the deadly union of Rudiger and Tuchel be over the next season?

Under Lampard, Antonio was no where near the starting XI and was also placed very low in the pecking order amongst the then available options. Thus, no fan had objections on news mentioning his departure from the Bridge, but since Tuchel’s arrival, no fan can deny that Rudiger is not just the most improved player but also the most valuable player as well. In any team sheet, he definitely is amongst the first names on the list.

But, Rudiger is in the final year of his contract, and come January, he will be allowed to have talks with any club, a situation that would certainly mean his departure. His agents and the club do not even look close to conclude a deal and this thus has made the fans restless.

The reports around the club suggest that the player wants a considerable rise in his wages, which certainly seems obvious considering how crucial he is to the European Champions but the Chelsea board, known to never flatter a player easily, are not willing to match the €200K a weak demand of the German. Here we discuss why the Chelsea board should put their foot back and try to get the deal done as soon as possible.

There is definitely a debate of Rudiger being the most in-form defender in Europe right now and the credit to this feat more than anything else has to be given to the system he is being played under. Rudiger actually introduced himself to the English football in the back 3 formation under Conte but the German never looked convincing in a back 4. Tuchel’s application of back 3 definitely benefitted him the most and no credits can be taken off the player as well, as despite being right-footed, he has been dominating a role which is better suited for a left-footed player. Under Conte and Tuchel, the systems although resemble similar on the field before the kick-off, but are very different in nature and Antonio Rudiger has ruled both of them in their respective times. Currently, he enjoys the freedom to bomb forward with the ball in a possession-based game and can play with the ball under his feet.

He is resolute in the impermeable looking defence as he has the strength to brush off defenders and has the legs to run down the field to cover any ball lost. He provides good cover to the left wing-back which allows Chilwell or Alonso to stay high up the field and contribute in the attacking third, something they have been doing excellently recently. Rudiger also has the courage backed ability to go for a solo run from his own half to the opposition third and try to create an opening in the most unexpected ways, apart from the defensive solidarity that he offers.

Being practical, right now Rudiger’s position seems the only position where Chelsea do not have a cover of the same caliber, something which is very rare when compared to the other positions. Malang Sarr, has been used as a cover for him but in honesty, he isn’t just ready to challenge the German for a spot and thus this is also one of the reasons why Rudiger is so crucial to the team. Other players like Thiago Silva can definitely play the role but no one can match the abilities to play on the left side of the back 3 with the same ease and perfection as Rudiger.

If Chelsea were to go in the market to find a replacement, the same problem might pop-up as no player would be available who could directly replace the German. Jules Kounde was heavily linked to Chelsea in the summer transfer window, but he is more suited to play as the right-sided center back and with Chalobah stepping up, the deal looks unlikely. De Ligt is also one name that reports suggest is a Tuchel target but him being right-footed raises the same concern. But one more thought around either of Kounde or De Ligt or any other replacement is, that if Chelsea were to get a new player in, they will definitely have to pay them more than £200K a week and this raises a question on why Chelsea is not paying the same amount to the player they already have and is very well drilled to play the role. Thus, the financial aspect of the deal also isn’t a good point to justify why the club is struggling to finalize a deal. Also, reports suggest that Chelsea are negotiating something over £150k a week but Chelsea now have to put a value on their defenders the same way they have recently done with their attacking front.

Chelsea have reportedly completed a deal for Turkish defender, Attila Szalai, but the 22-year-old must be considered more as a cover to Rudiger and not as his replacement as the Premier League will be a very big step up, and the pressure to replace someone like Rudiger will be very difficult to handle.

‘FIGHT FOR THE BADGE’

Most of the clubs in Europe right now who are struggling to be consistent have one common problem, that is the lack of motivation by players to fight for the badge. Players are getting conservative and are not ready to give everything on the pitch to avoid long-term injuries. But this is one thing that separates Rudiger from everyone. His dedication on the pitch, his ‘fight for the badge’ is just unmatchable. He has displayed this both on and off the field and this makes his game much better in big games where Chelsea needs him the most. In his press conference before the Atletico tie the previous season, he was clear how ready he was to against Suarez to fight for his badge. And on the field as well, we witnessed how great he was against the ‘bad guy’ of football, something which was a crucial point in Chelsea’s title-winning run. The other instant of his love for the club was when he went all guns pointed against Amartey, who was guilty of disrespecting the sentiments of Chelsea after their FA Cup clash.

All this just makes Rudiger much more important for Chelsea as a person in the backroom and this is what many young players under him can learn and help Chelsea build a legacy with the recent success they have cherished. He is a very good leader and a person who leads from the dressing room and carries the energy on the pitch. Thus, not just physically, but Rudiger’s importance can be stretched to the mental aspect as well.

Clock is ticking for Chelsea and world giants like Bayern and Real Madrid are ready to offer fortunes to the German International. Thus, Chelsea will have to prioritize this deal and get it over the line as quickly as possible, hopefully, much before the beginning of January.

– The Jules Koundé heartbreak saga and how it could have been a blessing in disguise for Chelsea
– Fantastic full-backs: How Thomas Tuchel has shaped Reece James and Ben Chilwell’s (inverted) impact on Chelsea so far
– Romelu Lukaku incompatible with Thomas Tuchel’s football?
– How important is Mason Mount to Chelsea?