Fresh off winning the Champions League title in May for the first time in nine years, Chelsea were looking to add significant additions to the squad this summer. One of the names linked heavily with the Blues was French defender Jules Koundé, who seemed set to join the West London outfit from Sevilla. While reputed football journalists and sources all reported that the deal to bring the centre-back to Chelsea was all but completed, a late development in the saga days before the transfer window ended meant that the Blues could not eventually secure their target.

While the Blues hierarchy were certain of acquiring their top defensive target for the summer, Sevilla’s director of football Monchi provided the late twist in the saga by stating that the Blues were never close to meeting the listed price. Therefore, even after agreeing on personal terms with Chelsea, Koundé’s dream of signing for the champions of Europe remained an unfulfilled one – leaving a bitter taste in the player’s mouth as he ignored both Monchi’s, and head coach Julien Lopetegui’s phone calls for the rest of the summer. But unfortunately for the defender, Koundé’s loss ended up being another man’s treasure – and things have changed drastically since then.

Unable to sign up a reinforcement at the back, Thomas Tuchel was forced to assess the options that he had at hand – and the mob of returning loanees meant that the German was willing to offer a fresh slate for anyone who wanted it. The Blues’ inability to sign Koundé meant that the likes of Trevoh Chalobah, Malang Sarr and Jake Clarke-Salter were all given chances to impress in pre-season – but it was the former who truly grabbed hold of his opportunity with both hands. Chalobah, who was on loan at Lorient in France last season impressed Tuchel enough in pre-season for the German to reward him with a start in the UEFA Super Cup against Villarreal.

And Chalobah has never looked back since. The 22-year-old started Chelsea’s opening league game of the season against Crystal Palace, helping keep a clean sheet on his league debut for his boyhood club – while also scoring a brilliant goal from 25 yards out. Starting on the right side of a back three despite originally being a central midfielder, Chalobah has slotted into the team like he has been playing for the Blues for years – serving as a brilliant rotational option for the aging César Azpilicueta. And when compared to the man who was set to join for £68 million by using underlying numbers from this season so far, it seems like Chelsea have saved a fair few bucks.

When it comes to defensive actions, Trevoh Chalobah overshadows Koundé by some margin. The Englishman has racked up an average of 4.20 tackles and interceptions per 90 in the Premier League this season as compared to the Frenchman’s 3.00 in the La Liga, while Chalobah also leads Koundé in defensive duels. Chalobah has tackled an average of 1.59 dribblers per 90, and contested 2.58 dribbles per 90 minutes – ranking him in the 99th percentiles of his positional peers this season, while Koundé has only tackled 0.10 dribblers and contested 0.50 dribbles per 90. Trevoh Chalobah also leads Koundé on pressures per 90, making 11.10 compared to Koundé’s 6.90.

While Koundé did seem like the perfect fit for Chelsea’s possession system with his expertise on the ball, the early months of the season has shown that Chalobah has fit into that role with ease beyond expectation. Trevoh Chalobah has looked comfortable with the ball at his feet, has impressed with his prowess at breaking opposition lines and ball progression, and standing at 190 cm, he has proved to be a threat in the opposition box as well. His defensive prowess has been commendable, as very few attackers have managed to get the best of him in direct duels – one can even stake a claim for him as one of the best defenders in the Premier League this season.

When the Koundé deal fell through in the final stages of the summer transfer window, many would have thought that the Blues would be back in hot pursuit of their top defensive target when the winter transfer window opens in January. But recent comments by the Chelsea head coach has hinted at a change of plans being in order for the winter transfer window, contrary to general consensus. Earlier this week, Tuchel was quoted to be saying: “I think every transfer period you need to evaluate again. You cannot say what we wanted in the summer, we do in the winter. And what we want to do in winter, we want to do the next summer. It is not like this.”

Tuchel’s comments followed Chalobah signing a new five-year extension to his present deal, as the defender who was set to leave on loan in the summer now finds himself an integral part of the squad with his contract running until 2026. The young Englishman who joined the Chelsea academy at Cobham at the age of eight is now a Premier League regular for his boyhood club, and has excelled as a squad option whenever called upon for the current league leaders. Chelsea were nailed on to sign Koundé for a sum of close to £70 million, but as it turned out – Sevilla’s unwillingness to negotiate could have indeed been a blessing in disguise for the west London club. As their head coach admits, the Blues may not need to push for the Sevilla defender in the winter after the unexpected emergence of one of their very own in young Trevoh Chalobah.

MUST READ: Trevoh Chalobah – Chelsea’s newest academy hero’s rise to the top and how Thomas Tuchel can use him this season 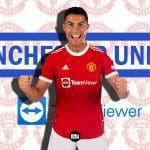 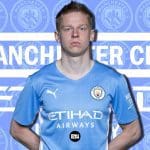