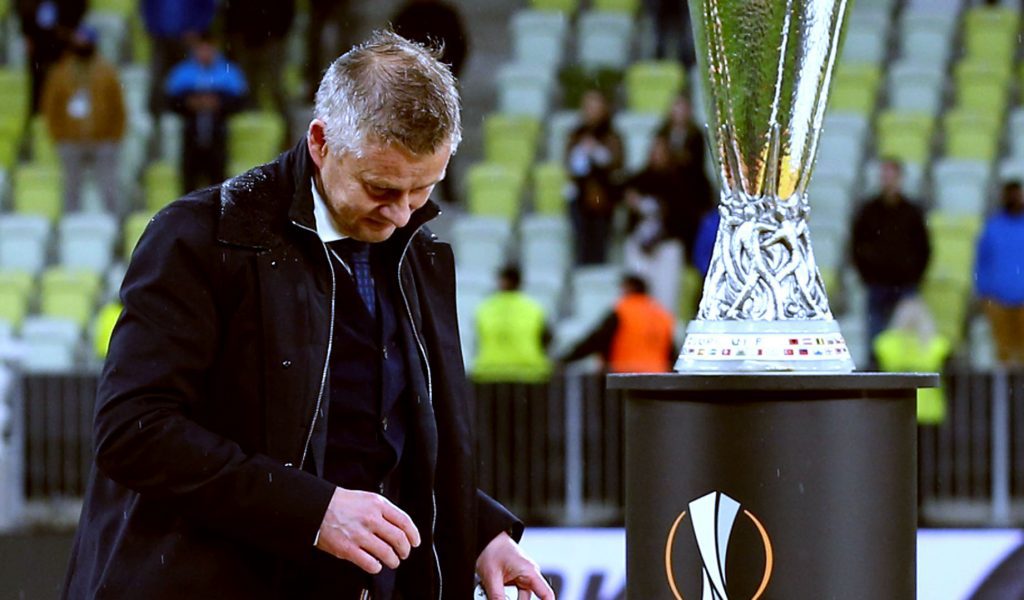 Ole Gunnar Solskjaer’s reign as Manchester United manager have had as many ups and downs as were the doubts that initially greeted news of his appointment. Whatever the shortcomings, it is evident that he’s been by far the most impressive and consistent manager since Fergie’s retirement.

The most impressive signs of his tenure has been his brilliant transfer acquisitions, who have all proven to be good long-term additions to the team. Aaron Wan Bissaka, Bruno Fernandes, Edinson Cavani, Amad Diallo, have all had a telling impact on the team. Fernandes in particular has been the most impressive, with the resurgent Luke Shaw also proving many doubters wrong by having an excellent campaign and Euros tournament.

Ole’s men were in for a good shout of the title last season, giving Guardiola’s billion dollars team a tough run for their Abu Dhabi money, as they finished runners up to their noisy neighbors.

However, the imminent acquisitions of Raphael Varane, Jadon Sancho, and possibly Eduardo Camavinga, could perhaps be the final jigsaw in Ole’s puzzle, as he seeks to finally wheel in some valuable silverware in the coming season. Given the team’s excellent away form last season, and their impressive season-ending home form, perhaps Mancunians should have some reason to be hopeful and excited, despite falling short in the Europa League finals against Villarreal.

Ole could be seriously looking to have a solid league and European campaign this coming season. Though most fans think a proven center forward that can bang in some good goals is the prime target for the club to reinstate themselves as rulers of English football. The quartet of Greenwood, Rashford, Martial, and Cavani (who’s past his best ) have collectively been arguably the best scoring forwards, though the fact remains you can’t have all four of them playing at the same time, with the addition of Sancho causing even more fresh competition for places.

The Red Devil’s can however take optimism from Ole’s steady progress in driving the team forward, having led them to back-to-back champions league place finishes and guiding them to some good runs in cup competitions. Oh! And Lord Lingard’s return on the back of a stellar campaign with Westham is a timely boost for the Red Devil’s, hoping that he keeps on the same form heading into the campaigns this season.

A lack of silverware for Ole’s men this season could prove to be a monumental failure, as the desire to tilt the dominance off from the blue half of Manchester riles in with every passing season! They’ve got to silence them, noisy neighbors, as they’ve been doing in the past two seasons when where Ole has been pepping Guardiola unscathed!!

Aurélien Tchouaméni: Is he a good alternative for Declan Rice?
Tottenham Hotspur could sell Joe Hart to make way for Pierluigi Gollini
To Top