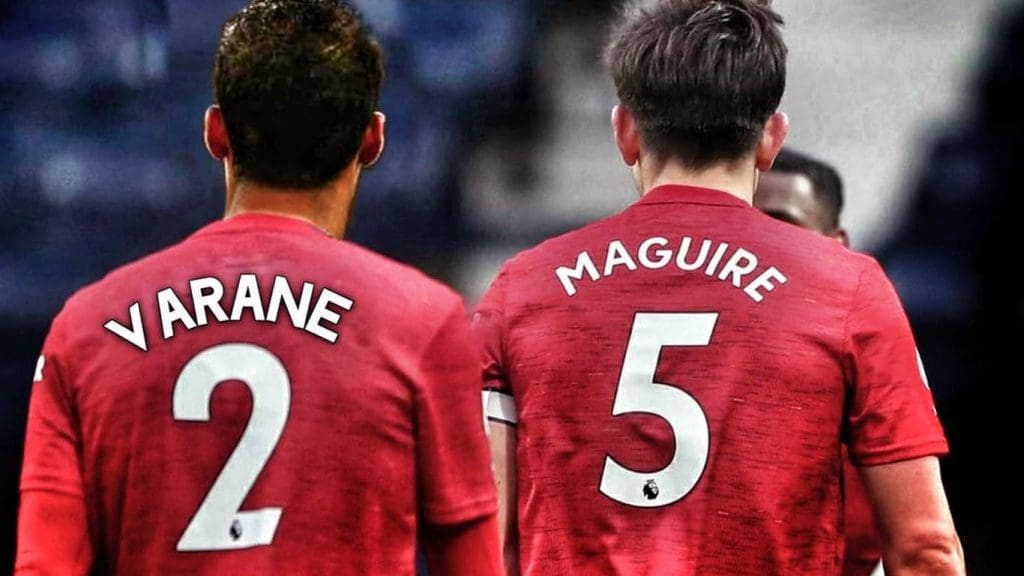 Manchester United are rumoured to be looking for a centre-back to complement Harry Maguire at the heart of their defence. They currently have seven players on their books for this position, including captain Maguire. United captain Harry Maguire and Victor Lindelof are manager Ole Gunnar Solskjaer’s current favoured partnership. Fans and pundits, on the other hand, have blasted the latter for lacking the overall quality to play regularly as a center-back for United.

Eric Bailly is the club’s third-choice centre-back, having played 21 times in all competitions under Solskjaer last season. When he first joined United in 2016, the Ivorian showed promise, but he’s had his fair share of injury setbacks since then, preventing him from earning a regular run in the club.

Meanwhile, the club is reported to have given Axel Tuanzebe the opportunity to earn further first-team experience next season through a loan move. Last season, Phil Jones did not play a single minute for United, while 18-year-old Will Fish made his Premier League debut against Wolves, and Teden Mengi spent the second part of the 2020/21 season on loan at Derby County and is set to spend the whole of 2021/22 season on loan at the same club.

With the defensive problems surrounding Manchester United, the only certified starter at the back in the current squad is Harry Maguire. Despite a reasonable defensive record, United’s backline was regarded as one of the team’s weaker areas last season, with no player standing out as a competent partner for crucial central defender Harry Maguire. This is why the club made finding a suitable upgrade a priority this summer, with Raphael Varane at the top of the list. Varane’s ability and experience at the highest level means he’ll be more than capable of forming a formidable defensive partnership with United’s captain at the back.

The 28-year-old Frenchman possesses all of the traits that a center-back should offer. He possesses the necessary speed to keep up with the Premier League’s fast wingers and attackers. He’s extremely strong in the air, and when it comes to headers, he’s almost always the winner. He’s also quite strong and has the type of build that a centre-back should have. The passing abilities and the composure of Varane are his standout traits along with his reach in order to perform defensive blocks.

Given these unique abilities, here are the main reasons why Raphael Varane could be the perfect partner for Harry Maguire at the heart of United’s defense:

We all know how much Harry Maguire loves to go forward with the ball in order to kickstart counter-attacks and also provide an extra man upfront either when it comes to teams that sit back deep or when United require a goal. However, when paired up with Victor Lindelof, Maguire at times was not able to do so because of the uncertainty of Lindelof sweeping up behind him if United were to give away possession. Lindelof has just managed to win 47% of his ground duels in the Premier League.

Another issue with Lindelof is his strength. Any player with a decent build can overpower the Swede and that can easily lead to a shot. This in turn, forces Maguire to stay more aware and be a bit more reserved when progressing ahead with the ball.

When it comes to Raphael Varane, it is a different story. The Frenchman does not dive into tackles but instead keeps his composure and makes tackles only when required. He is also strongly built when it comes to his body type and has also managed to win 56% of his ground duels which is a pretty good number. His defensive composure and strength will not only help United win the ball back but also help Harry Maguire use his ability to progress the ball further and also provide an extra man in the attack.

Similarities in playing style and help in the build-up play

Varane’s ability and expertise at the top level means he’ll be more than capable of forming a powerful defensive partnership with United’s captain. Furthermore, his defensive effectiveness in some critical areas last season bears an uncanny resemblance to Maguire’s, validating the two’s viability as a center-back pairing.

Maguire’s success percentage of 70.59% in defensive duels won for 2020/21 in club football was strikingly identical to Varane’s of 75.23%. From the 305 central defenders who played over 1500 minutes last season in Europe’s top five leagues, the Madrid man ranked inside the top ten.

Varane’s ability to play with the ball at his feet would also be a welcome addition to the United defence. Real Madrid likes to control the ball in most of their games, and they are among the top three teams in La Liga in terms of ball possession and shortest goal kick distance. United is, coincidentally, second in the Premier League in this category. This shows that both teams prefer to keep the ball short and build from the back. The key to doing so well is having central defenders who are equally at ease in possession as they are while defending – United’s backline hasn’t always looked particularly fluid in this regard.

Varane averages just under 50 passes per 90 minutes with Madrid, and he has a pass success percentage of over 90% within that high number of passes. But, more importantly, his passes aren’t all short and sideways; he can also deliver penetrating long accurate balls into the attacking third with a long ball accuracy percentage of 60.11%.

With a success percentage of 71.04, Maguire outperformed the Frenchman in aerial duels won, although Varane’s personal success rate of 69.81% still placed him in the top 15 of the previously mentioned group of players.

This is significant because when playing a high defensive line, such as the one Solskjaer intends to utilise to allow his team to press high up the pitch without the ball, it’s critical to have centre defenders who can dominate in the air. Surprisingly, Victor Lindelof (57%), Eric Bailly (53.19%), and Axel Tuanzebe (37.5%) all performed far lower in this department last season, which could explain why they’ve underperformed in contrast to Maguire and why Varane is considered as a significant improvement.

Another quality that is required when playing a high line is speed, which is something that even Maguire lacks. Varane, on the other hand, can go toe-to-toe with speedy attackers coming in from behind and make crucial recovery runs when United needs them, addressing what has previously been a weakness in their game.

Varane is a high-quality defender in general, and his specific circumstances at Madrid, along with his apparent desire for a fresh challenge, make him a realistic and reachable target for United this summer. He is set to cost around £50 million along with a £12m-per-year net contract which is a highly reasonable fee for a player who arguably one of the best defenders in the world and also at his prime.

MUST READ: WHY Raphael Varane could be perfect for Manchester United 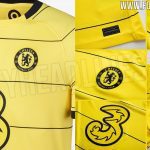 Chelsea Away Kit for 2021/22 season LEAKED!!
Leave a comment