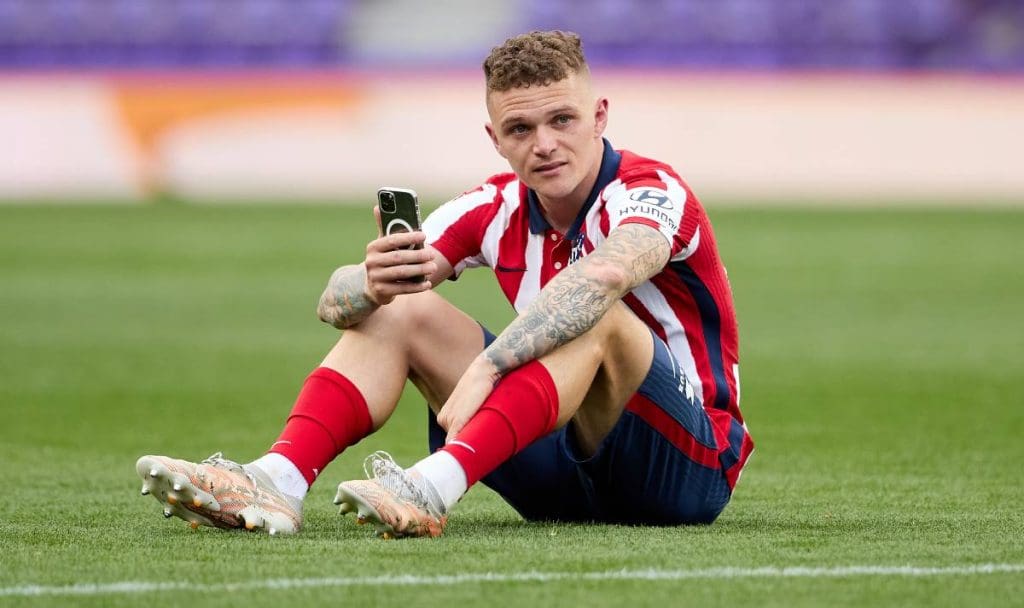 It finally happened – Jadon Sancho signed for Manchester United a week ago, and the hierarchy, as well as the fans, are jubilant. However, that does not mean that the Red Devils are done with their summer transfer business.

Ole Gunnar Solskjaer wants to strengthen his defensive options, particularly in the centre-back and right-back roles. While Raphael Varane has been targeted for the former role, Kieran Trippier wants to fill into the latter. The former Spurs centre-back is keen on making a move back to England this summer, and as per ‘The Metro’, Trippier has already told his England teammates that he intends to push for a move to Old Trafford once the Euros are over this weekend.

Would Trippier be a good option for Manchester United?

If the price is right, certainly. Manchester United’s first-choice right-back in Aaron Wan Bissaka has been incredible for the club since his £50 million move in 2019. However, he too has his limitations, especially going forward.

Take the Europa League final for example- Wan Bissaka was hesitant to go forward all the time because he knows that he cannot provide the end delivery, and then he could be caught on the counter-attack. This led to the Englishman making misplaced passes, losing aerial duels and bad touches in dangerous areas. There was also a moment in the game when Solskajer was furious with Wan Bissaka’s pass because it was completely wayward.

Now suppose they had Trippier in that role that day. More chances, more possession, and an equally solid defence. It is important to understand that Trippier is a La Liga winner, and back at Tottenham, he seamlessly replaced Kyle Walker, who was a mainstay right-back at the club for half a decade. Trippier was also an integral part of the England team that reached the World Cup semi-final, while he also performed admirably in the Euros this year, in whatever little capacity he could. Thus, he certainly still has the talent to perform at a high level.

Moreover, the best teams in Europe have depth in every single area of the pitch. Take last year’s Champions League finalists, Chelsea and Manchester for example- while Chelsea had the option of playing Reece James, Cesar Azpilicueta, and Callum Hudson-Odoi in the right-wing back role, Manchester City had the option of playing Kyle Walker or Joao Cancelo in the right-back role.

It takes a village to win the best trophies or to paraphrase Pep Guardiola’s infamous quote from last season ‘It takes little money to win one trophy, it takes a lot of money to win trophies every year’. Using that context, United need to strengthen in every department, and while they brought in Alex Telles to supplement Luke Shaw on the left side last year, they need to do the same for Aaron Wan Bissaka.

In terms of numbers, Trippier was probably the best right back in the Spanish League last season. At 2.2 successful tackles per 90 minutes, Trippier was also hugely involved in the game while he also averaged 0.8 dribbles against average last season, which means that every time he let very few people go past him. While Wan-Bissaka was better than him at this, United only need such numbers when they play against the Top 6 or the Top 8 of the Premier League.

On other occasions, they need a full-back who can make overlapping runs and provide crosses to Edinson Cavani, who is an excellent header of the ball. Trippier was averaging 1.5 successful crosses into the box last season, and while that is a decent number, he was held back from attacking all the time because he was playing in a conservative Diego Simeone side. United are far more dynamic, thus, this number will only increase with the Red Devils. His 7 assists last season, coupled with 1.5 key passes per 90 minutes, show that Trippier is an incredibly useful option in the right-back role. Wan-Bissaka could also use some competition down that side, and you never know, that could eventually garner some of his creative juices.

Manchester United did not have a ‘set-in-stone’ right winger last season. Mason Greenwood or Daniel James play that role alternatively, however, neither looked right for the part. Thus, signing Jadon Sancho was the right decision as he filled that void while he also has a ‘world-class winger’ aura about him.

However, it is his style of play that will benefit Kieran Trippier next season, should the Atletico full-back sign for the Red Devils this summer. Sancho can play anywhere across the pitch and over the course of the game, he shifts to the left, moves to the centre, and cuts in continuously. Very rarely does Sancho move out wide and deliver crosses. This leaves a lot of room out on that right-wing which needs to be attacked by the right-back. Trippier used to do this constantly for Tottenham a couple of years ago and it feels like Spurs are yet to find an able replacement for the player.

Even if it was not Sancho, Trippier has a habit of staying out wide because he knows he has the ability to deliver accurate crosses into the box. It was also seen last season that when United have a majority possession of the ball, they shift into a 3-5-2 or a 3-4-3 but because Wan Bissaka could not do the attacking bit all that well, the ball would continuously shift to Luke Shaw on the left side, which made United a bit predictable last season.

This could give United a whole new dimension on the right side, and they could finally compete for trophies on all fronts next season.

According to reports, Atletico Madrid have rejected United’s initial bid of £10 million, as they feel that they can churn out more than £25 million for a player whose contract will expire after 2 years.

Also, given that Trippier will turn 31 this year, he still has 2-3 good seasons in him, and with his fitness levels not dropping a pinch in the last five years, Atletico are confident about their asking price.

Manchester United should be comfortable with this fee as they can afford it while it is a relatively small fee to pay for somebody who can add a lot to this team. Apart from Trippier, United are also targeting Raphael Varane, Eduardo Camavinga, and an out-and-out centre-forward. There are big expectations on Solskjaer next season, and if United achieves their transfer targets, they could have one of the most star-studded squads in Europe next season.