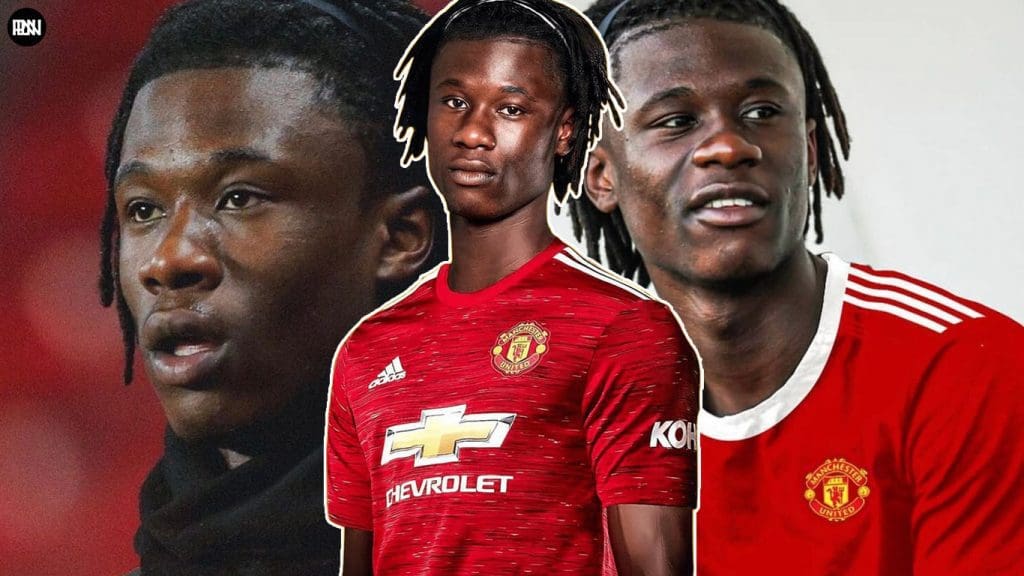 18-year-old sensation, the biggest player at his club, French wunderkind – Eduardo Camavinga has ticked every box of what most clubs in the world are on the lookout for currently.

Manchester United, who are always amongst the rumour mill for such players, have made their interest in the player clear to Rennes. Ole Gunnar Solskajer wants young, intelligent, and technical central midfielders in his team, and Camavinga is top of the priority list currently for the Norwegian.

Who is Eduardo Camavinga?

A product of Drapeau Fougeres, Rennes secured the services of Eduardo Camavinga in 2013 when the Frenchman was only 11 years old. His use of the ball was delightful, while his talent was clear to everybody at the youth academy.

After becoming one of the youngest players to feature in Rennes’ U-19 side, he soon made it to the club’s B team in 2018. In the matter of a year, Camavinga was bumped up to the first team as Rennes secured Champions League football. Camavinga’s movement off the ball while his trickery with the ball was unknown for a central midfielder.

His strength and calmness in possession made him a sight to see for clubs all around the world. Camavinga soon started functioning as a box-to-box midfielder on the right side of a 3 man midfield. While his performances last season gave the world a taste of what he is as a player, he has really burst onto the scene this year.

In a two-man midfield, Camavinga has played with much more freedom this season as he could command a lot more of the area on the pitch. Although Camavinga only contributed to a couple of assists, his defensive performances were a joy to see. He could play the ball out from the back while he could also spray the ball 40 yards away to an on-rushing winger during a counter-attack. The 18-year-old averaged a 90% pass completion rate, and his slick movement on the ball was hugely benefitting the way Rennes function.

It is not every day you see a left-footed central midfielder glide across the pitch like a gazelle. While his trickery reminded his coaches of Zinedine Zidane, his range of passing is a little Paul Pogba-esque. He can dribble the ball for long distances while he can string a bunch of passes together in tight spaces. While he is not the tallest midfielder, at 5’10, Camavinga can win most aerial duels while he is also incredibly hard in a challenge.

All these incredible qualities, but can he cut it in the Premier League?

Why are Manchester United keen on signing Camavinga?

While the simple answer would be that any teenage sensation is worth having a crack at, Camavinga solves a lot of problems for a club like Manchester United.

Fred and Scott McTominay are currently the first choice defensive midfield options for Solskajer, while Nemanja Matic is a very able back-up with his age and experience. None of these players are world-class options and if United want to make it back to the top, they are going to need several top-class players. The signing of Bruno Fernandes one and a half years ago was a statement of intent, and it has paid rich dividends for the club.

The club’s subsequent interest in Jules Kounde, Raphael Varane, and Pau Torres is evidence enough of how Solskjaer wants his team to set up next season. Additionally, there is no certainty on the future of Paul Pogba at the club but the club also have Donny van de Beek as an able option on the bench.

This is where Camavinga would be helpful. Unlike the other central midfielders at the club, Camavinga allows Solskajer to set up in a 4-2-3-1 as well as a 4-3-3 when needed. His ability to protect the back four comfortably coupled with an innate passing range is everything United need right now. Solskjaer, who emphasized the need for quality from his midfield line last season, understands that Camavinga can bring every bit of ‘oomph’ United need in the centre of the park.

The fact that he is a generational talent also bodes well for United because there is still so much to come from a player as young as the Frenchman.

Although Manchester United are interested in the midfielder, so are several other top clubs in Europe. Real Madrid and PSG made their interest clear to the player’s agent last season itself, but Rennes retained the 18-year-old’s services for the 2020/21 season.

However, it will become extremely hard for Rennes to keep the player at the club this summer as his contract will be up next year, and the club will want to cash in on the player as soon as possible. As per The Daily Mail, Camavinga will be available for a fee of £50 million this summer, a number very doable for a club of the size of Manchester United.

These are exciting times for Manchester United, and the club is focused on getting back to the top of the Premier League table. A player of the ilk of Eduardo Camavinga will certainly be interested in joining one of England’s biggest clubs, should he choose to do so, only time will tell.