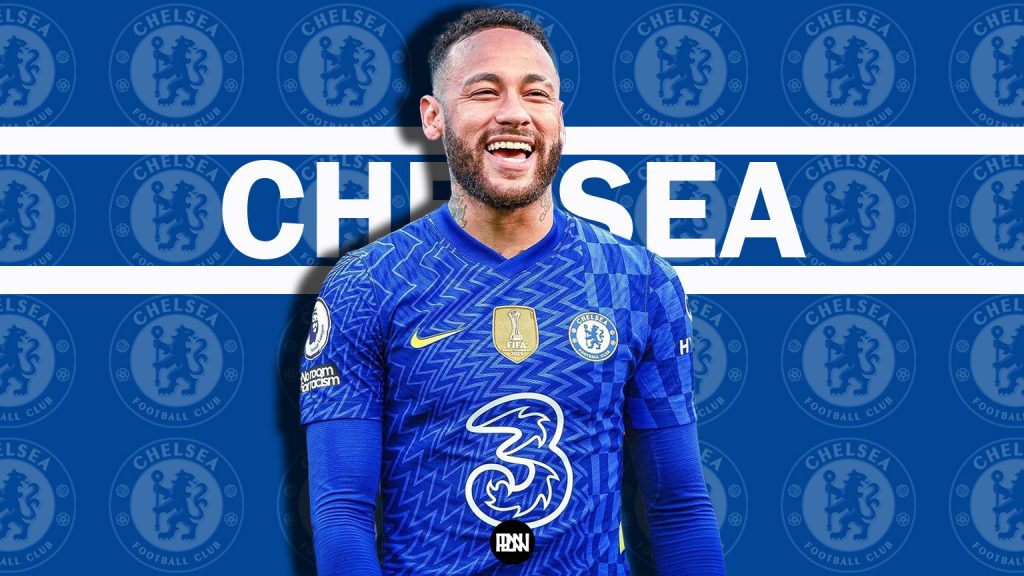 It’s been over a month since Todd Boehly took over Chelsea Football Club. Already having secured two new signings for the women’s team so far, the new American owner of the West London club has been in search of his first acquisition for the men’s team – a signing which Boehly reportedly wants to pose as a statement to the Premier League, that the Blues are still trying to cut the gap at the top of the table under new ownership. Albeit there has been plenty of change in the board hierarchy with Marina Granovskaia, Bruce Buck, and Petr Cech all departing over the past month while handing Boehly the keys to act as an interim director of football, the Blues are yet to make their first signing of the summer – although not for the lack of trying.

With club-record signing and top earner Romelu Lukaku being given the nod to rejoin Inter Milan on a season-long loan, Boehly has made plenty of room in the wage bill to accommodate new signings in the attack. While names like Raheem Sterling and Ousmane Dembélé have been linked, Chelsea agreed a £55m fee with Leeds United to secure the services of Raphinha – but the Brazilian has his mind set on a move to Barcelona, having agreed on personal terms with the Catalan outfit four months ago. With another reported target Richarlison securing a move to Tottenham Hotspur, it feels like Boehly’s opportunity to make the statement signing he wants is one that has dribbled past him – but recent reports from Julien Laurens would beg to differ.

Laurens – a top-tier source in France – has reported that Paris Saint-Germain are trying to offload their record signing Neymar this summer as part of their overhaul. He added that the Brazilian’s representatives have contacted Chelsea to enquire about a possible transfer, a report that has fuelled rumours of the most expensive player of all time looking for a move to the Premier League. Laurens had previously reported that only three clubs in the current market can afford the Brazilian superstar – Manchester United if they offload Cristiano Ronaldo, Newcastle United, and Chelsea – a move to the latter seems to make the most sense if all factors are considered.

Boehly has been in the market looking for a statement signing – and no other signing would send shockwaves through the rest of Europe than the acquisition of Neymar. One of the best players of his generation in his own right, the €222m move that took the Brazilian to the French capital in 2017 has not worked out for both parties as much as they would have liked to. While PSG roped him in for a world-record fee to boost their bid to win the Champions League, they still remain in pursuit of a maiden European title after five years of the Brazilian – and after Kylian Mbappé tied himself down to a long-term deal at the Parisian outfit, Neymar is being considered to be surplus to requirement and open to a move – even if it requires him to initially go on loan.

Even though Neymar’s stint at Paris did not scale the heights which he did at Barcelona, it would not be an exaggeration to say that the Brazilian put up great numbers in the French capital – and particularly under Thomas Tuchel. It can be said that the Chelsea head coach got the best out of the maverick superstar in his two and a half years in charge of PSG, as Neymar came within touching distance of the holy grail of European football in 2020 when they lost in the final to Bayern Munich. Strictly judging by numbers, the best years of Neymar’s Paris spell came under Tuchel, as he racked up 51 goals and 32 assists in 67 appearances under the German. Testimony of the Brazilian’s respect for Tuchel can be cited from his quote from last year when he called Tuchel “a brilliant man” and went on to say that he would “give his life on the pitch” for him.

The potential acquisition of Neymar would reunite him with Tuchel, and would also provide a solution to the creative problem that has bogged the Blues down in the past season. Chelsea accumulated an expected goals (xG) tally of 69.30 over the past season compared to Manchester City’s 93.40 and Liverpool’s 93.02, and the acquisition of a world-class creative profile such as Neymar would certainly be a step towards bridging the gap between the Blues and the title race contenders. Amongst attacking midfielders or wingers in the top five European leagues over the past year, Neymar boasts of incredible creative numbers – the Brazilian averages 0.62 through balls per game which places him in the 99th percentile. His creative credentials can be further proven by the shot-creating actions and goal-creating actions that he racks up per 90 minutes – Neymar’s 5.59 shot-creating actions and 0.74 goal-creating actions per 90 rank him in the 98th and 93rd percentiles respectively, making him statistically one of the best creators in the world.

Another attribute of the Brazilian that would help him fit at his potential new destination like a glove is his dribbling ability. Neymar has already carved a niche for himself as one of the best dribblers of his generation, attempting 6.13 dribbles per 90 while completing 2.99 of them – ranking in the 96th and 95th percentiles respectively amongst attacking midfielders and wingers over the past year. The flamboyant superstar has never been one to shy away from a direct duel, as he averages taking on 3.41 players per 90 – an attribute that Chelsea have lacked since the departure of Eden Hazard. The individual quality and brilliance that Neymar can conjure up on his day is reminiscent of the Blues’ brilliant Belgian, and helps him fit into Tuchel’s system – it has been reported that the German is looking for attackers who possess the one-on-one ability.

Besides his proficiency as a creator as well as a dribbler, Neymar is also a world-class ball progressor in terms of both passes and carries – the Brazilian averages 6.44 progressive passes per 90, 63.78 carries per 90 and 10.32 progressive carries per 90, ranking him in the 99th, 99th, and 96th percentiles respectively. Since the departure of Eden Hazard, the Blues have missed a ball progressor who can feed attackers regularly in the final third – and the acquisition of Neymar will be as close to a Hazard replacement as Chelsea could possibly get in this window. Neymar’s 3.69 carries into the final third per 90 ranks him in the 99th percentile amongst attacking midfielders and wingers in the top five European leagues over the past year, and could boost the Blues’ creativity more than any of the other available options on the market right now.

It has to be noted that Tuchel transformed Neymar into an attacking midfielder more than a winger during his spell at PSG, meaning that Chelsea are likely to contest for a winger regardless of whether they manage to land the Brazilian or not. If Neymar indeed arrives at Chelsea this summer, he will likely be deployed in the hole behind the forwards – judging by the German’s preference. Speaking in 2018, Tuchel stated: “Of course he likes to be there and we like to have him in the number 10 position because he is involved in every attack, not only from the left.”

The German added: “He has the chance to be a bit more free and be in the centre of the game and we have the chance to involve him in every attack we make. If you involve Neymar in your attacks, there’s a high possibility that you create chances.” Tuchel’s preference to make attacks go through the Brazilian is likely to see Neymar deployed either at the tip of a three-man midfield, or just behind the centre forward – right in the thick of action rather than on the flanks.

One of the factors that might help the Blues land Neymar is his compatriot and veteran defender Thiago Silva, who played alongside and captained Neymar at PSG for three seasons as well as for the Brazilian national team. Silva has reportedly been in conversation with Neymar trying to persuade him to join him in the English capital as the pair spend their summer holidays together, a factor that could end up being influential in bringing the Brazilian to West London. In fact, when Silva was looking for a new challenge in 2020, it was Neymar who convinced him to join the Blues – promoting Chelsea as a move that Silva “would not regret.” As history would have it, Silva won the Champions League title in his very first season at the club after multiple failures in the French capital – a proposition Neymar would hardly turn down if he does join the Blues.

Another factor that might play a part in bringing Neymar to SW6 is his agent Pini Zahavi. The Israeli super-agent has helped the Blues land a number of signings in the past having been close to Roman Abramovich – including Silva when he received the offer from Chelsea in 2020. However, there are factors that might prove to be a hindrance – the most relevant of those being Neymar’s high wages at PSG as well as his injury record in recent years. While the Brazilian earns a whopping €4m per month at the Parisian outfit and him joining Chelsea would require him to take a substantial pay cut, Neymar has also missed almost 100 games through injury since joining PSG in 2017. There have also been recent reports of him signing an extension to his current deal that will expire in 2027, although it might as well be an attempt to recoup a part of the world-record amount that PSG dished out in order to bring him to the Parc des Princes.

Regardless of the craziness of the deal if it happens, it would make plenty of sense if the Blues do try and bring the Brazilian to Stamford Bridge. Neymar ticks all of the boxes that Thomas Tuchel is looking for in an attacker to bring to the capital this summer, and would provide the German with a profile that his team needs so desperately. The acquisition of Neymar would also be the biggest statement that Todd Boehly can possibly make in his first transfer window in charge of the club, and even though there are plenty of reasons why it can’t go through – they are outnumbered by the reasons why it can happen, and if it does, would make perfect sense for the Blues who are trying to catch up with City and Liverpool at the top of the Premier League table.

– The curious case of ‘The Curse of No.9’ at Chelsea
– Todd Boehly meets Jorge Mendes: Who can Chelsea go for?
– What does the future hold for Armando Broja?
– Boehly Bridge-ing the Gap: A Significant Summer at Chelsea 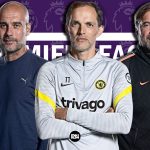 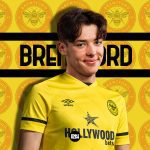