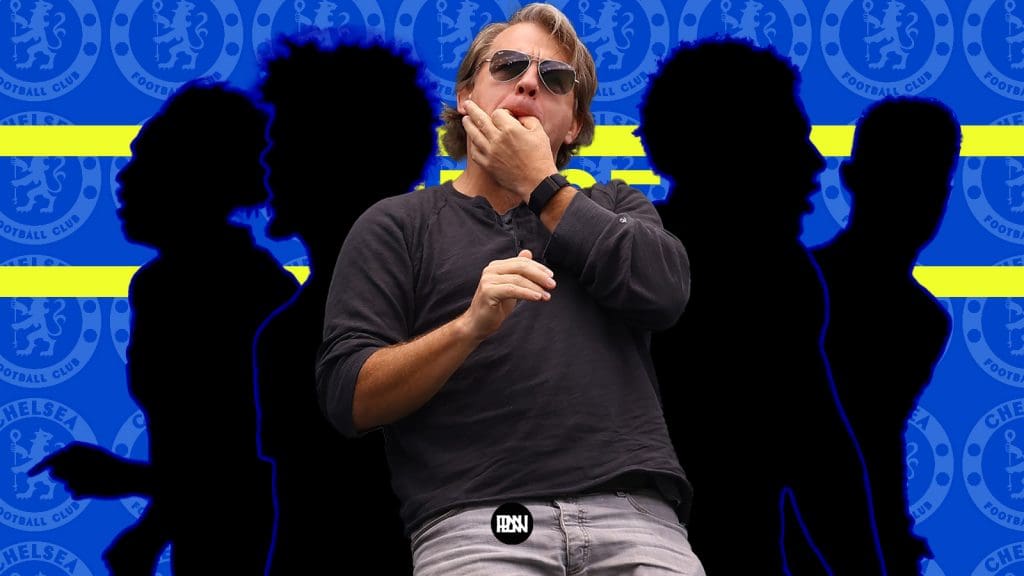 The new era at Chelsea has begun and their steward, Todd Boehly, has started running things his own way. The new ownership is determined to keep the flag-raising and to maintain Chelsea’s dominance in the European circuit. For the same, Todd Boehly has started building relations in the circuit. The latest news in England suggests that a meeting was staged between the interim chairperson and football agent Jorge Mendes.

Jorge Mendes, a Portuguese Football Agent, is one of the most reputed agents in the European circuit with him leading some of the most known names, including the likes of Cristiano Ronaldo, Joao Felix, Bernardo Silva, Nico, Ruben Dias, Cancelo, Ederson and many more. He has been leading a number of players for years and is one of the most important figures when it comes to transfers.

So, here we try to dissect the meeting between the two influential figures and which possible players could be on the way to Stamford Bridge.

The French full-back is one of the names who has been linked to a move to Chelsea since the start of the transfer window. Ait-Nouri, currently 21, plays for Wolves as the left-sided fullback and wingback. Chelsea are in dire need of a full-back since the injury to Ben Chilwell and now with Alonso’s departure being imminent. Chelsea’s derailing season is very much linked to Chelsea’s lack of back-up numbers in the wing-back position and thus Chelsea could not enjoy the success that they once expected in the previous season. Ait- Nouri had an impressive season with Wolves in the 21/22 season and has been rumoured to leave the club with many clubs interested. His strength always has been his solid defensive contribution with timely tackles, something Tuchel always prioritizes. He is even good on the ball with some pin-point crosses and his ability to dribble past defenders. This season he was able to complete around 10 crosses into the 18-yard box which could benefit Chelsea’s lack of ability to create for the target man. He even averages a pass completion percentage of more than 90%, which makes him a player that Tuchel will love to have in the backline.

With a price tag of around €40 million quoted, Boehly and Mendes will have to sit down and work on an affordable fee to complete the French International’s move to Stamford Bridge.

The 22-year-old has caught many eyes this season as the Portuguese winger helped Milan win the Serie A title after long. Leao was one of the most crucial players for Milan this season and this can be proven by the numbers that he produced. He managed 26 goal contributions overall this season with both his goals and assists tally in the Serie A passing the 10-mark. Being just 23, Leao is one of the hottest prospects right now and any team would readily love a move for the Portuguese. Chelsea are in need of a new winger with them being linked to a number of players already. Leao’s ability to cut pass defensive lines added to his finishing ability will be a dream for Thomas Tuchel as his attacking threats have been criticized a lot for not producing enough numbers.

Although Milan are working with Mendes to offer Rafael a new contract, a swoop for Boehly and his team could be massive. This could be one of the statement signings that the owners have promised the fans, only to be made if something out of the box can be pulled by Boehly and Mendes.

Another Wolves player being managed by Mendes includes Adama Traore. Mendes helped Barcelona complete a sensational move for Adama, the previous season, but now the club has opted to not make the move permanent. This makes Traore available in the market, with the Spaniard looking for new challenges. Chelsea were heavily linked with the Spaniard the last window, when they were looking for a suitable back-up for Reece James. He was termed Tuchel’s ideal choice and someone who the manager really admires. However, the prospect of Adama’s sensational return to Camp Nou led to nothing concrete for Chelsea. However, this time Tuchel might actually get his man with uncertainties over Azpilicueta’s future. The sheer strength and pace of Adama cannot be really matched and this makes Adama, a player to desire for. In his very short spell at Barcelona, he was able to cruise in some important goal contributions and also having a great presence on the wings. His dribbling adds to his unique ability of strength and pace and thus can be a good mix-up on the bench to come up for Tuchel.

Although no reports have linked Traore to Chelsea this season, but Boehly and Mendes’ meeting could actually mean something substantial for the Spaniard.

One name that was highlighted alongside was definitely of the biggest name linked to Jorge Mendes, Cristiano Ronaldo. The Portuguese star is one of the biggest names to play the game of football and a move for him is desired by every other club in the world. The star made his move to Manchester United last season, making a return to the Premier League in the fashion he wanted. Over 20 goals this season despite United’s lackluster season shows the quality of the player despite his age. Mr. Champions League still has a lot left in him and his name amongst the top scorers in the Premier League is just proof of the same. No one can say no to the man himself and a team like Chelsea who are struggling to finish their chances would welcome Ronaldo with both arms open. Manchester United’s inability to qualify for the Champions League, and them entering a new rebuilding phase could actually tempt Ronaldo to make a move outside Old Trafford. Chelsea can guarantee Ronaldo another Champions League season and with Lukaku’s departure, they are looking for their talisman up top.

But knowing all possibilities, there is very little chance for the move to take place. Erik Ten Hag has already made clear that Cristiano Ronaldo is a very key player for him come the next season. Also, it will be unlikely for Ronaldo to make a switch to another English club, considering his commitment for the Red Devils, but IF Boehly can manage to get this done, this will be hands down one of the biggest deals ever in the history of the club and a welcome to the new ownership worth remembering.

– What could the huge changes in backroom staff at Chelsea mean for their summer transfer window?
– Raheem Sterling to Chelsea: Does it make sense?
– Chelsea to offer Timo Werner in a swap deal for Matthijs De Ligt
– Why are Chelsea interested in Jonathan Clauss 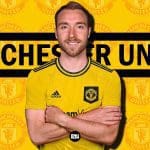 Should Christian Eriksen choose the Devils over the Bees?
Next Article 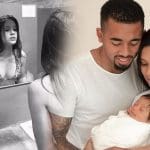