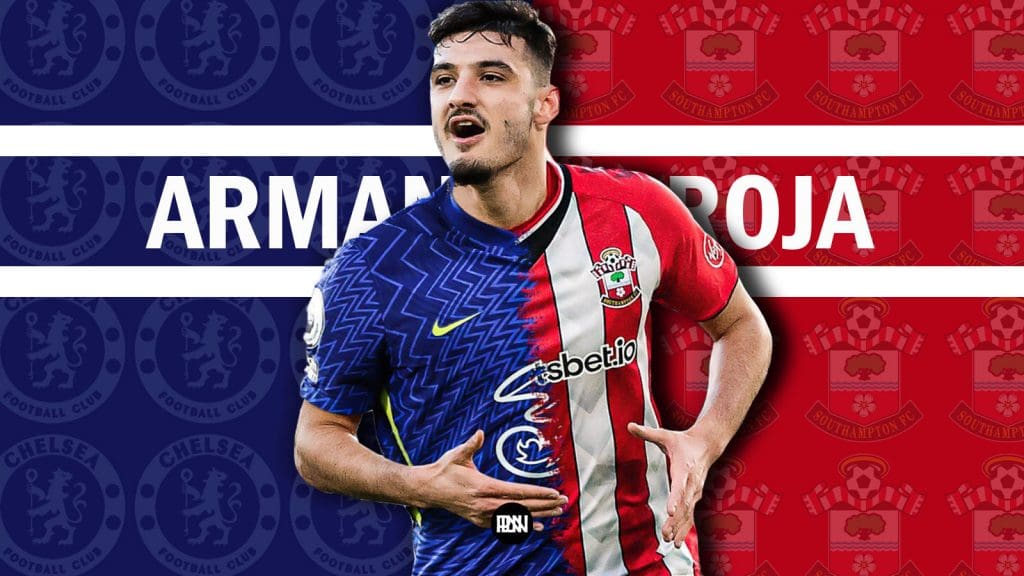 One of the hottest prospects in Europe, Chelsea striker Armando Broja’s future as of now is very unclear.

After two successful loan spells at Eredivisie side Vitesse and Southampton, reports from Gazzetta dello Sport have claimed that the future of Broja is unclear. A decision on what is to be done will be made late in the summer. We presume that Chelsea FC’s first-team head coach Thomas Tuchel wants to have a pre-season with the striker and then decide on whether he should stay, leave permanently or be on a loan.

HOW DID ARMANDO BROJA PERFORM FOR SOUTHAMPTON?

Chelsea decided that it was best for Armando Broja to continue his footballing education on loan at Southampton under the tutelage of Ralph Hasenhüttl. The Blues have guaranteed that Borja won’t leave the club like Tino Livramento and Marc Guehi by extending his stay at the club for five more years.

In just under 2000 minutes, the Albanian international has scored 6 goals all of which have come from open plays. This might seem very less but for a team whose top goal-scorer is captain James-Ward Prowse with 10 goals most of which have come from either free-kicks or penalties, these goals are vital for a team which scored just 43 goals last campaign. He also managed to score 3 goals more in FA Cup & League Cup games.

Naturally playing under Ralph comes with a lot of responsibilities, his forwards have to constantly press their opposition numbers in order to regain possession of the ball. In his own words, “Pressing. Hunting. Be hungry. When you have the ball, find a quick decision, quick transition to the front. It’s about being emotional, being full of passion. Also, keep the tempo on a high level and don’t slow down the game. That’s what I think the people want to see.”

This requires an amazing amount of fitness and stamina to keep the intensity throughout the games and Broja does just that. 17.13 pressures per match is a big number especially if you are an attacking player. Also whilst also leading the press, Armando has not shied from his defensive duties as well. making 1.3 tackles & interceptions & 1 block per match.

He is extremely calm under tough one-on-one situations. Armando was clocked at 35.3 km/h which gives an idea of how quick the forward is. For context, Liverpool’s Mo Salah was clocked at 36.6 km/h. This extreme pace has allowed Broja to terrorize defences in the league and combined with alert movements allows his side to add an extra layer of penetrating defences.

In one game particularly at home against West Ham United, Broja tore their defence apart by making runs after runs and the Hammers were extremely lucky that they escaped with one point but they were not spared in the FA Cup by Broja. Coming on at halftime with the game at 1-1, Broja kept winning the duels and made important runs one of which culminated in a penalty which Ward-Prowse scored and the other one ended up in a goal scored by him.

These performances have put him on the radar of some of the leading clubs in Europe and in the league itself. Teams like AC Milan, Inter Milan, Napoli, West Ham United & even promoted outfit Nottingham Forest are in the race to secure his services. Even Ralph Hasenhüttl on numerous occasions has stressed how much he wants to keep Broja at the club be it a loan spell or permanent switch. Numerous sources have quoted that the price in excess of £20m will be enough to tempt the 2021-22 European champions.

We will look at three options for Broja and how that could work for both parties:

OPTION 1: HE STAYS AT CHELSEA

The first option on the table is that he stays at Chelsea. Ever since leaving Spurs’ academy in 2009, Broja has been a big part of Chelsea’s academy. Gradually he has progressed through the ranks and even made his first-team debut in a 4–0 home win against Everton after coming on as a substitute in the 86th minute in place of Olivier Giroud. Frank Lampard sensed the need for the Albanian game time and the club sent him out on loan to their feeder club in Eredivisie Vitesse, a route which many Chelsea stars have been accustomed to with the likes of Mason Mount, and Nemanja Matic to name a few.

Armando impressed during his season-long loan scoring 10 league goals and then the following campaign after a brilliant pre-season he went to Southampton. But these loans were needed due to the presence of Giroud, Lukaku, Abraham and Batshuayi who played as the centre-forward. With the departure of Romelu Lukaku looking increasingly likely and Batshuayi sure to be sold, The Blues do not have a recognized striker apart from Timo Werner and Kai Havertz. With Chelsea certain to once again play 60 matches in all competitions, Thomas Tuchel can afford to have Broja and give him vital full 90’s in cup competitions and 15-20 minutes on average in league games.

Ben Jacobs of CBSSportsGolazo has reported that the Blues boss wants to assess the youngster in the pre-season starting on the 2nd of July and then a decision will be taken on his future.

A loan to fellow London rivals West Ham United would be a real progression in his career. West Ham United have secured European football again for the next season. They have a great squad and a coach who knows how and what to get out of his players.

Usually his team lineups in a rigid 4-2-3-1 system, as the attacking midfielder who could be Saïd Benrahma or Pablo Fornals’ linkup with Antonio to press high up the pitch. The hallmark of any Moyes side is their ability to play on counter-attacks and to be aerially dominant. But last season saw Moyes’ teams take the direct approach as well, using Antonio’s exceptional hold-up plays to bring in the wingers and full-backs in attacking positions.

Broja might not be the player who brings in a lot of hold-up plays but he will be an excellent addition to the side when the team plays counter-attacking football and requires players to be at the end of crosses meaning be aerially dominant. Armando’s aerial is an underrated aspect, something Southampton did take advantage of. With 4.28 aerial duels won per game, Broja prowess in the air puts him in the top 15 percentile of players playing in the top five leagues more than West Ham striker’s 2.6 per game. Armando will be able to provide the Jamaican the backup required as he missed 13 games last season and went on multiple scoring droughts last year.

OPTION 3: A LOAN TO NOTTINGHAM FOREST

We had the option to put Southampton’s name on the list but we feel after the season’s success, Broja might want to try a different challenge. A loan to Forest looks very unlikely given the side is newly promoted and Broja will want to play for a team that plays or challenges for European places. But we will have a look at this possibility as well.

Steve Cooper’s side have gone from playing a 4-2-3-1 formation under the previous manager Chris Hughton to playing 5-3-2 without the ball and a 3-4-1-2 with the ball with players allowed to interchange their positions in this system. Most of the attacks from this team have come from their wingers and their wing-backs with 78% of the team’s total attacking output coming from them. Keinan Davis who is on loan from Aston Villa and Brennan Johnson plays in the centre-forward positions with Philip Zinckernagel who plays the number 10 allowed full freedom to move across the pitch.

It looks like a very good fit for Armando Broja whose blistering pace and high work rate could be very well adapted into this Nottingham team. He looks like an instant update on Davis and Lewis Grabban who was the team’s second top goal scorer with 12 goals but is ageing at 34 and very well could struggle in the league which is a lot more demanding and needs players who can put up a high volume of minutes with great efficiency.

We feel that Armando Broja should stay put at Chelsea if possible because minutes are going to be available with the ongoing Romelu Lukaku transfer saga but if he feels like he wants to start every single week possible then he should definitely target sites like West Ham United or try to secure a move to a club like Napoli who are said to be huge admirers of the player. He can easily rotate with Serie A’s Young Player of The Year award winner given his fitness concerns and play some crucial role in the side’s Scudetto challenge.

READ: Raheem Sterling to Chelsea: Does it make sense? 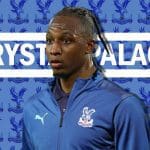 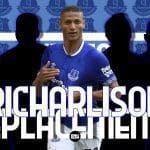 Richarlison on the move – Who could replace the Brazilian forward at Everton?
Leave a comment