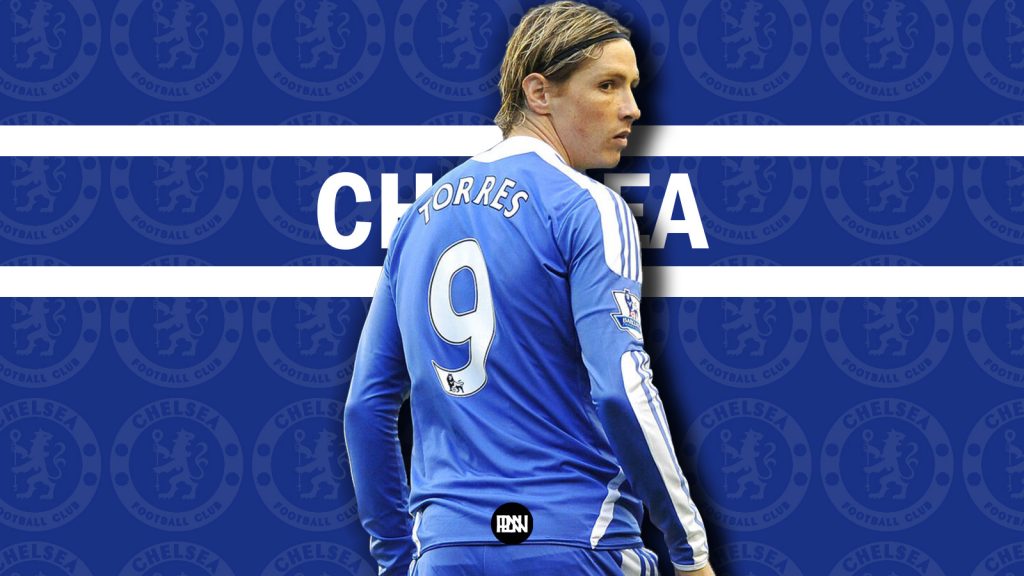 The No.9 shirt in the game of football is one of the most iconic numbers to be worn. Every club hands this number to their forwards and each club has some legendary players playing ‘the beautiful game’ in this jersey but why is this not the case with Chelsea.

It’s somewhat similar to No.23 in basketball where the likes of Michael Jordan, LeBron James and Anthony Davis all wear this number and as a result will attract a lot of fans to use the same number. The same could be said about the number 9 shirt as well. Some of the greatest players to ever play the game have played in this iconic number. Luis Suarez at Barcelona, Robert Lewandowski at FC Bayern Munich, Johan Cruyff at Barcelona, Sir Bobby Charlton at Manchester United, Filippo Inzaghi at AC Milan, Alan Shearer at Newcastle United and Alfredo Di Stefano at Real Madrid. Many records were broken and trophies were won by the players wearing this shirt.

But this number has been a curse for two time European champions, Chelsea. Almost every player they have bought and handed this jersey has failed. It’s such a bizarre curse that only three of the sixteen players who played in this shirt at Stamford Bridge could be termed as a success story. Over £270m have been spent over the course of the entire Premier League era for the players who played in this squad number. The latest of them became Romelu Lukaku because of whom we are trying the decipher this ‘curse’.

IS THIS A CURSE OR A SET OF BIZARRE COINCIDENCES OR CHELSEA ARE JUST NOT GOOD IN SCOUTING CENTRE-FORWARDS?

“If you fool me once, shame on me, if you fool me 6 times I’m a damn idiot.” This is a quote by former prime minister Winston Churchill. (haha) No no this was not said by Mr Churchill but it was quoted by the great NBA player Charles Barkley. And Charles is right. You can make a mistake once, twice or thrice but not thirteen times. Chelsea time and time again under Roman Abramovich showed that they are ready to pay a hefty sum of transfer fee and a massive chunk of wages to the shiniest strikers on the market. 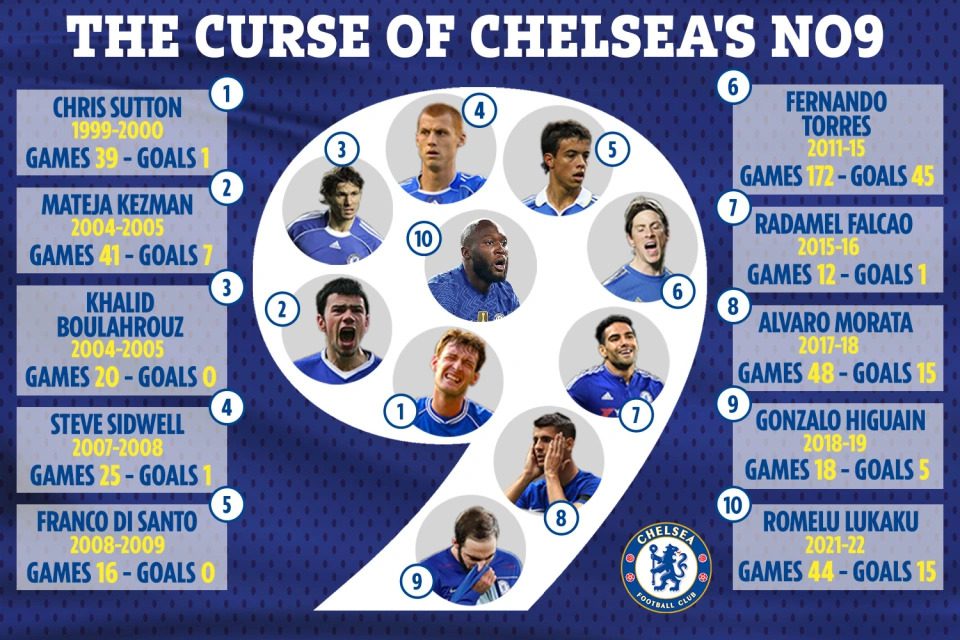 Some of the reasons that these big-money signings failed were:

NOT THE IDEAL FIT FOR THE MANAGER OR THE SYSTEM

Chelsea under Roman Abramovich were ruthless and successful. If the manager did not work they would be out of the door and similar conditions were put on players. But along with being ruthless, they were also reckless and careless. Teams like Manchester United under Sir Alex, Manchester City under Pep, and Liverpool under Klopp all have one thing in common when they make a transfer: Is the player fit for the system or could the player have another dimension that helps in making the system better.

Chelsea haven’t had a manager last for 2 and a half seasons (Mourinho in both spells) thus it is very difficult to have one clear philosophy at the club. All sorts of managers have been hired at Stamford Bridge. The defensive minds of Mourinho, Rafa Benítez, Conte & Tuchel, managers with attacking styles like Ancelotti, Sarri, and even managers with little experience like Lampard, Villas-Boas, and Di Matteo. This muddled thinking has not allowed several players to properly develop as well.

Rather than how good the player is individually these managers and their respective scouting staff have focused on recruiting players which could fit their footballing philosophies rather than the other way round. We could use the examples of Mo Salah and Sadio Mane at Liverpool. Both were really good players but Klopp saw that these players could be molded into their ideas and thus he could help them maximize their potential and benefit their teams in the process.

On the contrary, we could take Chelsea’s example of Romelu Lukaku who clearly did not fit into the manager’s ideas and the philosophy with which Thomas Tuchel wanted to play with. The two-time European champions wanted Romelu to play like a traditional forward, pouncing on every set piece and cross that the team made. Although the Belgian could do that, Romelu’s biggest strengths were the ability to hold up play with his back to goal and to run the channels. Due to both the manager and player’s unwillingness to back down this transfer failed massively.

SIGNING PLAYERS WAY PAST THEIR PRIMES

We have used this saying because The Blues have had a history of splashing money on the shiniest available players on the market. It’s all and well good to pay big sums for players who will produce for that price point but signing players past their primes is utterly stupid. Radamel Falcao and Gonzalo Higuain are the two prime examples.

Falcao who moved to AS Monaco suffered a big ACL injury which meant he lost some of the ferociousness he had as a striker. Having already failed at loan on Manchester United under Van Gaal, Jose backed himself to turn this player’s career around but failed miserably, getting himself sacked after a poor start with the Colombian scoring once in 12 appearances. Once a great player, he was just a shadow of himself. Higuain is another example and clearly was signed due to his past history with Sarri but this move too did not yield a lot of fruition.

INJURY ISSUES OR SOME OTHER ISSUES

Only 40% of the transfers work out according to the Transfer Price Index Coefficient (TPIC). Patchy injury records & issues outside of football are some of the reasons that transfer does not work out along with the reasons stated above. Chelsea have also had some tough luck in this area. Like Fernando Torres who was amazing at Liverpool, playing four seasons and scoring 81 times at Anfield. Jamie Carragher even said in an interview, “I’d played with Torres for the last 12 months [and] he was a shadow of his former self.” The forward did not return due to injury issues which started to deteriorate his game. Even after being fit, Torres could find the rhythm he lost due to these issues.

Alvaro Morata on paper seemed to be a very good fit for Chelsea and even started in blistering fashion scoring ten goals before the month of December but an injury and other issues in his personal life started to affect him in a major manner and he was shipped to Atletico Madrid the next summer.

With the end of Roman Abramovich’s time at Chelsea, there is high hope that Todd Boehly changes the way in which Chelsea operates. His data driven-data approach is popular with baseball fans and has helped the Los Angeles Dodgers to win a World Series in 2020. Maybe he can also find the data for Chelsea’s long-lasting search for a striker who will end their number 9 curse as well. 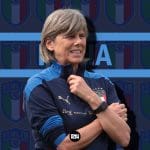 Italy Women recently announced their Euro 2022 squad, so who are they taking?
Next Article 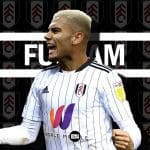