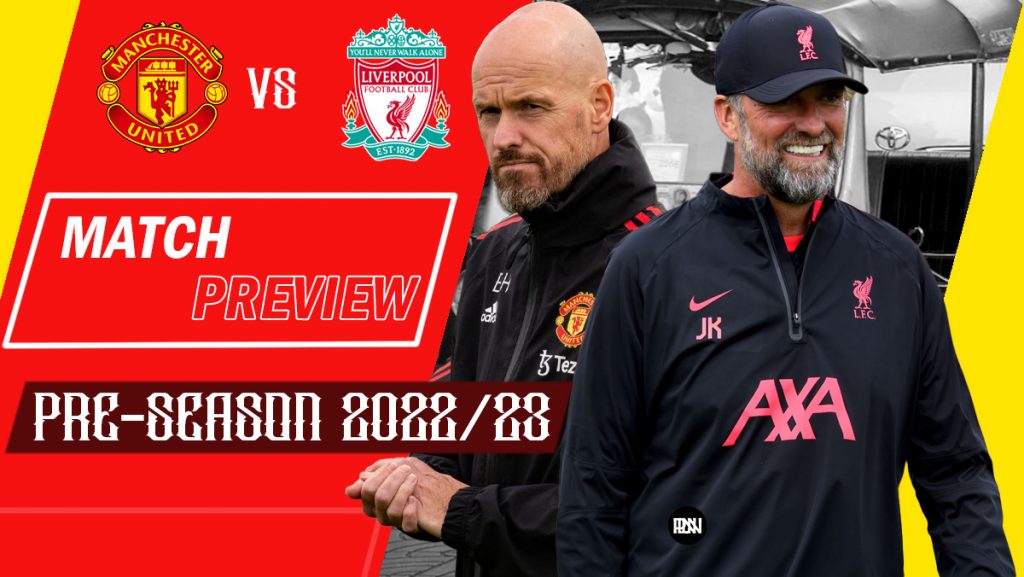 Both Liverpool and Manchester United are set to begin their Pre-season with a North-west Derby at the Rajamangala Stadium in Thailand, on Tuesday.

The Reds’ 2022/23 season might begin a week before their arch-rivals, the Red Devils, as they are getting ready to face Manchester City in the FA Community Shield on the 30th of July. Meanwhile, United will be preparing for a little longer as their season opener against Brighton is on the 7th of August.

But for now, both of the teams have travelled to Thailand, to get a good scrap at each other before the actual season begins.

This will be Erik Ten Hag’s first game as the Man United coach, and surely the fans across the globe will be glued onto their TV sets to see how the much-hyped manager takes on these challenges in the form of Pre-season friendlies. And to be fair, United will be playing a fair amount of these friendlies against Europe’s top teams, including- Liverpool and Atletico Madrid.

After their friendly game against Liverpool, in Thailand, they will be travelling straight to Australia where their major pre-season games will be played at. This would be a great tour for Manchester United under their new head coach, as they look to get their rebuild started. But in terms of the transfers in, so far, the Red Devils seem to be having a dry business. With only Eriksen moving in the squad, alongside Malacia, when they have Pogba going back to Juve and now it seems like their last season’s hero Cristiano Ronaldo might be moving out as well.

On the other hand, their rivals in Liverpool have gone all guns blazing in this summer window. To maintain their rivalry intact with Manchester City, for the Premier League Silverware, the Reds have gone in and bought United’s transfer target Nunez, and their winter target Clavin Ramsay. Yes! Sir Alex Ferguson asked United to keep tabs on the Scottish wonderboy and Aberdeen’s Prodigy – Clavin Ramsay. But it seems as if they did not consider his advice, and now Liverpool have signed the player.

Another noticeable signing is of the young Portuguese midfielder, Fabio Carvalho, from Fulham. Despite losing Origi and Mane, to Milan and Bayern respectively, it looks as if the Reds have done a good business and have compensated for the losses. But it is still too early to call a winner or a loser for the season, and that is why the pre-season game tomorrow could give us a good look ahead as to what could be expected from these two sides.

On paper this is Erik Ten Hag’s first game in-charge as the United coach, but it is not until the first league game would it be considered as such. Meanwhile, United have taken a 31 team squad in Thailand, with Cristiano not being mentioned in the squad.

And it seems as if Christian Eriksen would be joining the team in Australia – as he will soon be undergoing medical. But the young Tyrell Malacia has been named in the squad, and might get good minutes in the first game of the pre-season at his new club.

Other than that, there are a few faces that will look to make the most out of the pre-season games, including Anthony Martial and Donny Van De Beek. The latter, however, will be looking to thrive under Ten Hag, given they have worked with each other before, at Ajax.

Liverpool on the other hand, have named all the new signings in the 37-man squad, including the recently signed Calvin Ramsay.

The Reds have their own sets of players who will look to redeem themselves in the pre-season, to get into the squad once the season starts. Alex Oxalade-Chamberlain being the one who would look to give his all in the team’s Thailand tour.

Rest both teams will look to play a stronger side for the first whistle, which might change as the end nears. Also, both the teams have named a good chunk of their academy players which is a good sign – as this could be a good run-in for the youngsters, and also for the managers to see which of the youngsters are ready to face the harsh environment of the Premier League. 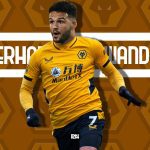 Gonçalo Ramos: Who is Wolves prime target this summer?
Next Article 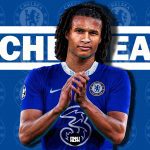