Manchester United could potentially build a second stadium for their women and academy teams as part of plans to modernise and expand the club’s stadiums. Although Old Trafford (the stadium of the men’s team) remains one of the most iconic and best stadiums in the world, the Leigh Sports Village (home of the women’s and under-23’s side) isn’t so well-known. So, what will they replace it with?

Well firstly, there’s absolutely zero guarantee that this proposal will even go anywhere. And considering the recent treatment of the women’s team specifically, I wouldn’t be surprised if this project fizzled out. However, the Red Devils have held meetings with five engineering and architectural companies and are expected to decide on a preferred head planner in the new year.

United’s chief operating officer, Collette Roche, has said that the meetings had produced some “exciting potential ideas” and that the club had “an open mind about the best approach and scope of work”. Seems exciting, right? Could this be a new era of women and academy teams’ being given a bit more attention?

It could be, but there’s no formal agreements just yet, so remember to keep your hat on. But it seems that there could also be some improvements at Carrington, the current home of the under-18’s and the training ground of the senior teams. However, the three-team setup has caused many logistical issues, and so some improvements are necessary for the facility to be fully utilized (especially during the COVID-19 pandemic) When asked about this, Colette Roche said, “Our goal is a fully integrated, three group facility and we are scoping out plans”.

So, could we see a 5,000 seater stadium for the new Leigh Sports Village? 6,000? Anything is possible with one of the biggest clubs in the world, as big clubs means big business but, most importantly, one of the biggest budgets in the world. Having the fan advantage could be very important for both the women and under-23 sides, considering that their talent pool is shrinking due to the rise of the London clubs and Manchester City. So, could this be the push to the front for Manchester United? We’ll have to wait and see. 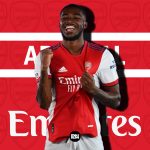 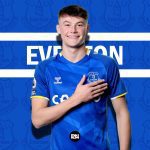 Nathan Patterson to Everton – Can he help the struggling Toffees?
Leave a comment