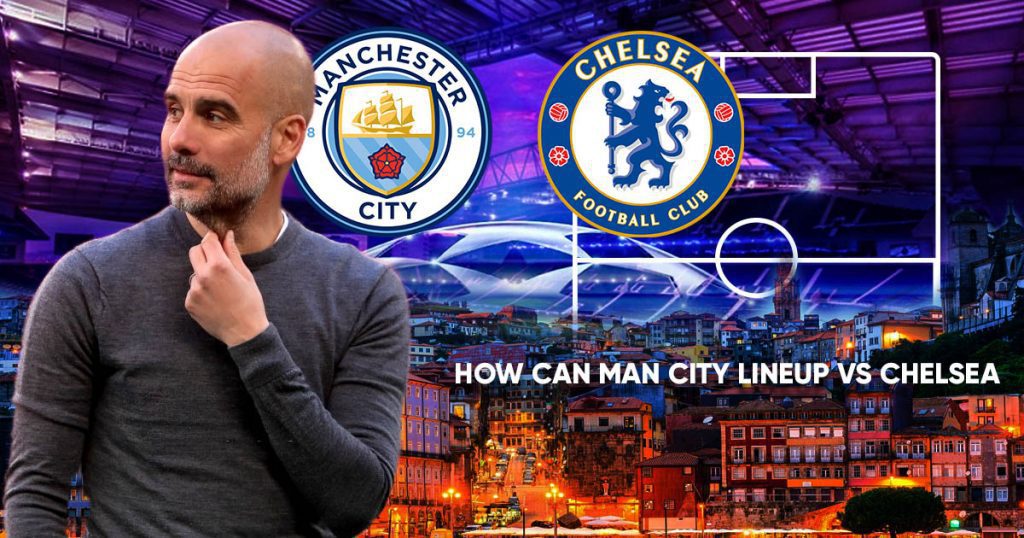 Manchester City and Pep Guardiola have been the best team in Europe this season and now have to jump over the last hurdle on the 29th of May in the UEFA Champions League final against Chelsea.

So, how can Manchester City lineup against Chelsea?

The 2nd best defence across Europe’s Top 5 leagues this season, Manchester City have been next to impenetrable at the back this term. Guardiola romped to the Premier League on the back of this defence, and he will be hoping to do the same in the Champions League. Ederson, who won his 2nd consecutive Premier League golden glove, is all but certain to start the game on the weekend and Guardiola is also likely to choose a trusted defence rather than an adventurous one.

Kyle Walker and Joao Cancelo have been City’s standout performers in the full-back positions for the club and the two will certainly start the final on Saturday. Besides being defensively solid, Walker and Cancelo have also excelled in coming into the midfield when City have possession of the ball. Creating more numbers in midfield will be a tactic Guardiola will employ against Chelsea, and there is nobody better than City’s two premier full-backs to perform this job efficiently. The two full-backs will most likely be up against Mason Mount and Hakim Ziyech, and it will take some doing for the two Chelsea wingers to go past two of the best full-backs this season.

However, City’s success this season has been down to their center-backs in John Stones and Ruben Dias. The latter has been one of the best signings of the summer, while John Stones’ resurgence into the backline has also helped City considerably.

Tactically aware, aerially aggressive, and excellent passers of the ball, Dias and Stones have shown what it takes to be a defender in these modern times. The two complement each other like bread and butter, as Dias makes up for the lack of pace in Stones while Dias’ shortcomings in playing the ball out from the back is taken care of by Stones.

Against a fast runner in Timo Werner, Dias and Stones will be able to thwart the German as Dias can cover Werner everywhere he goes while Stones can act as the recovering defender in case any winger makes an inside run between the two center-backs. The two defenders will be the backbone of City on Saturday and will have to deliver one last time this season, this time on the biggest stage of all.

At the epicenter of everything is City’s midfield trident of Gundogan, Rodri, and City’s talisman, Kevin De Bruyne. Gundogan’s ingenuity, coupled with Rodri’s tactful pressing, has worked wonders for Guardiola, while Kevin De Bruyne has only upped his levels of intensity this season.

De Bruyne’s role has become much more attacking this season, courtesy of which he has found himself in goal-scoring spaces rather than in a creative role. However, this also puts more pressure on Rodri and Gundogan to take care of the defensive duties while also contributing to the attack from time to time. The trio’s triangle passing has been a problem for most opposition teams, while it is also tricky to track both De Bruyne and Gundogan when they come forward together.

If City’s forward line does not cause enough problems for the other side, De Bruyne and Gundogan are brilliant goal-scoring figures themselves. Both midfielders have single-handedly taken the game by the scruff of the neck at different points this season, and Guardiola’s trust in the two is immense.

Rodri, on the other hand, is a far more composed and calm player with and without the ball. Unlike Gundogan and De Bruyne, Rodri concentrates on breaking up play and distributing the ball to players who can make a difference. The defensive midfielder has also been crucial to City in breaking up opposition lines and playing accurate long balls when City have been on the counter. However, he has his job cut out for him on Saturday as N’Golo Kante will not give him a moment’s rest on the night.

The trident together are the hub of City’s creativity, while the side can’t function without any one of them. While all three players have come close to European success with City as well as their former clubs, they will be eager to take their chance at winning the competition once and for all on Saturday night.

Two tactically astute wingers and a gem of a false nine. Man City have often used a false nine in their setup this season due to the lack of potency by their forwards in front of goal. While Gabriel Jesus has not suited City’s style of play this season, Aguero has been injured for the most part.

This has led to City putting their faith in 20-year-old Phil Foden, who has certainly delivered. The youngster was crucial in the quarter-final against Borussia Dortmund as he scored two crucial goals over the two legs while he was also instrumental in the 2nd leg against PSG as he delivered the assist for the final goal on the night which all but confirmed City’s place in the final. Fast and skillful on the ball, Foden has repaid Guardiol’s faith in him but will face a daunting task against Reece James on the left-wing on Saturday.

Foden has been best when he has been allowed to run at defenders this season, while he was also brilliant in the game against Chelsea early in the year. The 20-year-old has achieved plenty of feats this season, but a Champions League will be a dream come true for the boy from Manchester.

To add to this, Bernardo Silva has been as selfless as one gets this season. The false nine is not an easy role by any means, but Silva has performed exquisitely. City’s wingers have a tendency of cutting inside to become inside forwards and Silva’s role becomes crucial here. The Portuguese’s understanding of space helps him create lots of opportunities for Mahrez, Foden, and the on-rushing De Bruyne from midfield. Bernardo Silva will need to do a thankless job against Thiago Silva on Saturday as the Brazilian does not let many players past him. However, the Portuguese’s movement of the ball could become too much of a job for Thiago Silva, but it will be an intriguing battle.

Lastly, City’s difference-maker in the semi-final, Riyad Mahrez, has been the club’s underrated hero this year. The winger’s speed and trickery on the ball make him a nuisance for most opposition teams, and Ben Chilwell will be up for a horrid night if Mahrez plays to his full potential on Saturday. The Algerian’s three goals over the two legs against PSG were a thing of beauty, with his free-kick in the first leg summing up his quality and his importance to this City team.

Without a forward, Mahrez has flourished this season as it has let him get into goal-scoring positions rather than a creative role on the wings. Antonio Rudiger and Ben Chilwell will have to ensure that Mahrez does not gain momentum as the match goes because he is not a player you want running at you 1v1 in the dying embers of the game. Mahrez joined City to win the biggest trophies, and he will have the opportunity to win the biggest one on the weekend. 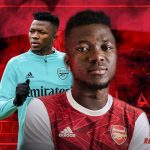 Arsenal are in talks with Edmond Tapsoba, Mikel Arteta keen on making the defender the first signing of the summer
Next Article 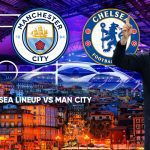