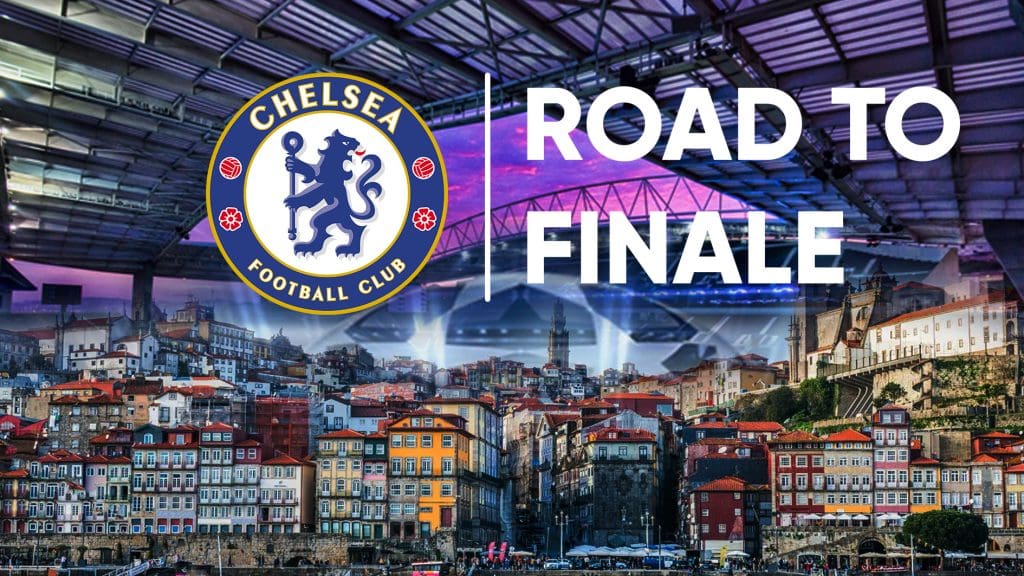 A first full season in the pandemic, a season of ups and downs for Chelsea. What started with Frank Lampard signing some of the most exciting talents in Europe ended becoming his own doom, but Tuchel picked up the mantle, and the season will now end with a UEFA Champions League final against English rivals Manchester City.

Chelsea have been incredibly consistent in the Champions League this season, so how did Chelsea reach to the final?

STANDOUT PERFORMERS IN THE GROUP STAGE:

Chelsea were pitted against Sevilla, Krasnodar, and Rennes, and given the depth the Blues had in their ranks, they were heavy favourites to top the group. However, their first group game ended in a 1-1 draw against Sevilla, and they were questions whether Frank Lampard’s side can open up teams that sit back and absorb the pressure.

Chelsea’s star signings were not clicking as naturally as most people would have expected them to but Chelsea put these questions to bed on the second matchday as they defeated Krasnodar 4-0, with new signings Timo Werner and Hakim Ziyech putting their names on the scoresheet alongside Callum Hudson-Odoi and Christian Pulisic. The Blues followed this up by mauling Rennes 3-0 at Stamford Bridge as Timo Werner scored two penalties to put the game beyond Renne’s reach after only 50 minutes.

However, Chelsea faced Rennes again at the end of November, and the Blues needed this win to be in pole position to finish top of the group. Questions were also asked regarding Oliver Giroud’s role in the Chelsea squad. Thus, when Chelsea were locked at 1-1 with only 10 minutes to go, Frank Lampard brought on Oliver Giroud, and to everybody’s delight, the Frenchman’s towering header all but confirmed Chelsea’s place at the top of the group. The Blues then faced Sevilla, who were only 2 points behind the Blues in the group and could still top it. However, Chelsea thrashed Sevilla 4-0, thanks to 4 glorious goals by Olivier Giroud, who was brought into the starting XI after his impressive performance against Rennes.

Chelsea topped the group with a 1-1 draw against Krasnodar in the last game, making them one out of the two teams to not lose a game in the group stage this season, with the other team, ironically enough, being Manchester City.

SOLID AGAINST ATLETICO MADRID AND PORTO:

With Frank Lampard sacked a month before Chelsea’s Champions League Round of 16 tie against La Liga leaders Atletico Madrid, nobody gave Thomas Tuchel and Chelsea a chance to go past the Los Rojblancos. However, Tuchel’s men went into the game with the utmost confidence, and they dominated the ball and the proceedings while also keeping Luis Suarez quiet for the most while. The game was deadlocked at 0-0, however, Olivier Giroud, who started the game leapt upon a deflected shot and bicycle kicked the Blues into a 1-0 lead in the first leg. Tuchel was jubilant and was confident of his chances in the home leg.

Sure enough, Chelsea were solid again in the second leg, but this time they brought about an attacking zest along with them. The likes of Mason Mount, Jorginho, and Thiago Silva were out for the game, but Chelsea showed their attacking might as Hakim Ziyech finished off a lightning-fast counter-attack, while Emerson rounded the tie off in the 90th minute by scoring the second goal of the game to send Chelsea into the quarter-finals.

Into the quarter-finals, but Chelsea faced a daunting task against a Porto side that had just knocked out Juventus in the Round of 16. Yet, Chelsea were the favourites and played both ties in Sevilla due to the Covid restrictions. The first game was a perfect representation of Chelsea’s time under Tuchel as Mason Mount scored the first goal under intense pressing by Porto, but a quick turn and low shot from the edge of the box put Chelsea a goal to the good. Chelsea managed the second half tactfully until Ben Chilwell picked the pocket of Porto’s right-back and went through on goal, only to round off the keeper and all but seal the quarter-finals for the Blues.

The second leg saw Chelsea absorb the pressure put in by Porto, and while there were worries after a 93rd-minute bicycle kick by Mehdi Taremi, Chelsea were not going to lose it from there, and the Blues advanced to their first semi-final in 8 years.

After scoring five goals and letting in just a single goal in the knockout stages, Chelsea were looking like the team every Blues fan hoped they would by the end of the season- efficient, deadly, and solid. Thus, when they drew Real Madrid in the semi-final, it was surprising when most people felt that this Madrid side would be too much for Tuchel’s men, while Madrid also had ex-Chelsea legend Eden Hazard back to full fitness for the tie. However, this was not the Madrid side from 4-5 years ago, and Tuchel knew it.

Chelsea travelled to Madrid for the first leg, and it was an explosive opening. Chelsea were creating chance after chance, and after Timo Werner’s open goal miss, it felt like this is just one of those days for the Blues. However, a lofted ball from Rudiger found the sprinted American in Pulisic, who broke Madrid’s offside line and rounded off ex-Chelsea goalkeeper Thiabout Courtois to give Chelsea the lead.

However, Madrid too showed their quality soon enough as Karim Benzema volleyed home to equalize for the 13-time winners of the competition. However, Chelsea did not budge, and it was a miracle that the game ended 1-1, as Chelsea ripped apart Madrid throughout the game, thanks to N’Golo Kante’s lung-bursting runs into the final third.

Going into the second leg, there was an air of unpredictability at Stamford Bridge as nobody knew whether Chelsea could hold on to the away goal and keep Madrid from scoring a goal. Quite sumptuously, Chelsea did both and scored two goals on the day. While Timo Werner scored headed the first goal in an open net, the second goal game late into the second half as Christian Pulisic squared the ball to Mason Mount, who struck the ball into the back of the net. Both goals were created because of N’Golo Kante’s relentless pressing as well as his knack for finding spaces in between the Madrid midfield and defence.

Jorginho and Kante ran over Madrid’s holy midfield trident while Chelsea’s forwards carved open their lacklustre defence. It was a composed and professional performance by Chelsea, one their fans were urging for, ever since the club spent over £200 million in the summer.

Chelsea booked their place in the Champions League final, and the last time that happened, they defeated Bayern Munich in their own backyard. This time, however, they face a determined and quality Manchester City side, who probably have been the best team in Europe this season, if not the world. However, Chelsea have already defeated them twice in the past two months, but the final will be a task the Blues have never encountered before.

It does not bode well for the club that they have lost all of their last three finals (UEFA Super Cup, 2 FA Cups), with the last one being ten days ago to Leicester City in the FA Cup. The Blues have the mentality in a two-legged tie but remain fearful in finals due to the size of the game.

Thomas Tuchel will need to encourage his side to do what they have done best this season- Keep creating when on the attack and remain miserly at the back. Unfortunately for the German, he faces a Manchester City side who have achieved similar statistics at the back, while they have been more ruthless going forward, not to mention against tougher oppositions.

It will be a game of chess and Tuchel will need to ace his tactics if Chelsea are to bring home their second Champions League trophy back to Stamford Bridge, something they have been longing for ever since they won their first in 2012.

Manchester United’s Road to the UEFA Europa League Final
Leeds United are keen on signing Noa Lang in the summer!
To Top