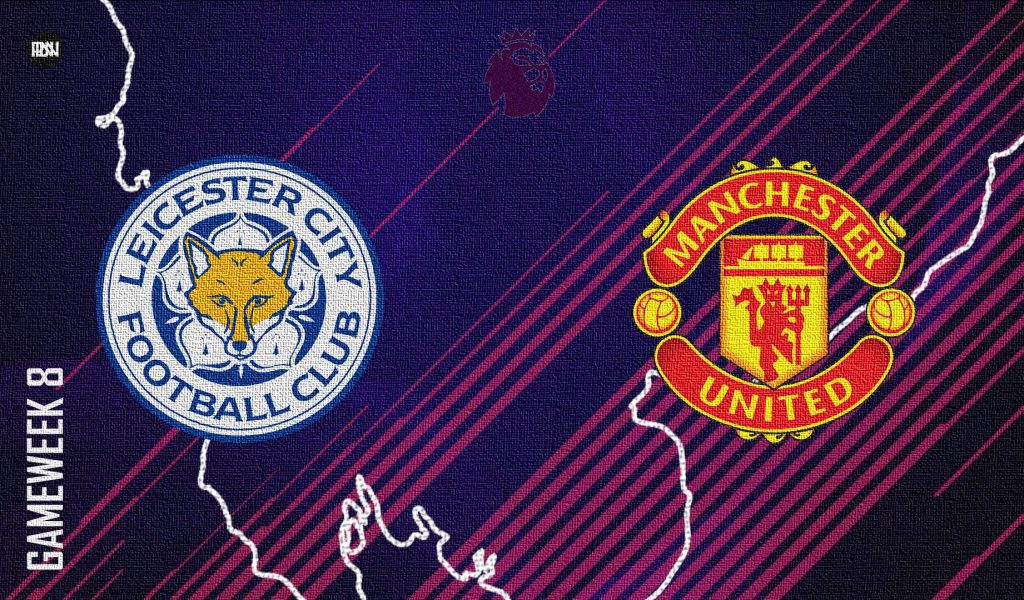 Leicester City host Manchester United at the King Power Stadium in game-week eighth on Saturday as the Premier League resumes following the second international break. Both clubs head into the encounter needing to finding three points as they look to regain momentum ahead of a pivotal period of fixtures.

After an inconsistent start to the campaign, the Foxes currently sit in the bottom half of the table with eight points, and are yet to find a victory since their 1-2 win over Norwich City in game-week three.  Following two consecutive draws against Burnley and Crystal Palace, Brendan Rodgers will be hoping to inspire a resurgence within the club in a bid to get the Foxes’ season back on track on Saturday. Meanwhile, lingering inconsistencies have returned to haunt the Red Devils as Solskjaer’s squad have struggled to fulfil expectations, hitherto. United currently sit third with 14 points but remain unconvincing on the pitch and are yet to win a game since their victory over West Ham in game-week five.

With both managers in desperate need to find a victory on Saturday, the fixture is likely to provide a thrilling encounter for viewers. Given numerous injury concerns and the need to climb up the table, both teams will be hoping to secure a comprehensive victory at the King Power Stadium.

With key players yet to recover from injuries, Brendan Rodgers is likely to maintain a cautious approach to the game on Saturday. Wesley Fofana, Wilfred Ndidi, and James Justin remain unavailable for selection, though Jonny Evans could make a comeback at the heart of defence at the weekend.

Jamie Vardy and Kelechi Iheanacho could, yet again, feature as the focal points in attack, while new signing Boubakary Soumare, and Ricardo Pereira remain into contention to make the starting line-up. Given their recent results, the Foxes will be keen on keeping a clean sheet and displaying a constructive performance against a bruised United side on Saturday.

Although boasting mercurial squad depth, United remain unlikely to shuffle their squad following a disappointing draw against Everton in game-week seven. Harry Maguire is yet to regain full fitness after he sustained an injury against Aston Villa last month. Raphael Varane is the latest addition to the injury list after the centre-back suffered a groin injury during international duty.

Further, both, Fred and Edinson Cavani are unlikely to be travel with the team after the South-American contingent only returned from international duty early on Friday. Marcus Rashford is expected to make his first appearance this season after recovering from surgery, and both Eric Bailly and Victor Lindelof are likely to start as the centre-back pairing for United at the weekend.

Given the need to bounce back following underwhelming starts to the campaign, both managers will be keen on securing the three points on Saturday. With the absence of key players, the hosts will be keen on disrupting United’s unsettled backline through relentless counter-attacks and will be hoping to match their intensity, dominate with numbers, and capitalize on possession. Owing to United’s visibly unaddressed weaknesses on the pitch, the Foxes will be looking to exploit their opponent’s vulnerabilities and catch them off-guard on Saturday.

Meanwhile, Ole Gunnar Solskjaer will be keen on extracting a convincing performance after facing intense scrutiny vis-à-vis managerial acumen over the international break. Though United sit third in the table and remain favourites heading into the encounter, a draw or a loss could see them potentially drop out of the top-four at the end of the match-week. With numerous absentees in the backline and several players yet to perform to their potential, United are, once again, expected to reply on a counter-attacking approach whilst resorting to a conservative defensive line at the weekend.

Enduring an impressive goal-scoring run, Jamie Vardy remains the Foxes’ foremost weapon to hurt United come Saturday. The striker has been increasingly impressive, having already registered seven goal contributions in the league this season. Given his shining form and ability to disrupt the defensive line, Vardy will be the key required to unlock United’s second-choice centre-back partnership at the weekend.

Given his burst of pace, a knack to run behind defenders, and ability to find space for his fellow teammates, the Englishman will be vital to Rodgers’ attacking approach against United. Facing a side yet to keep a clean sheet in seven consecutive games across all competitions this season, Vardy is likely to fancy his goal-scoring chances against United at the King Power on Saturday.

With Marcus Rashford expected to return to the starting line-up, Paul Pogba is likely to feature in the midfield for United on Saturday. The Frenchman returns to club duty, having completed a successful UEFA Nations League campaign during the international break, and is expected to reinstate himself as United’s foremost midfield unit at the weekend.

Despite failing to build on his exceptional start to the campaign, the Frenchman still remains a formidable presence on the pitch. Owing to the absence of Leicester’s key midfielder in Wilfred Ndidi, Pogba will be expecting to run the show at the weekend. Given United’s reliance on counter-attacks, inability to dominate the midfield and break down low-block, Pogba’s presence will be vital to United’s chances of securing a comprehensive victory on Saturday.

MUST READ: What are the factors behind Manchester United’s struggles this season?