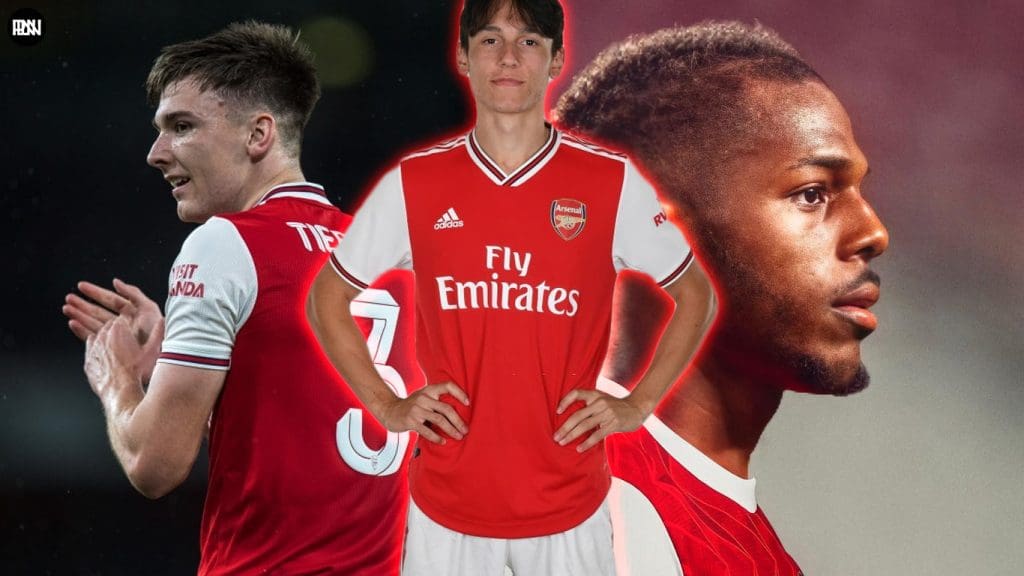 Mikel Arteta’s rebuild job is a complex one, and there are several important decisions to be taken along the road. While the transfer market is open and Arsenal have been busy, they do not necessarily need recruitment in all the areas of the pitch and certainly not for back-ups.

Arsenal are on the verge of completing a deal for Benfica left-back Nuno Tavares, however, this must certainly not be encouraging news for young full-back Joel Lopez, who is currently playing in Arsenal’s PL2 team and was destined to come into the Arsenal squad as a long term back-up to Kieran Tierney.

This has led to a section of Arsenal fans being disappointed with the club as they feel that Lopez deserved a chance after his impressive performances with the club’s U-23 side.

So, who is Joel Lopez?

Following in the footsteps of Cesc Fabregas and Hector Bellerin, Joel Lopez joined Arsenal from Barcelona when he was part of the famed La Masia academy. A talented full-back by every definition of the word, Lopez joined the North London side on a scholarship initially before signing a professional contract in 2017.

The former head of relations at Arsenal, Raul Sanllehi, played a huge role in convincing the youngster to join the club after Barcelona were keen on retaining the player while Liverpool were also sniffing around for the player’s signature. Barcelona have not been famous for using their academy players in the last 5 years, thus, the fact that they were adamant about keeping Lopez is evidence enough of the kind of potential he had at such a young age.

The Spaniard did not take long to adjust to life at Arsenal as he was quickly drafted into the U-18 squad of the club on arrival into North London itself. At the start of last season, Lopez made the cut to the U-23 squad of the club as an 18-year-old. However, his talents were long known to the Gunners faithful as Lopez was also a member of one of Unai Emery’s Europa League matchday squads in 2019.

Lopez also started training with the senior team this season, so as to give him a taste of what football means at this level of the game. It does not look like he has been fazed by any of it, however, he is yet to play a game for the senior team.

Thus, let us see why he deserves a shot at being a backup to Kieran Tierney at the club.

An adventurous full-back, Joel Lopez has always preferred the attacking part of his game, but this does not mean that he has not been a good defender. Learning his trade at La Masia, Lopez understood the value of passing the ball around and creating movement after making a pass.

His best ability would, however, be his dangerous crosses into the box. A little like Andy Robertson, Lopez loves to make overlapping runs on the left-wing to stretch out the defence while he also prefers hitting a first-time cross, which more often than not, catches out opponents. So far, he is averaging 6 crosses per 90 minutes into the box with a 60% completion rate. These are incredible numbers, especially for a 19-year-old in a U-23 side.

Such incredible qualities, but one thing he does lack, is the experience of playing at the top level consistently.

With Kieran Tierney signing a new contract at the club, coupled with Nuno Tavares’ imminent move, Joel Lopez will have to look for a possible loan move, preferably at a Championship club, if not a club in one of Europe’s top 5 leagues.

There are people at the club who do feel that a loan move could benefit the youngster, while it could also raise his value, and should Arsenal choose to sell him (which would be unfortunate), he could fetch a sizeable fee if not a hefty one.

Mikel Arteta needs to use the players of the club so that the transfer budget available could be used on players the club actually needs. Arsenal had mentioned before that a £35 million fee for Emiliano Buendia was not possible after Norwich rejected their initial £30 million bid for the player. While Nuno Tavares is a great acquisition, this money could have been used to lure Buendia to the Emirates, who has now joined Aston Villa.

Joel Lopez is an incredible talent and if history is any evidence, he could go on to become a brilliant player – somebody Arsenal will regret not giving a chance when the time was right.

– Ben White for £50 million – What are Arsenal thinking?

Spurs DO NOT have any option on Gareth Bale; confirms agent
Nuno Tavares closing to a move to Arsenal: Who is he? Do the Gunners need him?
To Top