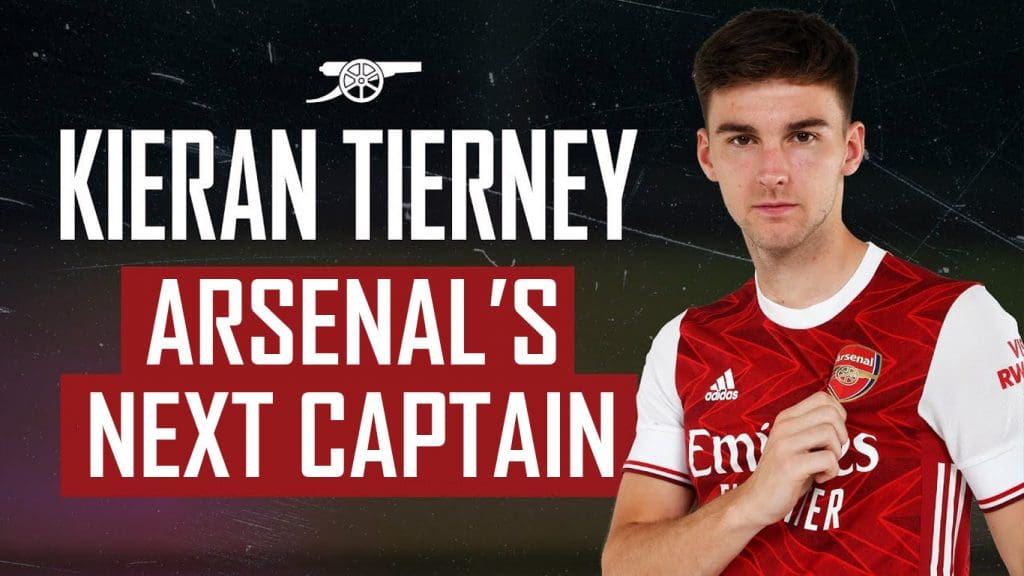 A lot is going on at the Emirates this summer — from Mikel Arteta looking to bring in new players and stabilize the squad till the Gunners also trying to appoint a new captain to the side, things have been a little topsy-turvy.

While there are plenty of candidates for the former, the same cannot be said about the latter. Pierre-Emerick Aubameyang was handed the captain’s armband at the start of last season after his incredible performances on the road to the club’s FA Cup victory in the 19/20 season, while he also signed a new three-year deal. However, with the Gabonese failing to replicate his form coupled with a ‘talking to’ by Arteta in March about a disciplinary issue, the Gunners would like to appoint a more stable captain — somebody who will feature in all the games while also have the quality of leading from the front.

However, with David Luiz, Granit Xhaka, Alexandre Lacazette, who have previously put on the captain’s armband, and vice-captain Hector Bellerin on the verge of leaving the club, Mikel Arteta needs somebody who has the leadership qualities but does not necessarily have the experience of leading a team.

This has led to several Arsenal fans calling for 24-year-old Kieran Tierney to be considered as the new captain of the club.

Thus, here are 3 reasons why Mikel Arteta should appoint the Scottish full-back as the next leader at the Emirates:

Leads from the front:

One of the key qualities anybody would need in a captain is the ability to lead from the front, even more so for a club like Arsenal. All the disasters from last season had one thing in common– lack of a unanimous voice on the pitch. While Arsenal know how to function as a team, they need somebody with that extra energy to generate the much-needed motivation on some bitter days. Players like Jordan Henderson and Cesar Azpilicueta lead their teams from the front by shouting instructions out constantly, while they are also the first people in the face of the referee to challenge a wrong decision.

There is a certain desire and a need to win instilled in them, something Kieran Tierney is also filled with. Regardless of him being left-back, he never hesitates to demand the ball while he also goes on marauding runs to motivate the team when most shoulders have gone down. He has the intensity and the hunger to lead Arsenal, something most Arsenal captains lacked last season.

Commitment to the club:

The 24-year-old signed a five-year contract with the club when he joined in 2019, but with the full-back impressing in the last 2 seasons, the club have rewarded the Scot with a new five-year deal, tying him down until 2026 and Tierney did not think twice about signing it.

This speaks volumes. Most good players at Arsenal, including captains, have previously left the club in search of success. Willam Gallas was stripped off the captaincy in 2008 after disciplinary issues, while Cesc Fabregas went a step ahead and made a mockery of the Gunners when he joined Barcelona in 2011. To add to this humiliation, the next club captain Robin Van Persie, joined rivals Manchester United the following season as he felt he had ‘outgrown‘ Arsenal.

While Laurent Koscienly was a great captain for several years, even he threw a fit by not traveling to a pre-season camp during Unai Emery’s reign at the club. Granit Xhaka was booed by the fans when he threw his captain’s armband to the floor, and Aubameyang has been an inconsistent figure in the side.

Kieran Tierney does not have any of the aforementioned problems, in fact, if anything, he has all the opposite qualities. He is genuinely interested in the current process of the club, while his new contract is evidence that he is not planning on leaving any time soon. His consistent 8/10 performances ensure that he will be a constant figure in the side, and given his young age, he can lead the side for many more years to come.

Loved by Arsenal fans and the coaches at the club:

One of the most loved members in the squad by fans and coaches alike, Kieran Tierney has made a place in the hearts of Arsenal fans already. His incredible performances coupled with the passion to play for the badge on the front than the name on the back has impressed a lot of people in and around the club.

He demands a lot from himself as well as the players around him. He is also not one to shy away from taking responsibility for the poor performances. When Arsenal went without a Premier League win in over 2 months between October to December last year, Kieran Tierney would be seen taking accountability for the side in the post-match interviews. ‘We were just not good on the day, it is not acceptable’ — words of a 24-year-old who joined Arsenal only 2 years ago but does not hesitate to say that the performances were not up to par and the fans deserve better.

It is one thing to throw your shoulder down and remain speechless in the post-match interview, something most Arsenal players did, while it is good to see a player take accountability for the team like Tierney did on most occasions. These little things are noticed by the fans of the club as well as the hierarchy.

“I think he can be Arsenal captain as he has the respect and admiration of every member of the staff and every player,” Arteta said, as per Goal. “It is just the way he is.

“He does it in a natural way. He is a really shy boy as well, but he represents all of us in the club; all of the values that we want to instill and are in the DNA in this club.”

Praise does not get any higher when it comes from the Gaffer himself, and should Tierney be named as the new captain of the club, Arsenal fans will certainly have one thing to be optimistic about next season.

There is a lot of chaos at Arsenal as fans want the ownership as well as the management to change, thus, appointing a captain who is consistent, a leader, and loved by everybody will only boost the morale of the supporters of the club and if Arsenal nail their transfer targets, the club could become a steady ship again — the long term goal of Mikel Arteta.

France vs Switzerland: Match Preview | UEFA Euro 2020
Liverpool have reportedly made contact with Kingsley Coman over a possible move this summer – Is he a good fit?
To Top