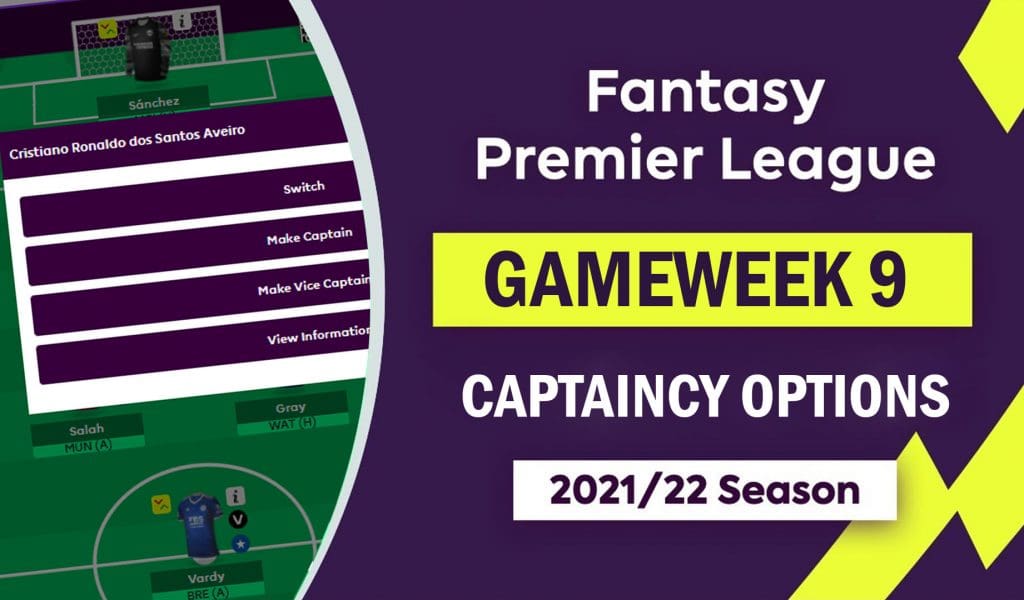 Another Fantasy Premier League gameweek only means managers having to make the all-important captaincy choice again. After Liverpool’s Mohamed Salah (£12.8m) impressed with the armband last weekend with his exploits against Watford (13 points), the onus falls on the managers to choose the player that they want to put the armband on this coming weekend.

While the dilemma of choosing the most reliable option to score double the points is certainly a testing one as we all know by now, there are a few deserving candidates who stand out from the others because of either form or fixture. Some of which have been discussed as follows.

Fantasy Premier League’s top-scoring forward with 56 points this season is on a hot streak of form, as highlighted by last weekend’s exploits. As he led Leicester City to their 4-2 home win over Manchester United, Vardy racked up eight points – and the English forward will be our top pick for armband duties this weekend. The in-form Vardy has scored seven times in the Premier League this season, and five of his seven goals have been scored in the last four game weeks.

The Foxes frontman has maintained his reputation as one of the most clinical forwards in the league, scoring 0.30 goals per shot per 90 minutes in the Premier League this season – ranking him in the 97th percentile amongst forwards in the league. Vardy has averaged 0.61 non-penalty expected goals (npxG) per 90 minutes in the league this season, and if Leicester do get a spot-kick at the Brentford Community Stadium – it will most likely be Vardy on set-piece duties too.

The top-value FPL midfielder this season at a price of only £5.7m, a differential captain pick would be Everton’s Andros Townsend. The winger has impressed for the Toffees with his performances this season, scoring three goals and assisting twice. Up against a Watford side whose start to life under new management ended in an awful drubbing at Liverpool, Townsend will look to cause the Hornets all sorts of trouble with his pace and his habit of finding the goal.

Townsend has been the Toffees’ stand-out performer this season, having registered 45 points in the FPL season already. The summer signing racked up 0.3 expected goals (xG) per 90 minutes – placing him in the 90th percentile amongst his peers for the ’21/22 Premier League season. Apart from that, the creative Townsend leads Everton for chances created (18), shots on target (8), while also averaging 2.57 key passes per 90 minutes in the Premier League this season.

The top scorer of this season’s edition of the Fantasy Premier League so far is, as usual, one of our picks for captaincy this weekend – even though Liverpool will travel to Old Trafford to face Manchester United in what is listed as a tough game on paper. The Egyptian who has had an incredible start to this season has racked up 83 points in FPL already and currently leads his team in both goals scored (7) and assists (4) in the league this season. Salah’s sizzling seven goals this season has helped him climb on top of the goal-scoring charts alongside Jamie Vardy.

Salah ranks high on the advanced metric percentiles too, as he has registered 0.58 expected goals (xG) and 0.41 expected assists (xA) per 90 minutes in the Premier League this season – ranking him in the 94th and 98th percentiles amongst forwards in the league this season. It has to be noted that Salah has been overperforming his xG by quite a bit, scoring 0.88 goals per 90 minutes – a stat that maintains him as the most trusted pick for FPL captaincy this season so far. Salah scored the winner in this fixture last season, and it would be a very brave man to bet against it on Sunday.