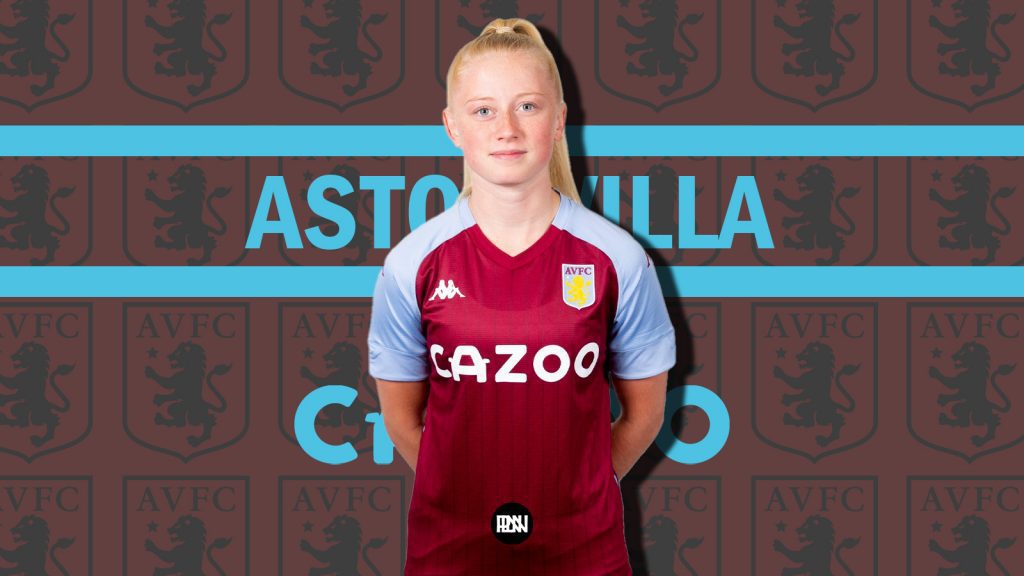 One of the names in the ever-expanding list of generational youngsters who are tipped to represent their respective countries in the future is their 18-year-old midfielder, Freya Gregory. The England youth international made her WSL debut at just 17 and has actually added 11 more appearances since. Gregory signed her first pro contract in March this year, joining the likes of Chloe Arthur and Elisha N’Dow in the Aston Villa Women’s first team.

However, Freya didn’t have a seamless journey through the youth ranks as many players do. She actually left the Villans in 2018 and moved to arch-rivals Birmingham City. The England youth international stayed in their youth academy for 2 years, and on the 17th of November, she got her chance. She made her senior debut against Brighton & Hove Albion but the team lost 3-0. After making 2 more appearances for the Bluenoses, she left in June 2020, and subsequently joined her current club and (as mentioned before) direct rivals Aston Villa.

During that time, Freya was also called up to the England U17 squad in October 2019, and played in the U17 European Championships, and played against the likes of Croatia, Bosnia & Herzegovina, and Belgium. She played 6 matches in total for the U17’s and helped them to top their Euros group. So now we know about her career, how does she play?

Freya Gregory is a dynamic, dangerous, and pacey winger who has an eye for a cross or to cut in and shoot. She’s a brilliant left-sided player with plenty of skill and ability, and that’s exactly why she’s playing WSL football in her teens. Her performances last season made WSL fans (and Villa ones in particular) sit up and take notice of the fact that they had a real gem on their hands.

Freya Gregory’s FBRef shows that, despite her being a winger, her defensive numbers are actually quite good. She averages around 24.5 pressures a match, and she also gets 1.61 clearances per match. Similarly, her tackles were in the top 20%, and her interceptions were in the top 35%. Her assists were in the top 23%, with around 0.2 assists a match, overperforming her xA by 0.10. Her (non-penalty) goals were also 0.2 per match and also overperformed her npxG by 0.06. So, now we understand her playstyle, what is next for the budding youngster?

WHAT’S NEXT FOR FREYA?

Gregory may want to take a step back, and join a top Championship side on loan, however, it wouldn’t hurt to stay at Villa. She played 9 out of a total of 22 games last season, and a 0.4 game ratio is respectable for an 18-year-old. But, if she does want to get consistent game time, joining a Championship side, or even a relegation-threatened WSL one would help her improve her skills and enhance her performances. So, if she does want to do this, who should she join?

Crystal Palace is a Championship side who finished 7th last season, which marked their 3rd season of progression. With the team currently in 7th, they may need to get a few signings in January. And that’s where Freya steps in. Palace have a bunch of promising talent and younger players, which Freya could easily link up with, and provides her with a great platform if she wants to stay. The likes of former Chelsea academy star Millie Farrow and former teammate Coral Jade Haines. The team’s ambitious nature should also help her develop and make her into a person who always wants more.

However, another choice for her would be going back to Birmingham City. They are favourites for the drop, and I think that Freya going there could benefit both parties. Also, the fact that she’s played for the club before, which will help her with connecting with teammates (old and new). If Birmingham are bottom of the WSL by January, this could be a good move, for not only Birmingham City, but Freya Gregory too.