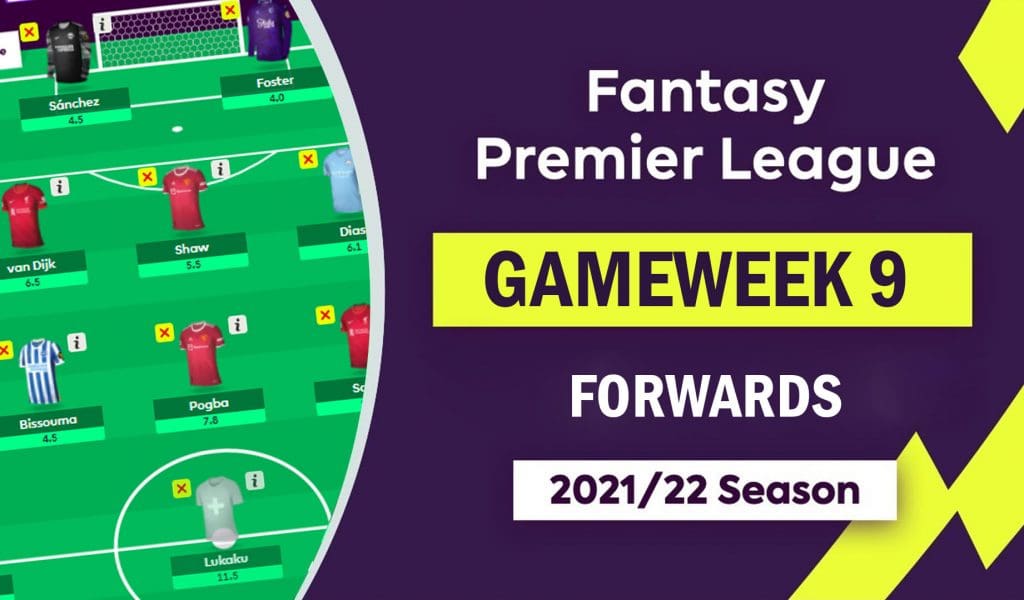 Following yet another weekend that saw numerous highly-owned premium options fail to justify their prices, we move on to gameweek nine of Premier League with big fixtures lined up for the weekend. Amongst the big names, Mohamed Salah (£12.8mn) showed no signs of lacklustre as the Egyptian furthered his lead, having grabbed his second consecutive double-digit haul last weekend. Meanwhile, highly-coveted forwards Romelu Lukaku (£11.7mn), Cristiano Ronaldo (£12.5mn), and Michail Antonio (£8.1mn) continued their rough patch; failing to provide an attacking return for two consecutive game-weeks.

Now, with highly-picked assets underperforming and with a difficult run of fixtures for most proven differentials and premium options, the forward position remains vital going into the coming weeks. With a host of highly valued promising performers and budget picks to choose from, the coming weekend offers a pivotal platform for FPL managers to reconsider their frontline heading into a challenging set of fixtures before the next international break.

Although yet to replicate his outstanding performances from last season, Toney has been amongst Brentford’s most vital players since the commencement of the ongoing campaign. Though the striker has only bagged three attacking returns this season, he is likely to increase his goal contributions heading into a favourable set of league fixtures.

While Toney may not be amongst the league’s most captivating forwards, the Englishman remains the Bees’ most potent threat up-front. The Brentford talisman has managed to register 13 shots from within the box and has created the most number of big chances (5) amongst his teammates this season. Additionally, he also boasts an expected goals (xG) and assists (xA) percentage in excess of 2.00 this season.

Facing a Leicester side yet to keep a clean sheet in the league, Brentford certainly possesses the personnel to seal a victory at the weekend. Given their defensive solidity and ability to create goal-scoring opportunities against formidable opposition, Toney remains amongst the likeliest to contribute in attack for Brentford in game-week nine.

Amongst Crystal Palace’s most promising performers since his arrival in the summer, Edouard has remained consistent in his output for the Eagles this season. Though the striker has only managed three starts in the league, he has already registered three goals and an assist this season. With a transitioning Newcastle United to face at the weekend, Edouard could potentially add to his already impressive goal contributions in the ongoing campaign.

The Frenchman is currently the highest-ranking player for expected goals (0.44xG) per game at the club and remains their most potent striker this season. Additionally, facing a Newcastle side yet to keep a clean sheet and languishing at the bottom for shots conceded this season, Edouard could potentially exploit their vulnerability, thus, providing substantial returns at the weekend.

Amongst the premium options gradually increasing in popularity since the international break, Vardy is likely to remain on the radar for many FPL managers heading into the weekend’s fixtures. The Englishman overtook Michail Antonio at the top of the leaderboard for points amongst forwards last weekend and is likely to add to his tally heading into a favourable set of fixtures in the coming weeks.

Vardy has already registered eight goal contributions – joint top-scorer (7) – in the league and has seemingly launched himself in contention to replace Romelu Lukaku in the forward line for the weekend. The Leicester talisman currently ranks second for expected goals (4.8xG) and third for goals scored (0.80) per game this season. Additionally, he boasts an impressive number of shots on target (47.8%), having had 11 of his total 23 shots on target this campaign.

Although facing a defensively sound Brentford side at the weekend, Vardy remains Leicester’s most potent threat upfront. With the team having scored four goals in each of their last two fixtures coming into the weekend, Vardy remains the likeliest of Leicester’s attacking players to deliver the goods in game-week nine and going forward into the campaign. 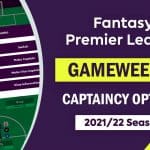 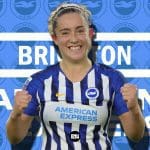