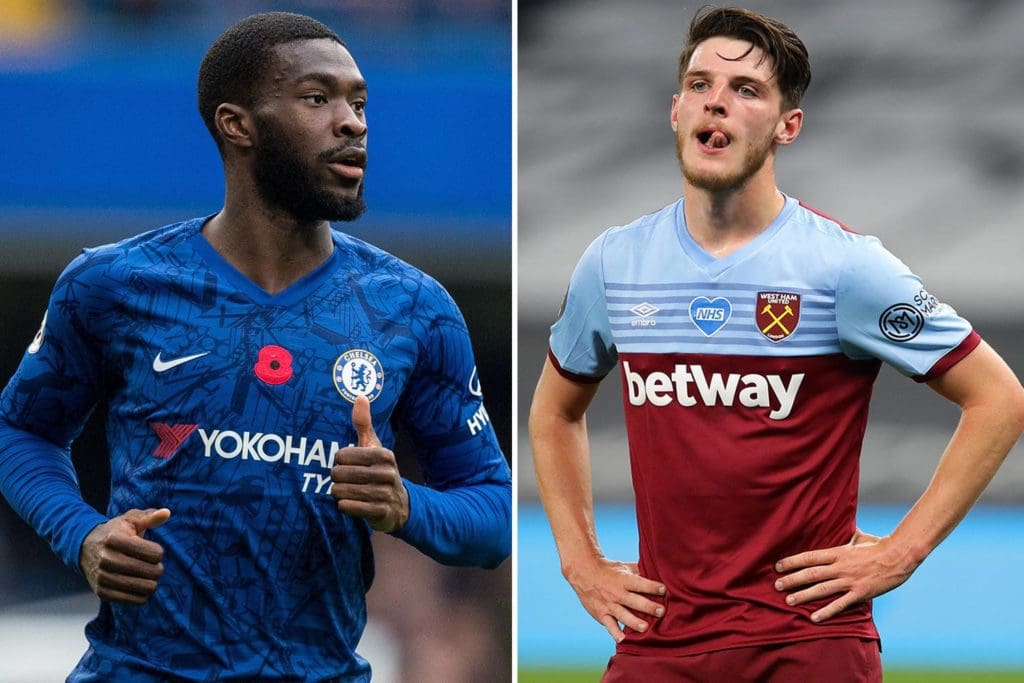 Chelsea are interested in West Ham United midfielder Declan Rice, with reports claiming Frank Lampard’s side are considering using Fikayo Tomori as a makeweight in any possible deal this summer.

The Blues have started their summer business on a good note with the acquisition of Hakim Ziyech and Timo Werner from Ajax and RB Leipzig respectively ahead of the 2020/21 season.

At the back also, the manager is said to be wanting Rice and Leicester City’s Ben Chilwell as he prepares for a new back line for next season.

The Athletic reports that the Blues are open to allowing Tomori move on loan to West Ham in order to sign Rice, but are reluctant to lose the 22-year-old permanently.

Tomori was promoted into the first team at Stamford Bridge this season and was promising in the earlier parts of the season. However, injuries have seen him drop to the bench in the second-half of the season.

West Ham will reportedly ask for a fee in the region of £70 million for the youngster who has four more years left on his current deal with the Hammers.

Despite being used us a midfielder at the London Stadium, it is said that Lampard will prefer deploying Rice in the centre-back position to the midfield at Chelsea.