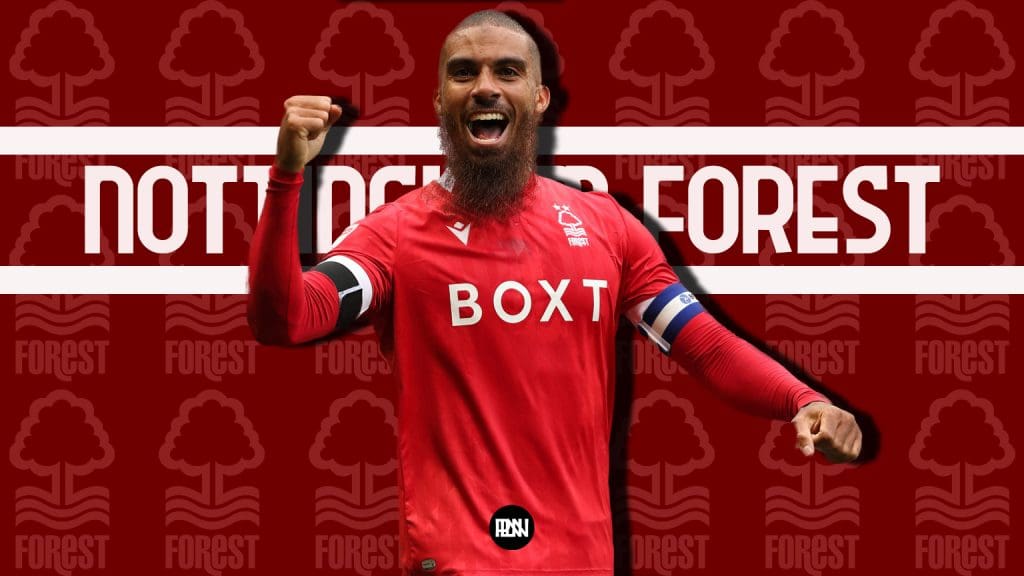 Last week, Lewis Grabban announced his departure from Nottingham Forest after four years at the club. During his tenure, Grabban scored 55 goals in 147 appearances in the famous Garibaldi.

Arriving in the summer of 2018, in a £6m move from Bournemouth, Lewis Grabban was one of the big signings that were meant to help Forest achieve promotion to the Premier League. It might have taken three years longer than expected, but the 34-year-old finally helped the Reds return to the top-flight, and more than repaid his £6m price tag.

His first season at the club ended in an underwhelming fashion. After scoring 16 goals in the league, Grabban picked up an injury towards the end of the campaign, as Nottingham Forest – under Aitor Karanka and then Martin O’Neill – finished 9th in the league, failing to achieve their play-off target.

The following season followed a similar trend – Forest climbed the table under new manager Sabri Lamouchi, with Lewis Grabban at the heart of it all. The forward bettered his record in the previous season, racking up 20 goals in the league – the highest return of any Forest player since David Johnson scored 25 league goals in 2002-03. Under Lamouchi, Forest seemed destined to finish in a playoff spot, but after a final day capitulation, they concede four against Stoke City, got leapfrogged by Steve Cooper’s Swansea City, and had to settle for 7th instead.

I don’t really want to go into too much detail about Grabban’s third season in Nottingham. A rocky start under Lamouchi saw him replaced by Chris Hughton, who just about kept Forest above the bottom three. During the campaign, Lewis Grabban scored just six league goals, as he was constantly rotated with Glenn Murray and Lyle Taylor.

Grabban’s roller-coaster time at Forest didn’t end there. The Reds began the latest campaign in the bottom three, losing six of their first seven games. The managerial merry-go-round continued, and this time Hughton was replaced by Steve Cooper – who had just led Swansea to the cusp of the Premier League. As the team struggled early in the season, so did Grabban, who had just three goals by the end of September. Once again, injuries limited the 34-year-old’s game time, but Grabban still turned his form around, managing to score 12 goals in 32 league appearances. Following his injury, Grabban was never able to reclaim his spot in Coopers’ starting 11, but if he did he would have likely ended the season as the club’s top goal scorer.

At the age of 34, it does seem like the right decision for Lewis Grabban to move on. With Forest improving the squad ahead of the Premier League season, minutes will be few and far between for Grabban who seems certain of a return to the Championship. I would have loved to see him return for one last hoorah in the top flight, but what a way to bow out – seeing Forest get promoted back to the Premier League.

He often divided fans, with many saying he should be dropped whilst others argued he should be the first name on the team sheet. I often found myself drifting from camp-to-camp, and there was one point under Chris Hughton when I couldn’t decide if he should be the first or third-choice striker. Looking back on it now, it’s hard to dispute that Lewis Grabban was a key figure for Nottingham Forest. It wasn’t easy for him to live up to his price tag, and the expectations to be one of the best forwards in the league, but boy did he deliver. He’s the highest-scoring Forest player of this decade and is one of the best players I’ve ever seen in the Garibaldi in my lifetime, players like him don’t arrive at the City Ground all too often.

For me, Grabban is a Forest legend. His four years at Trentside were turbulent, to say the least: two seasons of missing out on the play-offs, one relegation battle, and one promotion, he witnessed everything at Forest and was probably the most consistent player whilst it all unfolded. He delivered time and time again, establishing himself as the team’s captain and talisman. He came up with the goods when it mattered, 5-5 at Villa Park, 1-0 away at Millwall, or more recently against Derby County. In just four years, he’s cemented his place in the history books at Nottingham Forest – regardless of your opinion on Grabban, we wouldn’t be in the Premier League without him or his goal contributions.

Wherever he ends up, whether it’s the Championship or further afield, I have no doubt he will deliver once again. Despite being at the ripe age of 34, Grabban was still one of the best attackers in the Championship last season – whoever signs him will have one hell of a player on their hands.

The poacher of poachers, with one of the most unique beards in Football, Forest owe Grabban everything and more, we’ll miss you Bagsman. 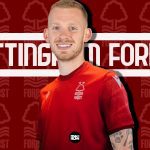 Could Lewis O’Brien be the perfect midfield partner for Ryan Yates?
Leave a comment