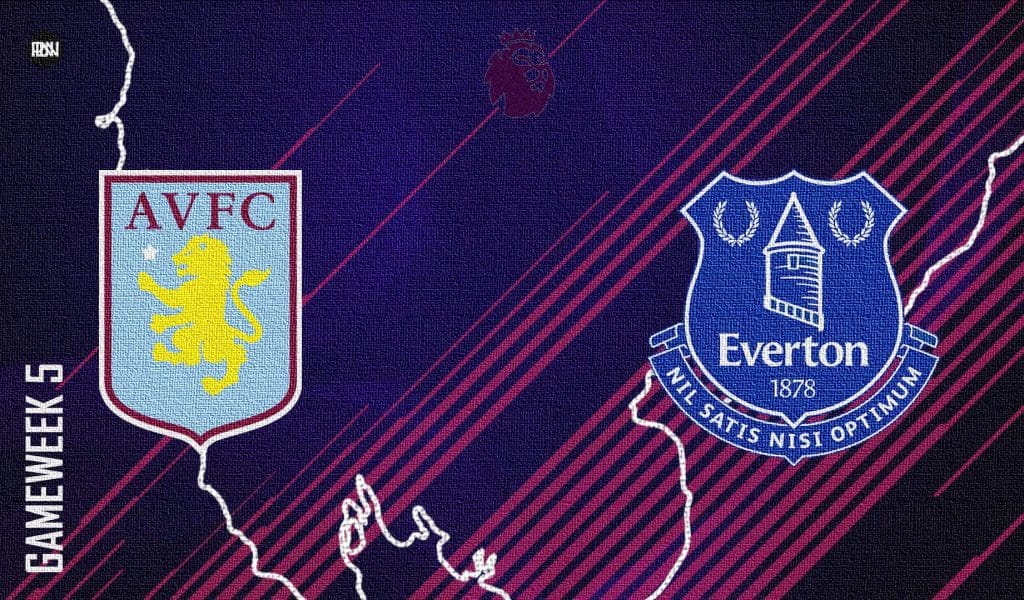 Aston Villa will welcome Everton on Saturday evening at Villa Park stadium with the hope of snatching the three points to make it their second win of the season owing to their slow start.

Aston Villa has lost two of their away games against newly-promoted side Watford and Chelsea while they’ve enjoyed two fairly productive matches in front of their fans at the Villa Park, with a win against Newcastle and a 1 – 1 draw against another newly-promoted side Brentford.

The Villans haven’t been as composed in the final third as they were last season (ofcourse with the departure of Jack Grealish), with the team now looking like they’ve lost their mojo. From the goalkeeping position to their attack, they’ve been a shadow of their former self, and judging by their current form, more sardonic outcome deems to continue on Saturday considering how their opponent have started the league with great performances and ruthlessness.

Everton has enjoyed a better start to the season with three wins and a draw in their opening four matches. The Toffees have comfortably beaten Southampton, Brighton, and Burnley, scoring ten goals and conceding four goals in as many league games thus far. The manager Rafa Benitez is impressively proving his credential in the Premier League once again despite receiving a negative reaction from the fans concerning his appointment. Everton’s ten points out of 12 and their current 4th position on the league table would have hopefully eased the initial tension surrounding the manager but the Villans’ search for their second Premier League win of the season might dent Benitez’s ambitious fourth win of the season, as they aim to get a European competition qualification spot.

Aston Villa’s record against Everton in their last five meetings has yielded two wins for the Villa side while they drew twice. Everton’s last league win against Villa was way back on March 1, 2016, they won 1 -3 at the Villa Park. Can history be rewritten?

Dean Smith will have the opportunity to welcome both Emiliano Martinez and Emi Buendia back in contention after the players were said to be observing Covid quarantine following their traveling to a red-list nation during the international break. While Chukwuemeka, Trezeguet and Davis are still been ruled out.

The obvious absentees from the Everton squad will be Dominic Calvert-Lewin (thigh injury) and Fabian Delph who is nursing a shoulder injury. While Toffees’ playmaker James Rodriguez might start from the bench considering his lack of match fitness.

Dean Smith’s side haven’t had a smooth ride this season but their ability to break down defense shouldn’t be overlooked. Despite finding it hard to cope without their former captain Jack Grealish, Aston Villa has highly experienced personnel to cause enough havoc for the Merseyside Blue. Aston Villa will need to get Buendia, Ings, and Bailey to connect much better and try to open Everton’s defense with their pace, trickery, and off the ball movements especially from both Bailey and Buendia who are known to be good with the ball at their feet and also with the ability to create enormous goal-scoring chances.

Can Everton carve out yet another three points?

Everton could consider playing a high line to force Villa out of position which opens up spaces behind their midfield and leaves them vulnerable on the attack. Everton have recorded a very low possession stat thus far which shows that they’ve relied more on soaking up pressure and hit the opposition on a quick counter-attack which was successfully done against Burnley.

In the absence of Dominic Calvert-Lewin, Rafa Benitez will look to rely on his pacey wingers like Gray, Townsend, or Iwobi to run at the host’s defense during the transition to support and unleash the tricky Brazilian forward Richarlison. A player like James Rodriguez will be suited for this encounter as his vision and accurate through balls will be needed to allow quick transition from a deep position to the attackers.

Aston Villa’s new forward Danny Ings has scored more goals (5) against Everton than any other Premier League club. It should be noted that the England international forward has achieved such feat in his previous Premier League clubs such as in Southampton, Liverpool and at Burnley.

Danny Ings currently has two goals to his name but his presence, experience and unpredictable nature inside the box will be a tough task for the Merseyside Blue club to curb.

The swift and experienced winger Andros Townsend has been on a great run this season, the England international player who was recently signed from Crystal Palace has scored a goal and amassed two assists in four games this season, which ranked better than his record at Crystal Palace last season. The blistering winger has been one of Everton’s standout performer thus far and his contribution on the pitch will need to be checked by Villa as he can be very dangerous around the box.