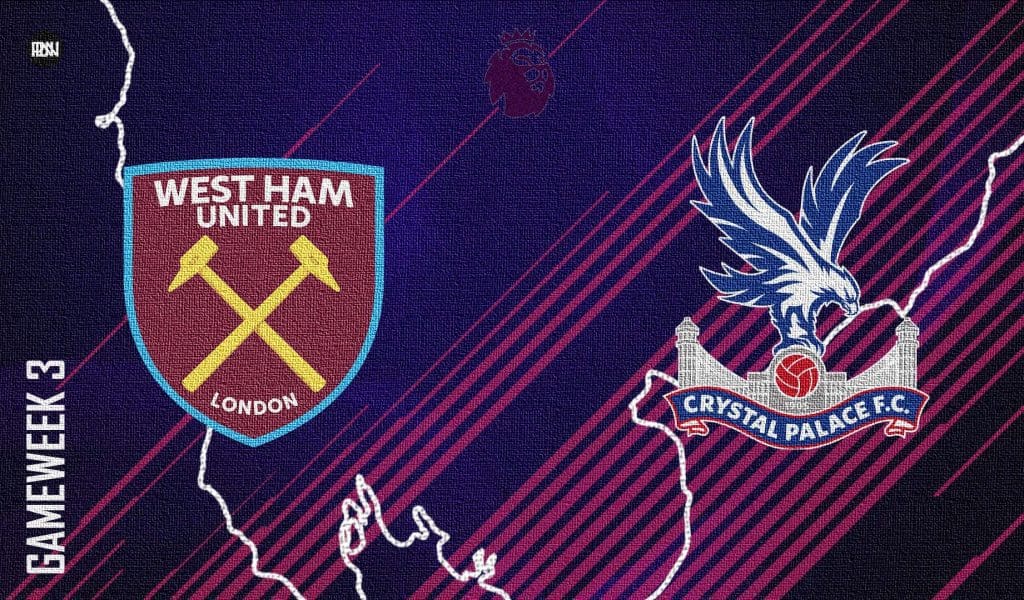 West Ham did extremely well in the Premier League last season, finishing sixth with 65 points from 38 games, ensuring that they will play in the Europa League group round in 2021-22. Due to an uneventful summer transfer market – at least until now – many questioned if the Hammers would be able to deploy another bid for a European spot this season, but David Moyes’ side has been in fine shape in the early stages of the campaign.

Meanwhile, Palace began the 2021-22 Premier League season with a 3-0 loss against Chelsea on the opening weekend before drawing 0-0 with Brentford at Selhurst Park the following weekend. On Tuesday, the Eagles were also involved in the Carabao Cup business, with a strong team losing 1-0 to Watford, ensuring that new head coach Patrick Vieira is still without a win as the club’s manager. Because their next two Premier League games are against Tottenham Hotspur and Liverpool, Palace will be apprehensive of another dismal result on Saturday.

During the 2020-21 season, Palace earned a point in the equivalent fixture, and they have been only defeated once in the Premier League away from West Ham since January 2017.

Winston Reid and Arthur Masuaku will be sidelined again for West Ham, but the Hammers did not have any new troubles in their victory against Leicester on Monday night. The players have had more than enough time to recuperate after not playing in the EFL Cup during the week, and it would not be surprising to see a similar starting XI as it was against Leicester, with Benrahma, Fornals, Bowen and Antonio upfront.

Michael Olise, Ebere Eze, and Nathan Ferguson remain injured for Palace, while Luka Milivojevic is expected to be left out again due to some personal reasons. Vieira is anticipated to make alterations from the starting lineup against Watford, with James McArthur, Christian Benteke, Tyrick Mitchell, and Vicente Guaita expected to return. However, the Eagles fielded a solid team against Watford, and Wilfried Zaha, Conor Gallagher, and Cheikhou Kouyate should all return to the starting lineup this weekend.

Can Moyes’ resilient attack be stopped?

West Ham are in fantastic form and do not appear to be slowing down anytime soon, having won two games in a row and scoring eight goals in the process. With Michail Antonio scoring for pleasure and him becoming West Ham’s all-time Premier League goalscorer, Palace and the rest of the team should be wary heading into this match.

Michail Antonio,  Said Benrahma, and Pablo Fornals have been excellent upfront for the Hammers’ attack. They also have good depth on their bench with players like Andriy Yarmolenko and Manuel Lanzini, and with firepower like that, it will be tough to keep West Ham’s forwards silent.

Can Vieira’s Palace finally pick up a win?

Watford knocked the Eagles out of the Carabao Cup round two on Tuesday, also under new boss Patrick Vieira. Vieira will expect a significant reply from his team against their London neighbours at the London Stadium after a sluggish start to the league season and an early departure from the League Cup.

The Eagles are yet to win or even score a goal under Roy Hodgson’s replacement, with a 3-0 loss at Chelsea on opening weekend, a goalless draw with Brentford, and a 1-0 defeat to Watford in the Carabao Cup second round on Tuesday. With the players the Eagles possess upfront, they will be expecting to at least put up a fight against the Premier League’s most in-form team at the moment.

Michail Antonio, along with Manchester United maestro Bruno Fernandes, is the Premier League’s leading scorer with three goals. Out of West Ham’s 8 goals in the Premier League this season, Antonio has been involved in 6 of them, scoring three and assisting three.

One can easily see how important the Englishman is to David Moyes’ setup and also to the Hammers’ attack. After a fiery display against 10-man Leicester City, the 31-year-old will be ready to make the game pretty difficult for the Crystal Palace players.

Patrick Vieira and Crystal Palace are in desperate need of some motivation to begin their season, and Wilfried Zaha appears to be the man for the job. The Ivory Coast international is one of the most difficult forwards to deal with, and on his best days, he can be untouchable.

He is yet to find his feet this season and once he does, he will surely be a force to be reckoned with. With 11 goals and four assists, Wilfried Zaha was Crystal Palace’s top scorer last season. In addition, he produced 38 percent of Palace’s goals. He would certainly be the most threatening player for the visitors at the London Stadium on Saturday.