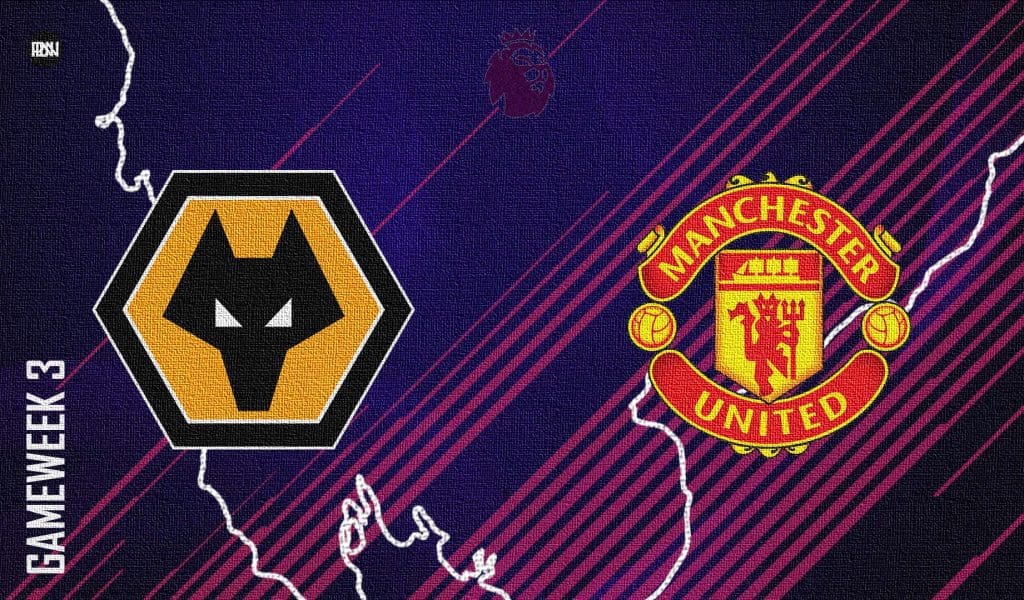 Manchester United has been in the talks this week after their remarkable announcement stating the return of The Best in the game, Cristiano Ronaldo. While all heads have turned towards the move, Ole and his boys could not deviate their minds from the game they play this weekend. They will visit the Molineux as they will face new looking team of Bruno Lage.

Manchester United’s first game in the season was just mesmerizing to the eye but the second game did show that there is still room for improvement. A Mason Greenwood goal was able to help Manchester rescue a point against Southampton. Ole will mark his 100th Premier League game as the manager of his beloved club, as he aims to continue a legacy as he will be the 9th person ever to reach this mark. Out of the previous 8, only two of them have managed to win their centurion game and thus it will be a nice record to have if he could guide the Reds to a victory.

Wolves just did not have the best of the start this season as they trailed both the matches with identical score line of 1 to nil. It will not be wrong to say that the team is still understanding the tactics of the new Portuguese in-charge. Two very difficult fixtures against two of the best teams in the Premier League in the opening two weekends should not hit the morale of the players. They have given many instances to keep the fans have faith in them but with 0 points in front of their name will still hurt them.

Podence has finally made his return as he was on the score sheet in the club’s EFL Cup game this midweek. He definitely will be a delight for the manager as the Wolves need something clinical in front of the goal. But Wolves will still miss Jonny and Pedro Neto as they look to register a point on the points table. Also, centre-backs Yerson Mosquera and Willy Boly have started training with the first-team and could be part of Bruno Lage’s squad on Sunday.

One of the many poster-worthy signings will be ready to make his first start for the Manchester Reds. No, it will not be Cristiano Ronaldo but his former Madrista team mate, Raphael Varane. Varane after making it on the bench in the previous outing, will be making his debut for the Reds. He will be replacing Lindelof directly in the squad as the fans will witness one of the best duos as he partners Maguire.

After undergoing surgery this week, McTominay joins Rashford, Phil Jones, Henderson and Telles to the list which Ole cannot select from.

Can Wolves finally finish in front of the goal?

16th position in the table just does not give justice to the way Wolves have played the first two matches. A team with a plethora of shots has just not been able to register a goal yet in the Premier League. Only 5 teams have registered more shots on goal than mighty Wolves over the course of two game weeks, yet the lack of clinical finishing has set the team back.

Jimenez and Traore sit very high on individual shots taken but have not inspired the team to register a goal. The former has made his return after a horrific skull injury the previous season, but he has still not got his shooting boots on yet. While the latter mentioned has just skyed off two very easy chances in front of the goal and has a record of his own, scoring just 2 out of the last 76 chances. The pair will have to step up if they want to retain a place in the starting XI.

However, the mid-week game against Nottingham Forest has a lot of positives for Bruno as his team scored 4 times in the Cup game. Returning Podence, and Trincao have given a headache to Bruno as they portrayed how to score and it will not be surprising if they both could get a start or are introduced early in the game.

Manchester mid-field vows to be shadowed by the new signings?

While the duo of Bruno and Pogba looked spectacular for the Reds, the double pivot behind them was very sloppy in the second game week. Matic and Fred did not convince any Manchester fan and they will look for an answer from their boss. Could this be the time that Manchester finally moves to a traditional 4-3-3 with two attacking 8s and one single holding defender?

While Bruno and Pogba partnership might cherish a double 8 system, this also allows Ole to have an extra attacking player on the pitch with many options to his disposal, with the addition of CR7. Also, Varane’s addition to the team will allow Manchester to play the high-line that can help the midfield massively with any of the two center-backs filling in the midfield void, if any left during a counter. The pace and recovery of Varane will compliment the system and a commanding role by Maguire with his full-backs could answer the midfield vows.

The midfield and defensive line must be on their toes against an attack-minded Wolves team which has shown glimpse of how dangerous they could be if they could find the net. A test will definitely be put up against the Manchester team, but the game could be a repeat of Leed’s game as well, where Leeds also went all out attack and the counters of Manchester were too lethal to handle for the opposition.

The transfer speculations are not over for Manchester United, and to answer their above-mentioned midfield vows, a name speculated is of Ruben Neves. Thus, this could be an audition for the Portuguese, midfielder. His presence alongside Moutinho in the midfield has been charming for Wolves for many previous seasons, and playing against a team which is struggling in midfield could help Wolves register their first win. Some sloppy passes in midfield by Manchester United, could be pounced on well by Ruben and with his wide range passing abilities, he could set the wide-men of Wolves to initiate a counter. Releasing Trincao and Adama could be very crucial with the on and off the abilities both men have. Raw pace and physicality of Adama with dribbling ability of Trincao could be a trouble for new defensive line of United. Thus, midfield battles will be very interesting as both teams will try to attack constantly and the winner in midfield will decide whom the game favors.

New name in the Premier League but not a new one when in the football circuit. One of the best players in the last decade, the World Cup winner will make his debut for the Reds and will start a new dynamic partnership with one of the already existing best defenders in the league, Harry Maguire. Varane plays on the right, while Maguire on the right. Varane has the pace to recover, Maguire has the ability to play with ball. Varane can track back well, Maguire can win any duel, ground or aerial. This on paper looks like heaven to the Manchester fans as after long they will cherish a defensive backline this solid but what matters is what they do on the field and that is what we need to keep an eye on!