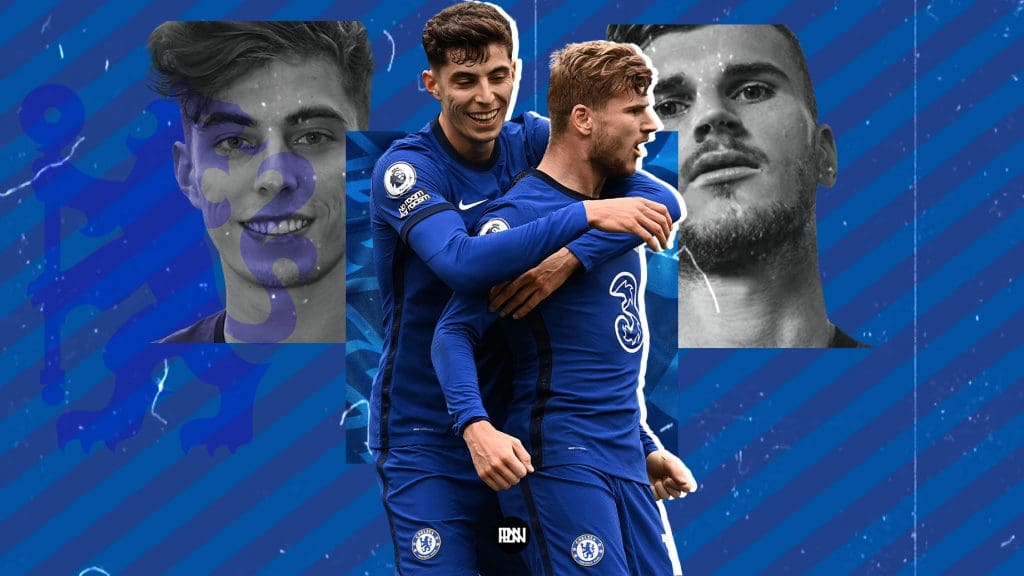 Kai Havertz might have stolen all the limelight with the goal in Chelsea’s Champions League final win over Manchester City two months ago, but it was another German who also played an important part in what turned out to be the winner.

As Mason Mount looked upright on the halfway line, Timo Werner had made a dummy run towards the left which took Ruben Dias along with him – leaving acres of space infield for Kai Havertz to run into. Mount picked his pass well enough for Havertz to go through on goal and finish calmly past an onrushing Ederson.

As a matter of fact, the entirety of Werner’s first season in England could well be summed up by the Champions League final.

The German missed a couple of early chances which could have easily put Chelsea one up in the opening minutes but made up for it with his effective movement and his pace – being a constant menace to the opposition defenders.

Since joining the West London club in the summer of 2020, Werner has often been criticized for his inability to convert chances – but his movement and pace make him a dangerous proposition for any defender regardless of his current finishing form.

Initially signed as the clinical forward who set the Bundesliga on fire with his exploits for RB Leipzig, Werner could not quite live up to the expectations – a common theme for most forwards at Chelsea.

Werner finished with a measly six goals in the league in his first season, but his contribution to the team is much beyond mere goal-scoring numbers – Timp Werner, who was mostly deployed on the left flank by both Frank Lampard and Thomas Tuchel was undoubtedly one of the most creative players in the Chelsea team. His numbers compared to his peers seem to suggest so.

He recorded eight assists in the Premier League – the most by any Chelsea player. When compared to his peers over the past season, Werner ranks in the 91st percentile for assists – having registered 0.29 assists per 90 minutes. He also proved to be an effective carrier of the ball as well, as he also ranks in the 85th percentile for progressive carries per 90 minutes with 5.12.

In addition to that, Timo proved to be a constant menace with his pace and added a different dimension to the team with his acceleration which often won Chelsea spot-kicks. Werner won a total of six penalties in the Premier League last season, the most by any player in the league.

Apart from what he provides upfront, Werner’s defensive ability and his willingness to defend his team makes him such an important team player. Werner made 0.87 tackles per 90 minutes last season, as well as 0.82 blocks per 90 minutes – ranking in the 74th and 61st percentiles respectively.

All of these attributes make him a truly undroppable asset for Thomas Tuchel, despite the finishing woes that has seen him miss a total of 18 big chances in the Premier League last season. Werner struggled with his confidence throughout the season and often looked out of place in front of goal, something not usually associated with a finisher of his reputation.

However, Werner’s inability to be a clinical finisher has seen Chelsea be linked with some of the top strikers in the market right now – and Roman Abramovich’s reported ambition might well help the Blues land a big-money forward such as the likes of Erling Haaland.

Even if a forward like Haaland does join Chelsea this summer, Werner’s place as a starter is likely to not be affected as he offers much more than what the casual viewer usually comprehends.

Creative ability, pace, and movement as well as defensive calibre – Timo Werner has got it all, and if he can add the clinical nature to his game in his second season in England, Chelsea are well set for a great follow-up to a very successful season that was.