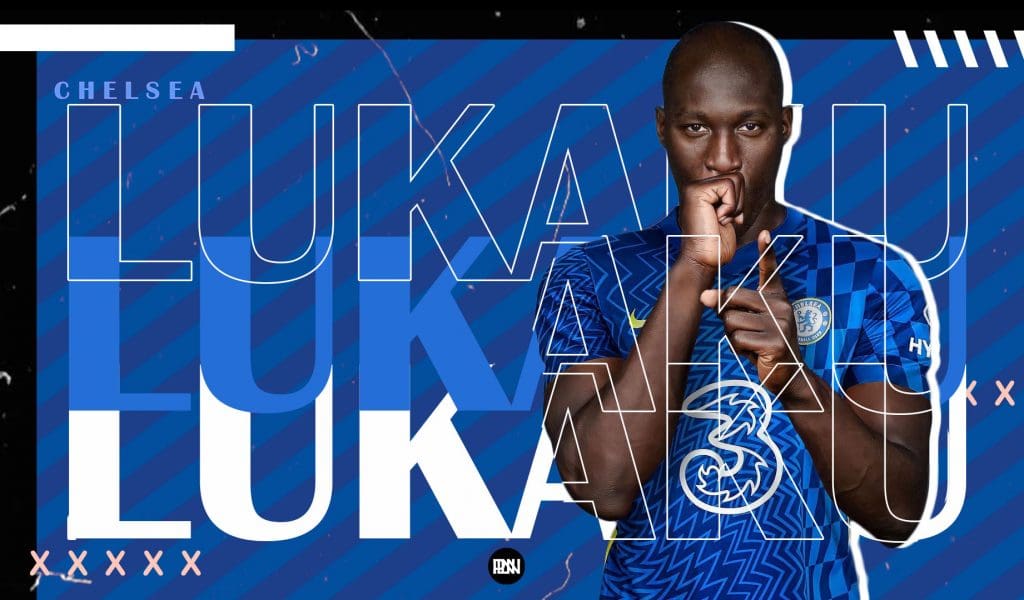 Chelsea’s pursuit of a marquee centre-forward this summer has now linked Romelu Lukaku back with the club.

With Erling Haaland’s listed price proving to be too much for the Blues, the West London outfit have turned their attention to try and bring Lukaku to Stamford Bridge.

Reputed sources have suggested that Chelsea’s bid of €120m along with Marcos Alonso was turned down by Inter Milan who are not willing to part with their superstar, but there is a feeling that a bid in excess of that is likely to be accepted.

With his agent Federico Pastorello pushing for a move to Chelsea, it would not be surprising to see Lukaku line up in royal blue by the end of the transfer window.

Chelsea bought Lukaku from his boyhood club Anderlecht in 2011, but his discontent about lack of game time meant that instead, he was sent on consecutive loans to West Bromwich Albion and Everton, both of which ended up being very successful for the Belgian.

Lukaku was eventually sold to the Toffees for whom he scored 68 goals in 141 league appearances, earning him a shot at a big-money move in the summer of 2017. While Antonio Conte’s Chelsea were the frontrunners to land him to replace Diego Costa, intervention from his former agent Mino Raiola meant that Lukaku opted for rivals Manchester United. Lukaku spent two seasons at Old Trafford, scoring 28 goals in 66 league appearances.

He proved himself as an established finisher in the league, scoring 113 goals from 252 appearances in the Premier League before Antonio Conte beckoned once again – this time at Inter Milan. It was his time in Milan that helped him establish himself as one of the best strikers in the world, as Lukaku scored 47 goals in 72 league appearances for the Nerazzuri, helping them to win the Serie A title in the 2020/21 season – while finishing as the competition’s Most Valuable Player.

Romelu initially wanted to stay in Milan, but long-term interest from Chelsea has made him think twice – the Belgian thinks he still has ‘unfinished business’ in London. The potential transfer is likely to break the English transfer record, but the question stands whether the move back to Chelsea is likely to be successful or not.

The answer (as it looks) is yes, as Lukaku solves most of the club’s problems on paper.

Lukaku is reputed to be one of the best finishers in Europe, and just his finishing ability alone would ease Chelsea’s goalscoring problems. When compared to peers in the top five European leagues over the past year, Lukaku averages 0.64 non-penalty goals from a non-penalty xG (expected goals) of 0.58 per 90 minutes – implying that he is an above average finisher at least, who is likely to take his chances more often than not. Despite being primarily left-footed, Lukaku can finish well with either foot. His record for Belgium speaks for itself – he is the country’s all-time top scorer with 62 goals.

Apart from that, Lukaku is also a creative force to be reckoned with, having created 0.22 xA (expected assists) per 90 minutes over the past year. The Belgian also creates 3.52 shot-creating actions per 90 minutes, ranking in the 91st percentile amongst peers – and certainly looks capable of setting up a chance or two for his strike partners in Timo Werner and Kai Havertz.

Romelu is also known to be a dressing room leader, and the fact that he has previously been quoted talking about Chelsea being his favourite club while growing up means that he will be committed to the cause – being the valiant, aggressive leader upfront that Chelsea needed, and have lacked since the departure of Diego Costa. He is quite the physical specimen, and excels at holding the ball up alongside a more mobile strike partner to play off of him – the Belgian forward struck a deadly partnership with Lautaro Martínez at Inter.

Standing at 1.93 metres, Lukaku is an aerial threat as well – and could well provide finishes to accurate crosses put in by full-backs – while he profited off Hakimi’s crossing at Inter, Reece James is a brilliant candidate to follow on Hakimi’s shoes and provide fairly decent service.

While his massive frame might suggest that the Belgian is not the most mobile player on the pitch, Lukaku is also deceptively fast over distance and possesses wicked acceleration for a man of his size. The fact that he is 28-years-old and approaching his prime means that Chelsea are likely to get his best years ahead of him is also a reason why Chelsea should get him, even though an underwhelming spell might not fetch a lot of money for the Blues in case they do want to ship him on.

But despite his lack of re-sale value when compared to someone like Erling Haaland – Lukaku is definitely the more proven candidate to solve Chelsea’s problems.

Getting Lukaku this summer will mark an end to the club’s pursuit of Haaland, as the Blues will then most definitely miss out on the generational Norwegian forward who will have a lot more suitors with his release clause of €75m being activated next summer. But while Haaland was likely to use Chelsea as the stepping stone for the next step in his career, Lukaku’s potential move back to Southwest London has an air of finality about it. It will come full circle for the Belgian as after previous attempts to come back to the club, Chelsea will likely be his home for the best years of his career.

One can be sure that the Belgian will definitely be up to the challenge to prove his worth at the club that he was destined to succeed at, and finally settle his unfinished business at Stamford Bridge.