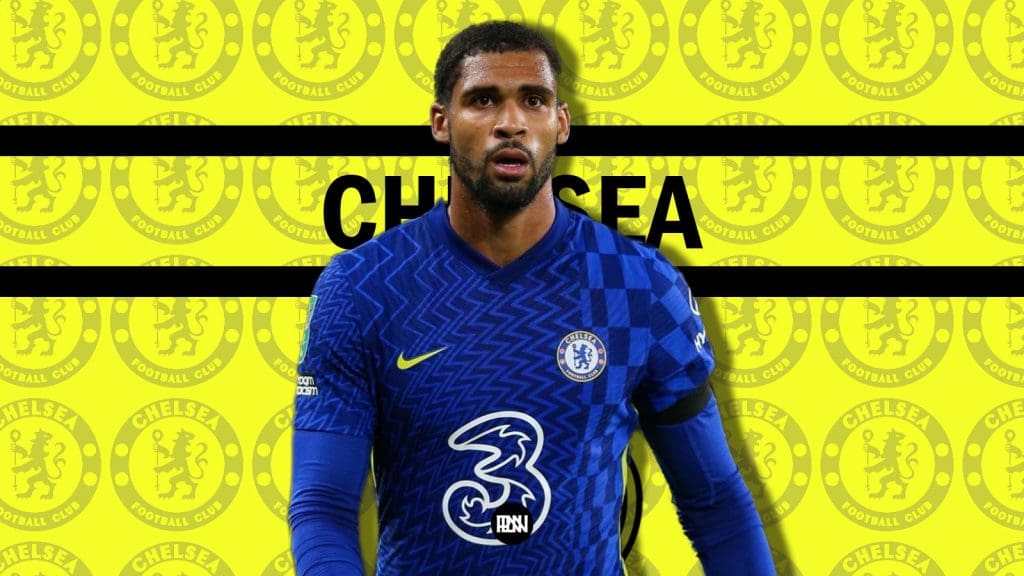 After two defeats to respectable opposition in the space of six days, Chelsea returned to winning ways with a 3-1 win over Southampton at Stamford Bridge. Goals from Trevoh Chalobah, Timo Werner, and Ben Chilwell helped the Blues go top of the Premier League standings as there were a lot of positives for Thomas Tuchel to take from the game – but none more so than the revival of a player nobody gave a chance to at the start of the season. Ruben Loftus-Cheek was given his first Premier League start for the Blues in more than a year, and he certainly made the most of it.

The Chelsea academy graduate was given a chance to impress off the bench in the 1-0 defeat to Man City last weekend, and his impressive cameo merited a starting position against Juventus in the Champions League on Wednesday. Even though the Blues were uninventive and lacked creativity in a second successive defeat, Loftus-Cheek provided the drive and desire to make things happen. His performances in the last two games – albeit both came in a losing cause – prompted Tuchel to reward him with his first Premier League start for Chelsea since September 2020. It would not be an exaggeration to say that he took his opportunity with both hands.

MUST READ: Thomas Tuchel’s tactical tweak that toppled Tottenham: & what it bodes for the Blues for the rest of the season

With midfield mainstay Jorginho being handed a much-needed rest, Loftus-Cheek started as one of Tuchel’s ‘double sixes’ alongside Mateo Kovacic. The Englishman made his influence stand out from the early minutes, providing a very different profile than his competitors in midfield. Loftus-Cheek helped Chelsea look strong and menacing in possession in the middle third, and showed some excellent ball retention to neutralize the Saints’ pressing. In addition to that, he provided height in set-piece situations to add to Chelsea’s early pressure – and the Saints did eventually yield. Loftus-Cheek flicked on a Ben Chilwell corner to the far post, where Trevoh Chalobah met it with his head to send Chelsea into a much-needed early lead at the Bridge.

After marking his return as a Premier League starter for Chelsea with an assist in the early minutes, Loftus-Cheek grew in influence as he bulldozed through the Saints midfield on a number of occasions – no other player on the pitch attempted as many take-on as him. Loftus-Cheek also showed the creative ability that the Blues were lacking in their two consecutive defeats before the Saints game, as he made two key passes and created three chances. Loftus-Cheek completed eight ground duels and had a 82% pass percentage, and also posed a goal-scoring threat from outside the box – his stunning first-half volley only scraped past the post.

Apart from his obvious attacking abilities, Loftus-Cheek impressed from a defensive perspective as well – the Englishman racked up 10 recoveries and won 50% of his tackles. When he was taken off in the 83rd minute, the Stamford Bridge crowd were up on their feet to applaud a player who looks like he is approaching his best once again. Loftus-Cheek broke into the scene as a regular starter for the Blues in the ’18/19 season under Maurizio Sarri, where he played a major role in their successful Europa League campaign. But unfortunately for him, a rupture of his Achilles tendon suffered in a charity friendly in the United States stalled his remarkable rise.

MUST READ: How Andreas Christensen has put behind adversity to become an asset for both club & country

Ruben Loftus-Cheek was never the same since returning to action for Chelsea, and a loan spell at fellow West London club Fulham was not fruitful enough for the Englishman. But upon his return to Chelsea, Loftus-Cheek profited off the clean slate that Thomas Tuchel provided for every player who wanted to impress him – and is currently knocking on the doors as a trustworthy candidate for Tuchel’s ‘double six‘ midfield pairing. The Lewisham-born midfielder attracted a lot of plaudits for his impressive performance, as Ian Wright called him a “scary” and “dangerous” midfielder following the match – and his head coach did not shy away from praising him as well. Tuchel explained his decision to play him by saying that Chelsea wanted to play through the high-pressing Saints midfield, and hence he picked two midfielders who can not only pass well but also drive with the ball to escape pressure. Loftus-Cheek showed plenty determination and dedication and looked like a player who has a point to prove after being written off by most, but what many undermine is that the Englishman tops the number of dribbles complete among central-mids per ninety in the Premier League.

When Chelsea signed Saúl Niguez on deadline day in the summer transfer window to boost their midfield options, many saw him next in the pecking order behind Jorginho, Kanté and Kovacic. But the Atlético Madrid loanee’s ineffectiveness in a blue shirt so far coinciding with Loftus-Cheek’s revival has seen the Englishman overtake the Spaniard in the pecking order. Still 25 years old, Loftus-Cheek – one of the first flagbearers of the Blues’ youth revolution which is currently at its peak – has shown a resurgent side of his game, and has undergone a revival which has seen him reinstate his position as an excellent option in Thomas Tuchel’s superstar arsenal.