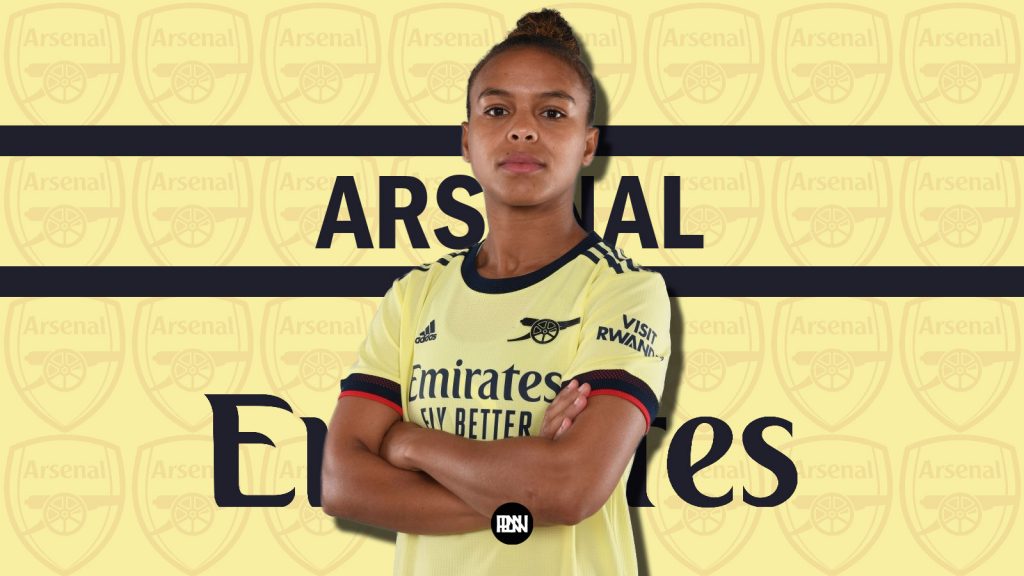 Nikita Parris joined Everton’s first team in the 2011 season at the ripe old age of sixteen and scored a brace at the highest level of European football, the Champions League. However, Parris only started scoring in her penultimate Everton season, where she scored 6 goals in 11 games (0.54). She also scored her first WSL goal in that season, aged just 18. In the 2014 season, she produced a similar conversion ratio (0.46).

But, in 2015 things changed. Despite having a relatively good individual season, Everton were relegated. As a result, she followed Toni Duggan to Manchester City (on loan at the time, but it became permanent the season after, likely due to not bouncing back) and achieved a 0.44 goal per game ratio in her opening season. Things did fell a notch then (her next season with the blues from Manchester) which was her worst goal per game ratio since her teenage days, with 0.2 goals per game. She picked up steam in 2017/18, with the 24-year-old going back to her old form, with a 0.56 goal per game ratio, her best yet. She then doubled down on it in 18/19, with a 0.88 ratio, and also picked up six assists. That would prove to be her last season in a Man City shirt, and she left the WSL to join French giants Lyon.

With joining a new club comes a lack of appearances, so Nikita Parris played only sixteen times in her first season in France, and recorded 0.43 goals per game ratio, which is more than should be expected with adaptations to factor in. Her second and last season with Lyon was decent, with a 0.53.

So, we’re back to the present day now. Nikita Parris is in her prime age, but is on track to a terrible season which matches her earliest days, and may even go past her horrific 15/16 season (by her standards anyway).

Nikita Parris has a character though. She’s gone through tough times, such as that 15/16 season, and also waiting three years for her first WSL goal mustn’t have been easy. After all, it’s her upbringing that helps her know how to get back onto her feet. As she said herself, “being the best is applying yourself to your potential, putting out the best version of yourself.”

(we’ve compared goals per game ratio as concerning the clinical-ity in front of goal – something Parris is known for. And comparing only goals will be too tough to get respective conclusions.)

Nikita Parris has played as a winger as well as a striker, but it’s looking like she’s going to be primarily utilized as a former rather than latter for the Gunners. Parris has shown time and time again that she can provide quality from the wings, and give a spirited performance in every single game. Nikita Parris’ best days should be ahead of her, with her average goal per game ratio progressing as her career has. But being played on the wing will definitely hinder her goals this season unless she starts drifting in and notching some up in a classic Alexis Sanchez style.

This one obviously makes sense, but it’s not like when she went to Lyon. She’s played in the WSL before, and played in the league for over eight years. Sure, she might have lost her flow a bit, but she’s recorded a 0.54 ratio at 19 years old, so surely, coming back eight years later, she should be able to easily match that now. But sadly, she has been one of the most disappointing of all the new signings so far, with Simone Boye being the only competition, with all due respect to Boye with her injury struggles.

This is an interesting one to discuss. Is Nikita Parris’ start to the season just bad form? I don’t think so. Nikita Parris has fallen down the pecking order, with Vivianne Miedema, Katie McCabe, Beth Mead, Tobin Heath, Mana Iwabuchi and Caitlin Foord more likely to start a match than her right now. Heck, you may as well add Lisa Evans to that list. I think at the moment it might be more about a bad performance or an unlucky slice of the ball. So I think this is more likely than the first, but it’s gone on for quite a bit now, and goals in the Champions League qualifiers isn’t what she was bought for.

This theory makes the most sense and is what could be going on. With the competition now surpassing her due to the competitive nature of the Arsenal squad, Nikita Parris may have started to lose some confidence, with the same amount of faith not being shown to her due to how stacked the squad is. She isn’t being shown the same loyalty that she was at Everton or even Manchester City, where she could put in a mediocre performance and still get picked. In this Arsenal squad there’s so many options that if you have a poor run of form, your minutes get subsidized. Another example of this happening is Vivianne Miedema being subbed off just after the hour mark. Many think this is so Jonas can rest her, but being subbed off four times at a similar time in the match is no coincidence. And when you pair this up with the fact that she hadn’t performed well in those matches, let alone scored, it starts to make sense.

THE FUTURE FOR NIKITA?

Nikita Parris will bounce back. How and when is another question entirely. But we’ll never ever know which reason this was for, so all we can do is speculate. I’ve obviously gone for the most compelling and most factual arguments, because I have an obligation to tell you the truth. I don’t know how her future at Arsenal will be, but for now, she needs to just focus on herself. And I think, if I was Jonas, I would start her centrally against West Ham. She’s stronger down the middle, so playing her there would show faith. And with people like Tobin Heath and Beth Mead around her, she’ll get going eventually.

– Willie Kirk’s Sacking: Are Everton too ambitious for their own good?
– Why has Beth Mead become so good recently?
– What does Tobin Heath bring to Arsenal? 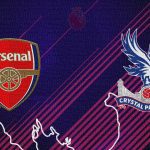 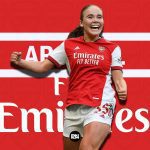 Alex Hennessy: Arsenal’s upcoming ace we need to keep an eye on
Leave a comment