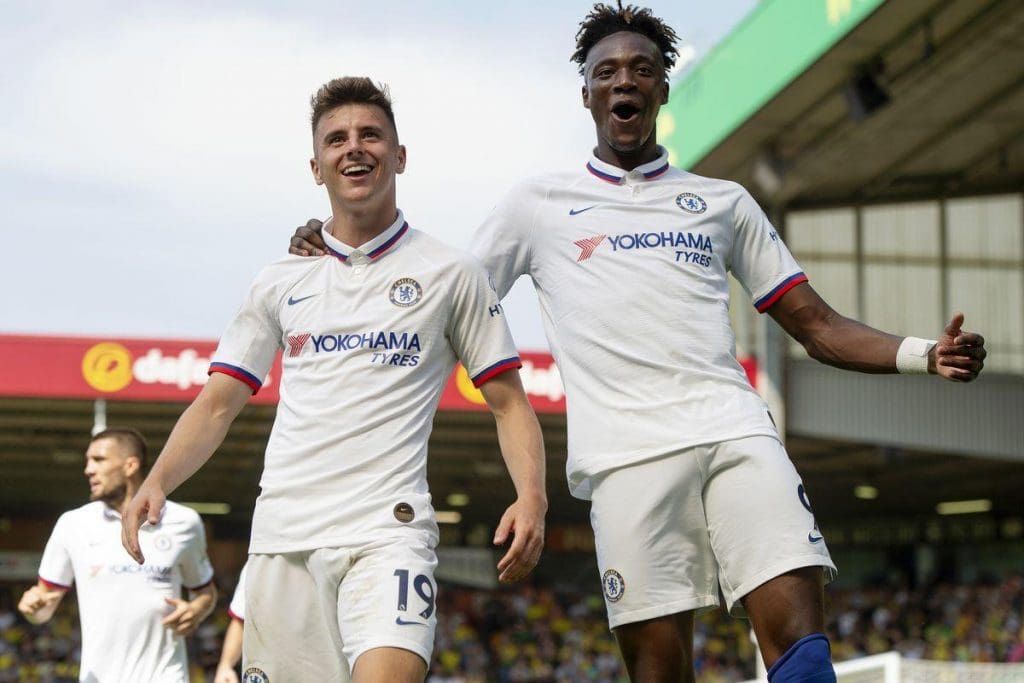 Liverpool maintained a 100% record start to the 2019/20 Premier League season, as Pep Guardiola’s side continue to pile pressure, with Chelsea, Man United, Arsenal and Tottenham all dropping vital points.

In a 4-3-3 formation, we have Premier League News Now Team of the Week for matchday four:

Goalkeeper – Angus Gunn
The Southampton goalkeeper was the reason behind the Saints’ decent scoreline against Manchester United. He made important saves to deny Daniel James and Marcus Rashford on several occasions, though the former opened the scoring.

Defender – Ainsley Maitland-Niles
Yet another good performance from the promising right-back who has fitted in quite well at Arsenal. He made important runs during the game and also gave cover at the back.

Defender – Jannik Vestergaard
Though unable to stop the opener, Vestergaard equalized for Southampton in their game against Manchester United  and portrayed leadership at the back.

Defender – Virgil Van Dijk
After being dribbled past last weekend, the Liverpool defender kept his composure on a ground where many have failed to keep a clean sheet.

Defender – Arthur Masuaku
With an assist to his name and his essential defensive contributions, the Hammers defender definitely deserves a place in the team.

Midfielder – David Silva
Yet another master class from Silva and you wonder until when you see no more. With two assists against Brighton, the midfielder gets a chance .

Midfielder – Youri Tielemans
The Belgium international was on the score sheet as Leicester defeated Bournemouth 3-1, he also provided the assist for Jamie Vardy’s second goal of the game.

Midfielder – Kevin De Bruyne
The midfielder has enjoyed a good start to the season and continued to flourish. He scored one and assisted another in Manchester City‘s win.

Forward – Jamie Vardy
Vardy continued his performance from his previous game, as he hit a brace in Leicester’s 3-1 victory over Bournemouth.

Forward – Tammy Abraham
Since his blank in the first two games for Chelsea, the young forward has built confidence in his game, scoring 4 goals in his last 3 appearances in the Premier League.

Forward – Sergio Aguero
The Man City man found the back of the net  twice against Brighton, as his chase for this year’s Golden Boot takes another step forward.

Ben Chilwell: We are confident we can beat any team in front of us
Kieran Trippier – ‘Football is about taking risks’
To Top