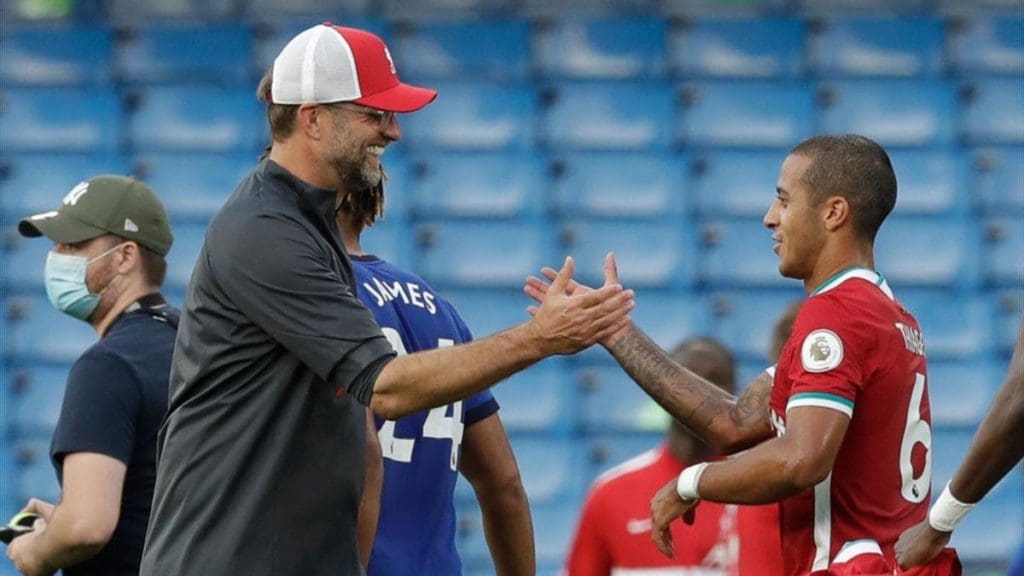 Liverpool has become the undisputed champions in recent times with victory after victory and getting four trophies on the trot. But if there is an opponent that they fear, it is Arsenal as they have lost to them on two previous occasions.

One could argue that the Community shield was just like a friendly (after all, we know how seriously Klopp takes the domestic titles). The last league match they lost against Arsenal was after everything was wrapped up, and that there wasn’t much urgency or desire in their play.

So the possible lineup that Liverpool could field out against Arsenal, in my opinions, is

The midfield 3 of Thiago Alcantara, Georginio Wijnaldum, and Naby Keita are most likely to start the game as Jordan Henderson is sidelined for this all-important clash. It may seem a bit early for Thiago to be chosen in the starting 11, but can you debate this point, especially after having the perfect debut against Chelsea. His creativity from the deep end could be a great asset and even the deciding factor.

Liverpool’s back four of Trent Alexander-Arnold, Andrew Robertson, Virgil van Djik, and Fabinho are the most likely options as looming injury crises may keep Gomez and Matip out of the game. I hope that Gomez makes his comeback in time and is fit for Arsenal’s match, but Fabinho has shown on more occasions than one that he is more than capable of filling in at the center-back position.

Alisson Becker in between the sticks is almost a confirmed thing, and there is no one to challenge him for the pole position right now.

Depending on who starts in the midfield, I have a feeling that Milner and Thiago may get a chance to come from the bench at a later stage in the game, that is, if Thiago is not already starting.