Inter Milan are reportedly set to announce the permanent signing of Alexis Sanchez on a permanent from Manchester United today, the club’s CEO has confirmed.

The forward has been on loan with the Italian side during the 2019/20 campaign, where he has become a vital player despite his early struggles.

He has scored four times in 22 Serie A appearances, while also featuring four times in the European competitions. Sanchez also has nine assists to his name.

Giuseppe Marotta, Milan CEO says that the Chile international’s stay will be extended with the club set to make the announcement shortly.

“Unofficially, we’ll make it official tomorrow morning, the player is entirely owned by Inter,” Marotta said on Sky Sport Italia. “We have a contract with him for three seasons. We believe in him, that he can be a strong part of this squad and are happy to have concluded this deal.”

Inter manager Antonio Conte had recently claim the club gave him and his players zero protection during the just ended Serie A campaign, but as now reiterated the club is committed to his work while also throwing their support behind the Italian.

“We are all very concentrated on this evening, which is an important match. Conte gave a very clear statement yesterday and we refer you to that,” said Marotta. “Anyone in the football world knows that these dynamics exist and we have to live with this way of doing things. This is an important evening for the future of Inter.

“The owners spoke to Conte yesterday and we all want the same thing, which is to achieve great objectives and make the fans happy.”

He added: “As I’ve said, I honestly just want to focus on this evening. In a larger analysis of a growth process and plan for a new era, with Steven Zhang taking over as president only last year too, these dynamics happen. There are also some objective results that show how we’ve developed.

“We are happy, but want to keep going, improving and reaching even higher objectives. I heard when we stepped into the stadium tonight that we are the vice-champions of Italy, and that really did take me by surprise, but that is what we are and we want to do even better next year.” 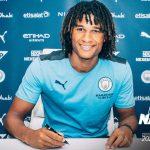